Six French films will be screened at California State University San Marcos (CSUSM) this spring as part of The Tournées Festival. Organized by the French program in the Modern Language Studies Department in collaboration with various academic departments and colleges, the Tournées Festival is made possible with the support of the Cultural Services of the French Embassy in the United States and the Centre National de la Cinématographie et de l'Image Animée, and SACEM's French American Cultural Fund. Running March 3 through 24, all of the film screenings are free and open to the public.

Festival films will include recent releases such as “Coco Avant Chanel/Coco Before Chanel,” a thoughtful exploration of the pre-fame life of one of the world’s greatest fashion designers, as well as the 1960 classic cult film by Director Jean-Luc Godard, “À Bout de Souffle/Breathless,” which started the film movement known today as The New Wave/ La Nouvelle Vague.

“These recent films from the Francophone world have received critical attention abroad and in the United States,” said Marion Geiger, associate professor of modern language studies. “We have included different film genres—comedy, drama, biography, documentary—some traditional and some experimental, with an emphasis on recent Francophone animation films, as filmmakers challenge our viewing habits with unusual, fascinating and important stories.”

Geiger hopes that the films will inspire conversations among members of the audience and the many invited guest speakers.

“Some films present a distinctively European perspective on cultural icons and themes such as fashion, food, romantic love and women’s roles in society; and we want to ask how the stories and situations in these films compare to U.S. realities and viewpoints, and what the cultural comparison reveal about our own ways of thinking,” she said. “These topics invite cross-cultural comparison and inter-disciplinary dialogue.” 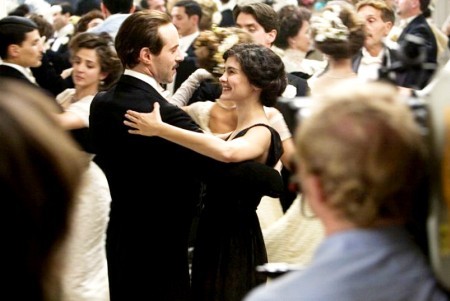 Anne Fontaine’s thoughtful exploration of the pre-fame life of the world’s greatest fashion designer focuses on Coco Chanel during the Belle Epoque. The film opens in 1893 with a powerfully grim scene of 10-year-old Coco and her sister unceremoniously dumped at an orphanage and ends around World War I, a few years before the Chanel empire is launched. 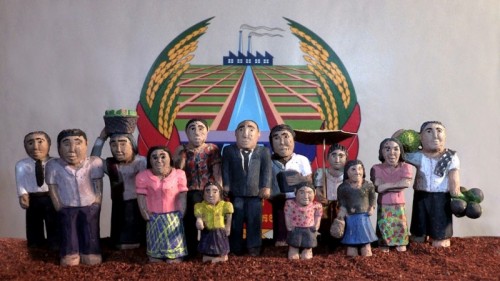 How can a filmmaker portray incomprehensible barbarity, especially when he himself and everyone he knew and loved was directly affected by this horror? Rithy Panh ingeniously uses carved and painted figures to represent himself and his family (and many others) who had to flee Phnom Penh for agricultural labor camps on April 17, 1975, the day that the Khmer Rouge seized Cambodia’s capital city. 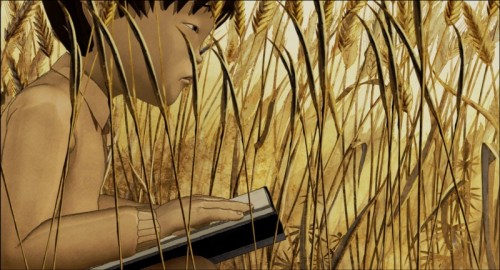 An enchanting hybrid of animation and live-action, this adaptation of co-director Jung’s autobiographical graphic novel recounts his childhood and adolescence after a Belgian couple adopts him from a South Korean orphanage in the early 1970s. Though raised by loving parents and supported by his four older siblings, he often feels like an outsider, and endures many painful episodes, some self-inflicted, in his struggle to understand his identity. “Approved for Adoption” poignantly traces one man’s interrogation of the definitions of ethnicity, culture, and the concept of home. 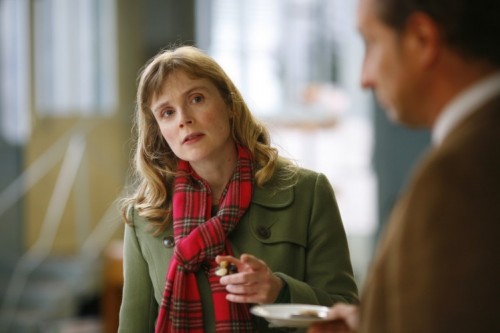 Angélique is a supremely gifted chocolatier, but she’s so self-effacing that any compliment sends her into great distress. Jean-René, the owner of the Chocolate Mill, is so uncomfortable around others that he’s afraid to answer his own telephone. Neither suspects that the other suffers from the same ailment—a predicament leading to very funny results during their first date. Will they overcome their social fears? 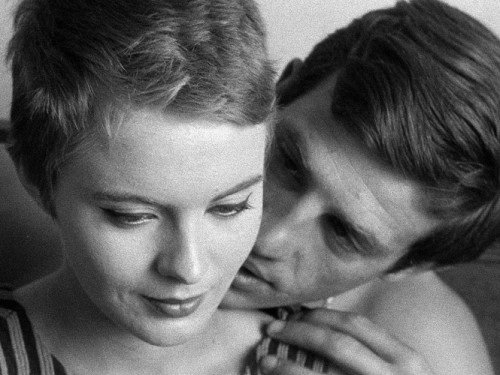 Jean-Luc Godard’s first feature, from 1960, remains not only the signature work of the French New Wave but also one of the most influential films of the past six decades. Godard’s use of jump cuts, on-the-fly location shooting, and fractured storytelling revolutionized film language; these once-audacious formal devices still dominate the way many movies (and TV shows) are shot and edited today. The plot of “Breathless” is simple enough: a two-bit criminal, Michel (Jean-Paul Belmondo), who styles himself after his idol Humphrey Bogart, shoots a policeman in Marseille after stealing a car. On the lam, he travels to Paris, where he reunites with his American girlfriend, Patricia (Jean Seberg), ambivalent at best about their relationship and unaware of Michel’s most recent crimes. 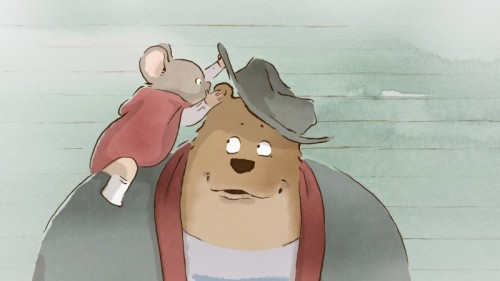 This utterly charming animated film about interspecies friendship is based on a series of children’s books by the Belgian author-illustrator Gabrielle Vincent (1929–2000). In an unnamed French city, two different realms of sworn enemies exist: above ground bears and below ground mice. Celestine, a wee mouse orphan who is being trained for a career in dentistry but dreams of being an artist instead, meets a kindred spirit in adult Ernest, an ursine musician whom she convinces not to eat her.

For more information about the Tournées Festival at CSUSM, visit Facebook.