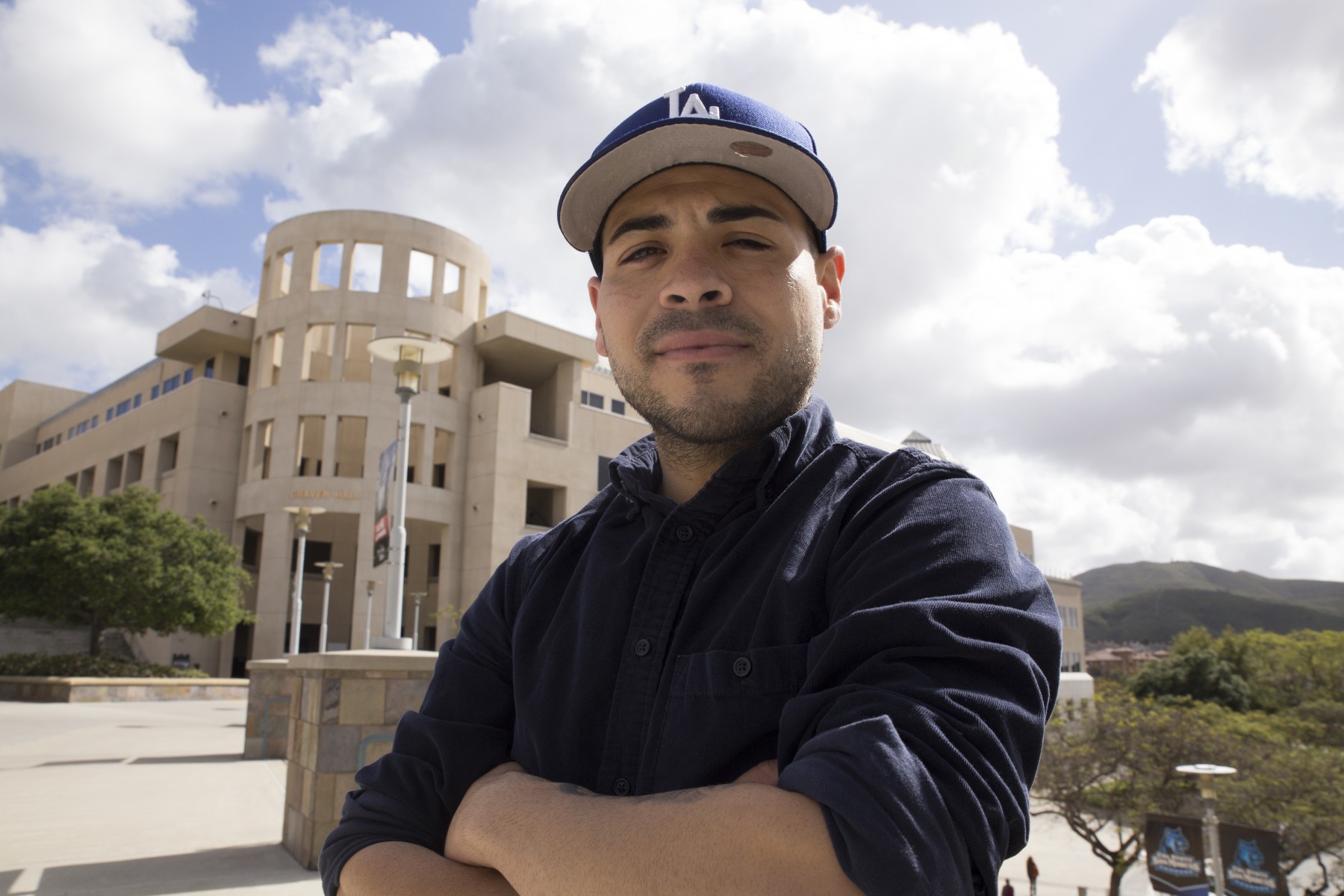 This spring CSUSM will graduate 3,200 students—the largest class in the University’s 26-year history. One of those outstanding students is Jose Plascencia, who began his undergraduate studies in the fall of 2012. Now Jose is preparing to graduate with a master’s degree in sociology and this fall will enter a doctoral program at UC Riverside, funded by a prestigious four-year fellowship.

However, as an undocumented student, Jose’s higher education path has been filled with many hurdles. His story is one of struggle, sacrifice and resilience.

“My parents never finished high school and my dad was in and out of gangs while I was growing up,” said Jose. “I remember my mom was always telling me to be careful on my way to school and to watch out for the police, identifying which ones were worse based on the color of their cars.”

Back then he didn’t know the impact his mother’s insight would have on his studies, but her words and his father’s history inspired him to focus his research on gang-involved youth and their interactions with law enforcement.

While working on his thesis under the supervision of professors Xuan Santos, Christopher Bickel and Karen Glover, he received ethnographic training that allowed him to conduct research on the hyper-criminalization of Chicano youth, and how it affects their identity formation. In addition to his ethnographic observations, he has conducted extensive qualitative interviews of young people who live in neighborhoods marked by heavy police presence.

“My preliminary findings suggest that young men adopt an oppositional consciousness that, on the one hand, protects them from the negative judgment of law enforcement officers, school administrators and community members,” said Jose. “But, on the other hand, as youth adopt styles of dress and communication that embrace an oppositional stance, they are pushed deeper and deeper into what is called the Youth Control Complex.”

The Youth Control Complex is when young men are faced with the dilemma to either comply with demands of authority figures, consequently suffering a loss of identity and self-esteem, or resist hyper criminalization in ways that further criminalize them.

“My interviews with young men highlight how this very dilemma figures prominently in not only how they come to view themselves, but also the world in which they find themselves trapped,” said Jose.

Currently Jose is working on a co-authored article with Bickle titled Captivity: From the Cage to the Streets. The article explores how guards in detention centers and police on the streets mark youth of color as different and unequal. It’s expected to be published this summer.

A personal connection to his research made Jose determined to succeed. Not only is he the first male in his family to graduate from college, but Jose also maintained a 4.0 GPA throughout his studies. He also facilitates several workshops that teach undocumented youth in the community how to apply for college.

“Education was never the theme for me, I just always felt like I was getting lucky,” said Jose. “Every semester I would hope a DREAM grant would cover my studies. The financial aspect of college can be very intimidating.”

But really it wasn’t luck at all. Jose was breaking away from the stereotype and believing in himself. DREAM grants, a full-time job and dedicating extra time to his studies were all part of his recipe for success.

“It took me six years to finish my associate’s degree at Mira Costa College before transferring here,” said Jose. “What I know now is that if students have the right mentorship, anything is possible.”

After graduation, Jose plans to continue his education by obtaining a Ph.D. in sociology. He was accepted to the University of California Riverside and awarded the four-year Eugene V. Cota-Robles Fellowship.

“I am particularly proud of this accomplishment because I overcame so many structural and physical conditions to get this far,” said Jose. “Carrying an unrecognized immigration status with me this entire time has been difficult, but with the help of mentors I have grown into a well-trained academic—one who is grounded in people’s experiences and democratic principles of social justice.”

Jose’s future goal is to teach sociology at a university or college and mentor the next generation of undocumented youth.