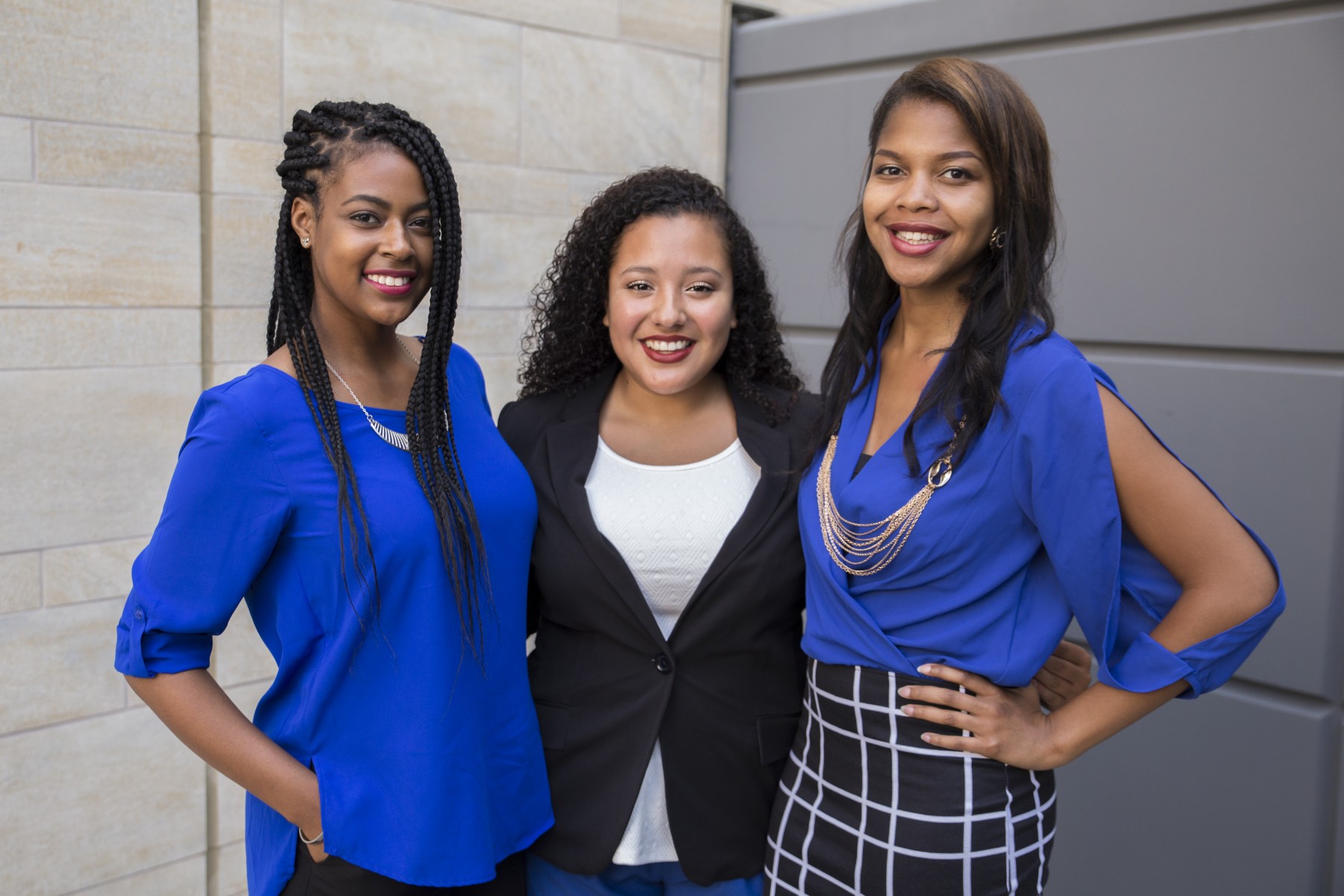 It’s all about letting students know they have a voice in university affairs.

Associated Students, Inc., better known as ASI, is the official student voice of CSUSM and plays an important role in advocating for students at the campus and state level.

“I really want to change the way ASI engages with students,” Tiffaney said. “I want it to be more visible. I don’t think a lot of students understand what ASI does or how it can help them.”

“At CSUSM, students don’t know about ASI as much as they should,” she said. “It is my priority to work with ASI as a whole to better serve, engage and empower students.”

Associated Students was established in 1991 as a nonprofit, student-run auxiliary of CSUSM. It strives to foster awareness of student issues, protect the rights and interests of students, and deliver programs promoting a campus climate that meets the educational, social and cultural well-being of everyone.

The ASI Board of Directors—on which Tiffaney, Bianca and Jamaela sit—comprises 17 elected and appointed students who play a critical role in the shared governance structure at CSUSM and the California State Student Association.

For the first time ever, the top three positions are held by women, all of whom are minorities.

Tiffaney Boyd grew up in Hemet, attended Tahquitz High School, graduates next spring with a double major in social science and communications, and plans to enroll at the UCLA School of Law and become either a defense attorney or perhaps enter the legislative arena. Now interning at the District Attorney’s office in Vista, where she serves as a victim’s advocate, Tiffaney is the first in her family to attend college. She is making the most out of it, establishing herself as a leader.

“I started working as a resident advisor in a dorm during my second year, and that just opened a whole bunch of opportunities for me and put me in touch with a lot more students at the college,” she said.

Tiffaney first served with ASI as a student representative for the College of Humanities, Arts, Behavioral and Social Sciences. Last year she served as vice president of operations. Tiffaney also has served as president of the National Communication Association’s official honor society, Lambda Pi Eta, at CSUSM. Oh, and she’s holding down a GPA of 3.8.

Why run for president?

“I feel that students here needed someone who knows ASI well, knows how it works and knows what it has to offer. I wanted to give the students here a strong voice in our system of shared governance.”

Bianca Garcia was born and raised in Los Angeles County, graduated from Lancaster High School and came to CSUSM because it was a smaller school that she felt would be more conducive to her growth as a person. Majoring in human development with a concentration in health services, Bianca is set to graduate in May. She plans to apply to graduate nursing programs throughout the Cal State system.

She, too, has a history of campus involvement, first serving as a resident advisor for two years. Garcia was encouraged to join ASI by her mentor, former ASI President Haley Perko. Garcia followed the advice, and last year served as a representative for the College of Education, Health and Human Services.

“My platform is to put students first,” she said. “As executive vice president, I want to make an impact on this campus. I want to be a better voice for students and engage them to share their voices.”

Jamaela Johnson is studying human development with a concentration in health and counseling services. Her plans include earning a master’s in education before working for a nonprofit focused on mentoring girls or providing a pipeline to get more African-American students to college.

A native of San Diego, Jamaela later moved to Murrieta and graduated from Vista Murrieta High School in 2011. She chose CSUSM “because it’s a young campus that’s still developing, and I want to leave a legacy here.”

She’s succeeding. Jamaela played a key role in founding the university’s first black fraternity, Omega Psi Phi, and is in the process of establishing the campus’s first National Pan-Hellenic Council sorority. She also worked for two years as a peer educator at the Gender Equity Center. This is her fourth year serving with ASI and her second year on the board of directors. Last year Jamaela served as the student representative for diversity and inclusion.

Jamaela’s goals as vice president of student and university affairs include boosting diversity on campus.

“We’re a very welcoming campus, and I love that about Cal State San Marcos,” she said. “It’s a great institution. I’m glad that I chose to come here and get my degree here. Because it is such a new campus, you have an opportunity to leave your mark and influence the culture.”