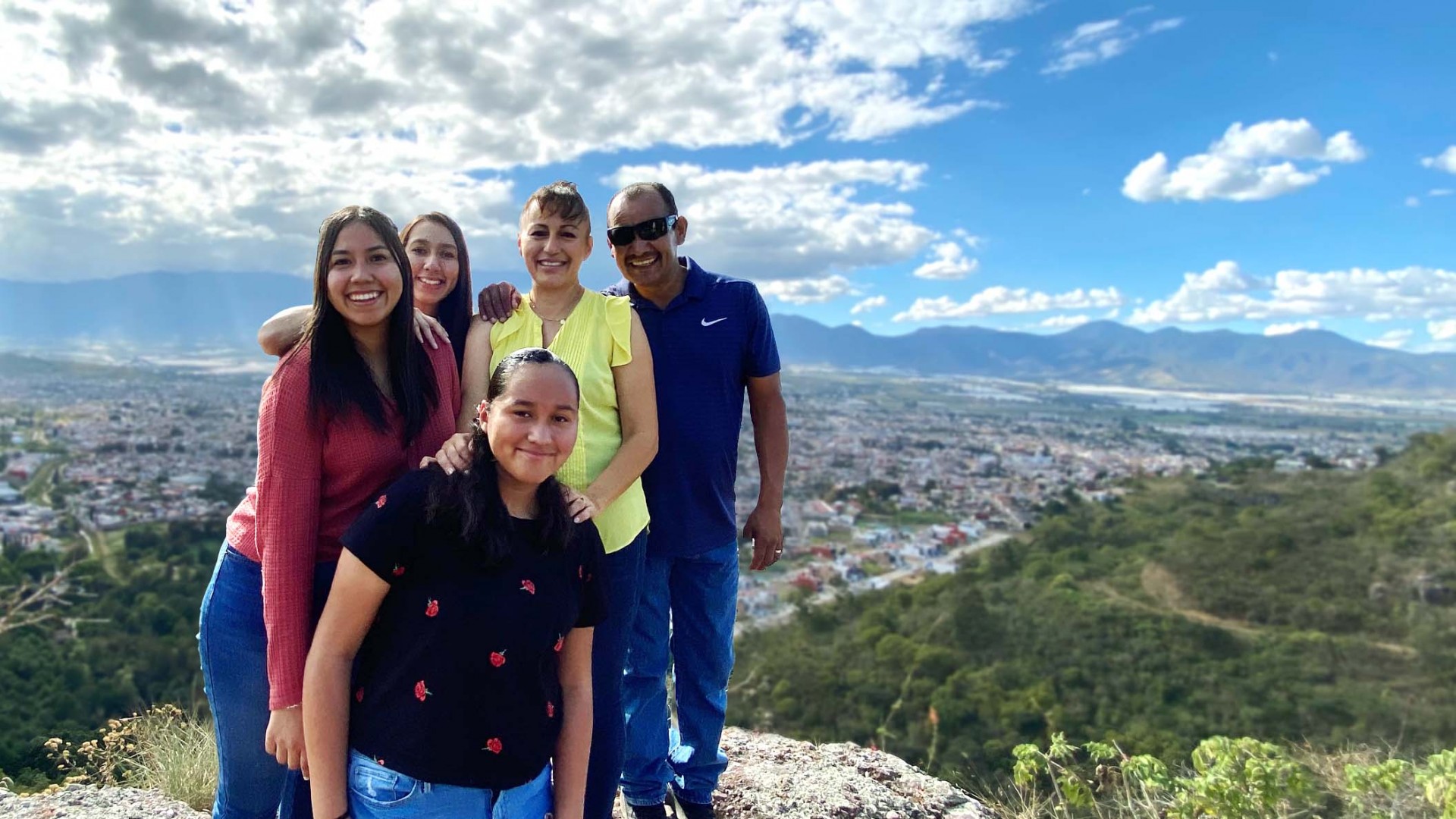 Every morning, Gladys Guzman would be dropped off at her Encinitas elementary school by her father before he went on to work.

And every afternoon, she had the same vision, terrifying for a young girl: her waiting outside the school to be picked up, and him never showing up in his familiar gray pickup truck. More specifically, and alarmingly, him never showing up because he had been detained by U.S. Immigration and Custom Enforcement agents.

“That never happened, thankfully,” Guzman said. “But that’s the image that was instilled in my head.”

Guzman is from a mixed-status family. She and her two sisters are U.S. citizens because they were born in California. Her parents, both natives of Mexico who immigrated to America as teenagers, were undocumented until a couple of years ago, when they became permanent residents.

Seeking to insulate their daughters from fear and uncertainty, Guzman’s parents never told them that they were undocumented. But they didn’t really need to. It was obvious to Gladys at least. When she wanted to visit relatives in Mexico, her parents couldn’t come with her. The family never took vacations outside the country.

Growing up in such an environment had a profound influence on Guzman. It made her want to take advantage of her privilege as a citizen and attend college. Once at Cal State San Marcos, it prompted her to get involved on campus and work as an ally of the undocumented community. And it has helped her choose a career path of pursuing immigration law.

All of the experiences and emotions of living in a mixed-status family came to a head last month, when Guzman was recognized as one of two recipients of the President’s Student Champion Award for Inclusive Excellence and Diversity during the All Peoples Luncheon. She shared the honor with teaching credential student Nancy Meza.

Guzman delivered her award speech from her bedroom, where she has been attending school during the coronavirus pandemic, while her parents watched the virtual ceremony down the hall. Guzman knew she couldn’t speak from the same room as her parents without breaking down in tears. When she had finished, she walked to the living room, sat down next to her mother and father, and they all shared a poignant moment together. 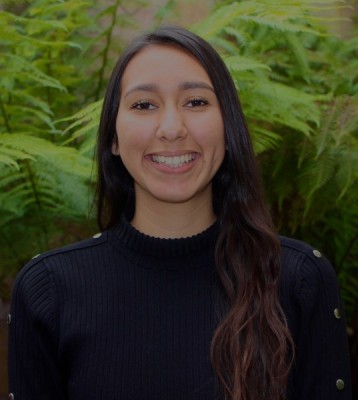 “It was a beautiful experience,” said Guzman, who will graduate in May with a double major in sociology and criminology and justice studies. “They’re my inspiration. I feel like my work at CSUSM is one of the ways that I am an ally not only to my community, but for them. And it’s my way of showing them that the sacrifices they made for my sisters and me are not in vain.”

Guzman’s father, Maximino, works in landscaping. Her mother, Angelica, is an independent distributor for Herbalife Nutrition. Her older sister, Mireya, has attended college but is taking a break, which means that Gladys will be the first in her family to earn a four-year degree. She wants to set just that example for the “baby” of the family, Jazmin, 13.

Because of her father’s occupational background, Guzman was eligible for the College Assistance Migrant Program (CAMP), which helps students from migrant and seasonal farm worker backgrounds succeed in college. Thanks to CAMP, she was able to get a head start at CSUSM in the summer of 2017, and the program continued to support her with resources and a sense of community throughout her first year on campus.

It was through CAMP that Guzman discovered the Office of Academic Advising, and by spring 2018, she had become a peer adviser, a position she still holds almost three years later. In that role, she and her colleagues are the first line of contact for students who come to the office seeking direction, which means that she has had to educate herself about many different departments across the university.

Around the time that Guzman began working as an adviser, her parents attained their green cards with the assistance of an immigration attorney whose impact on her family’s lives inspired Guzman. Perhaps she could provide to other families the peace of mind that this lawyer had given hers.

So last fall, she started volunteering for the DREAMer Resource Office, which offers a variety of services to undocumented and mixed-status students and their loved ones. Initially the lead volunteer, she since has been hired as a student assistant. She describes her work as “a little bit of everything,” including leading presentations for UndocuAlly training, meeting with students to assist them in understanding and completing complex documents related to tuition and residency, and generally learning all she can about the ins and outs of immigration policy.

Maria Chiem, the former coordinator of the DRO, said Guzman had a direct role in helping about 40 incoming students correctly fill out forms crucial to receiving financial aid, meeting with some of them in multiple hour-long sessions.

“Gladys is a selfless, compassionate and visionary student, woman and person who stands for equity, diversity and inclusion,” Chiem said. “She brings love, care and passion to her conversations at CSUSM, to the classroom and to her volunteer work at the DREAMer Resource Office.”

Hoping to extend her contributions at the DRO, Guzman has formed a new student club that will officially launch next semester. It’s called HUMAN (Highlighting the humanity of our Undocumented and Minority communities through Allyship and coNversation), and her goal is to create a space where students can amplify their voices and shine a light on campus issues they think are receiving insufficient attention.

After graduation in the spring, Guzman plans to take a year off to make sure that immigration law is indeed her preferred career route while she applies to law school at UCLA. Her parents’ reaction to that news?

“My mom was like, ‘You’re gonna leave us?’ ” Guzman said with a laugh. “But they’re really excited. My mom always says, ‘Every time you talk about what you do on campus or people ask me about you, I feel like a peacock because I’m so proud.’ No matter what I decide to do with my future, they just want me to be happy and they’re going to support me 100%.”