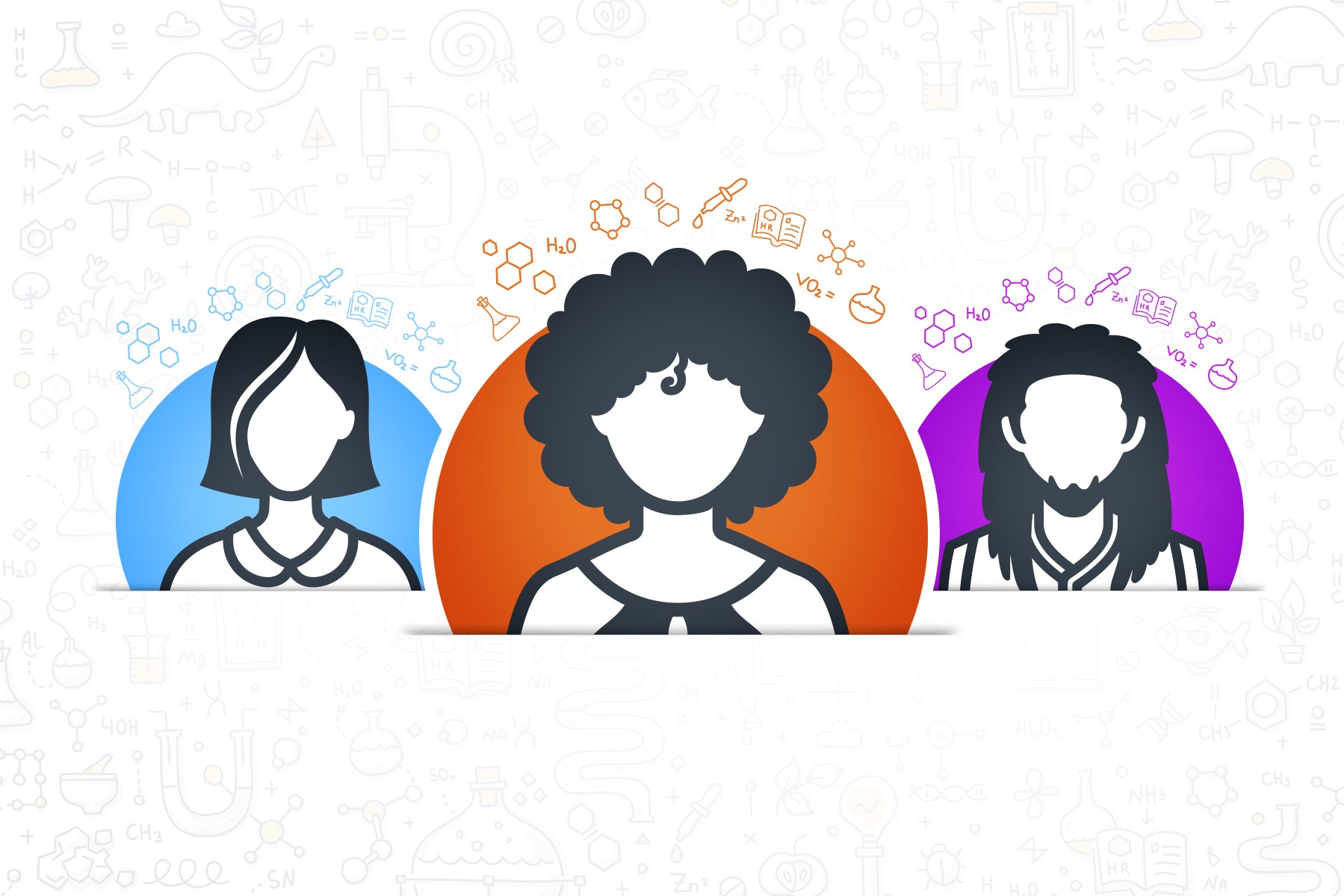 Close your eyes for a moment and think about a scientist working on a life-saving vaccine or medical device. The image that pops into your head is more likely to be a white, middle-aged man working alone in a lab rather than someone who is Latinx or Black.

The middle-aged man is many people’s stereotypic image of a “scientist,” which is a barrier for many talented Latinx and first-generation students striving for a biomedical research career.

To break down this barrier, Cal State San Marcos professors Anna Woodcock and Kamel Haddad were awarded a three-year, $830,000 grant from the NIH’s National Institute of General Medical Sciences for a research project called Families for STEM Success. The project is a fusion of Haddad’s vision to educate families to help their sons and daughters in science, technology, engineering and mathematics (STEM) majors and Woodcock’s program of social psychological research on balancing stereotypically incompatible identities.

While volunteering at a campus student research competition, Haddad was inspired by the presentation of one of Woodcock’s students who was presenting research on identity balance regarding gender in STEM and realized that this was immediately applicable to his vision.

Before coming to CSUSM, Haddad was on the mathematics faculty at Cal State Bakersfield, and he observed that many students, especially Latinx and first-generation students, were struggling with not having enough time for homework and studying because of obligations at home.

“Anecdotally we would get lots of stories, especially from the Hispanic community, where the parents would ask their kids to spend a lot of time with the family business, with their siblings,” Haddad said.

Haddad enlisted the Parent Institute for Quality Education (PIQE) to help create a series of workshops for the families of incoming science majors. PIQE had pioneered workshops and outreach to the families of high school students across California for more than 30 years and accepted the challenge to expand its reach to the families of college students. The workshops educated parents on how to foster their children’s success at college and their interest in STEM fields. A significantly higher percentage of students whose parents graduated from the workshops were still STEM majors during their second academic quarter than those whose parents did not and performed better academically.

CSUSM’s Families for STEM Success grant will provide a rigorous test of a new Spanish-language workshop series for families of incoming first-year STEM majors. CSUSM will offer customized workshops designed for families to understand the value of a science degree, the compatibility between scientific research and Latinx heritage, and the support systems students need to be successful in the first year of college, and graduate with a biomedical sciences degree.

“Children succeed when families, schools and communities work together,” said Patty Chavez, PIQE’s director of policy. “However, many schools struggle to engage parents. The challenge is complex, with reasons ranging from cultural and language barriers to parents’ limited time or rigid work schedules to lack of know-how, fear and distrust.”

A rigorous longitudinal research study will track student outcomes across students’ freshman and sophomore years. There will be two control groups tracked alongside the students whose families graduate from the workshops so they can see the direct impact of the intervention in order to see how much it improved academic outcomes such as persistence, retention, grade-point average and staying in STEM.

“We do not want an increase in STEM or science identity to come at the price of backing away from a racial/ethnic identity,” Woodcock said. “Our whole intervention is about changing part of the social context, which in this case is the family, that supports the idea of building an identity as a Latinx scientist. That those two things are completely compatible, and what we’re doing is rather than intervening with the students, we’re intervening with the families, teaching them about science and how being a scientist can be a rewarding career that helps people and is not at all incompatible with a Latinx heritage.”

Hernandez is contributing to the statistical analyses on the project. Specifically, he is helping to determine the degree to which students are positively impacted by the project. He is particularly interested in learning how students develop resilient and balanced personal-professional identities and how these identities support engagement, learning and achievement.

“Students in the CSUSM community have the potential to be the next generation of professionals that lead discovery, innovation and scientific advancements,” Hernandez said. “We are thrilled to be able to support them and produce research that may impact many others at institutions across the U.S.”

Added Schultz: “Programs like PIQE’s are grounded in behavioral science, so our partnership provides an opportunity to put the findings from our academic research on things like motivation and identity into practice to improve the success of students interested in careers in STEM.”

Rigorous scientific research and evaluation is vital to scaling up this intervention across the CSU system and beyond. Woodcock said there is no reason other Hispanic-serving institutions with large commuter populations across the U.S. could not benefit from this.

“Once we can provide empirical evidence about the impact of the intervention and why it works, it could help tens of thousands of Latinx students in STEM majors succeed.”

Said Haddad: “The idea is not that we want one cookie-cutter picture of what a scientist looks like and all conform to that picture. That’s not what this country is about. This country is about us succeeding while looking different. That is what is beautiful about this research. We want to see diversity in the ranks of the population that succeeds in science. That is the message we’re trying to promote across the country – that it is possible to succeed while retaining your identity, whatever that identity is.”

Cal State San Marcos electrical engineering student Sean Resor (he/him) walks into each of his many roles with a kind heart, helpful hand and open-minded ear, which allows him to pave his own path to success and build steady foundations for future …
Read more

For more than 20 years, the Center for Training Research and Educational Excellence (CTREE) has given ambitious students a home and a safe space to explore their new and longstanding goals. With over $11 million in funding and a 100% success rate in …
Read more

Four students boldly yet vulnerably stared into an audience of over 100 Cal State San Marcos faculty, staff and students in the USU Ballroom for what would be the first of many tough conversations in the hopes of “getting uncomfortable to get …
Read more
NewsCenter