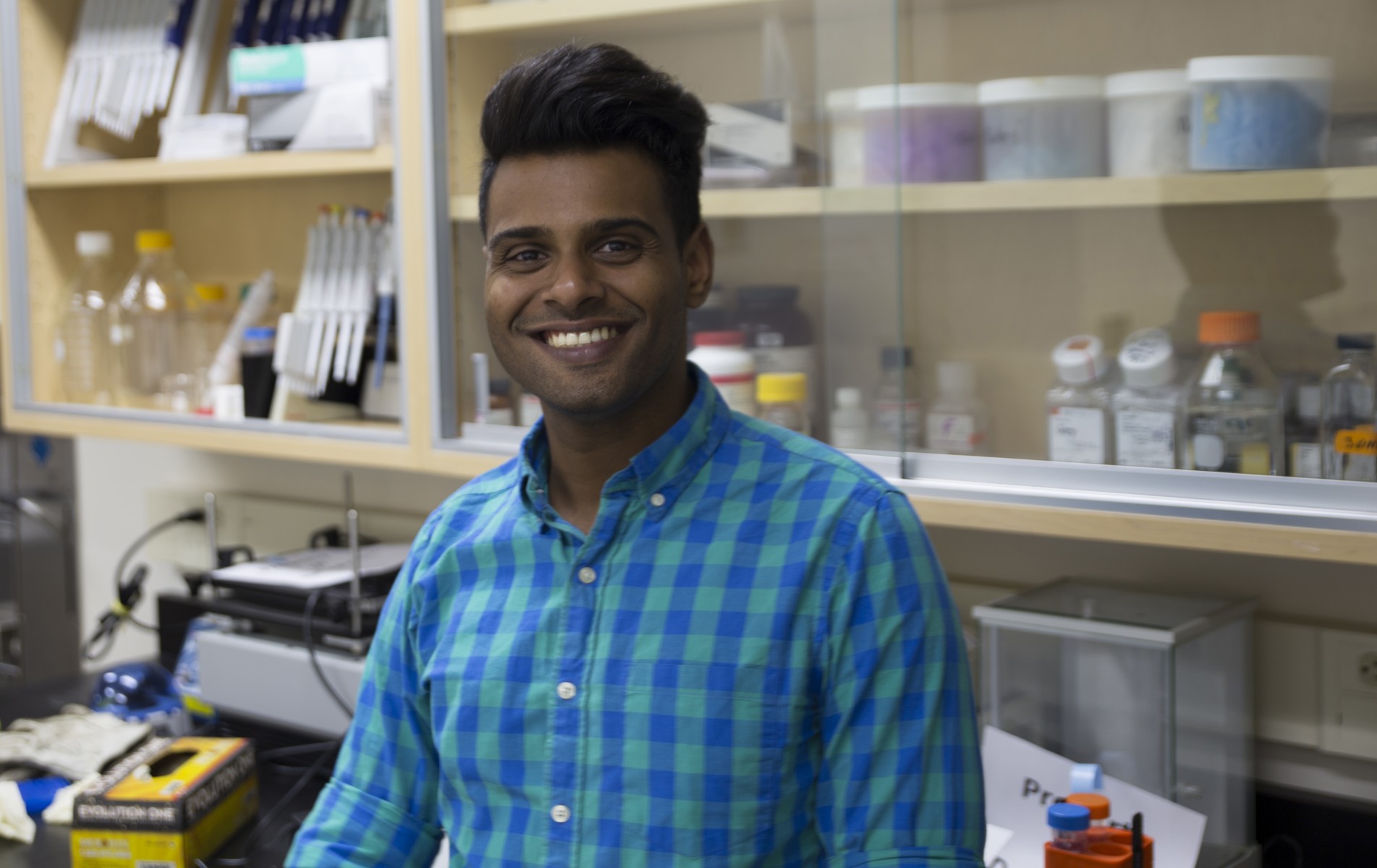 Arun Sethuraman
Arun Sethuraman is a computational biologist and an assistant professor in the Department of Biological Sciences who began teaching at Cal State San Marcos in fall 2016.

Dr. Arun Sethuraman is using the power of bioinformatics to unlock the secrets of life.

“My interest is in looking at how we can use the power that we now have with computers and computer programming to make sense of this huge of amount of biological data that is now at our fingertips,” said Sethuraman, a computational biologist and an assistant professor in the Department of Biological Sciences who began teaching at Cal State San Marcos this past fall.

That means developing new computer programs and methods to study how DNA can be used in understanding the evolution of species, and how that knowledge can be used to protect endangered plants and animals. He is particularly interested in species conservation, and he is in the process of establishing both a molecular and a computational laboratory at CSUSM.

Sethuraman already is making his mark at CSUSM, having been awarded a nearly $800,000 grant from the National Science Foundation to develop computer software enabling scientists to study the diversity in the genomic DNA of organisms in an effort to forge new insights into population genetics – or how a species within a defined area evolves and adapts.

It is an area ripe for exploration. Technological advances, Sethuraman notes, have significantly lowered the cost of genome sequencing so that amounts of data unfathomable just a generation ago are now readily available. In addition, statisticians are developing new methods for analyzing such data.

“Combining the data with the new analysis approaches can let scientists answer fundamental questions about the biology of species that have never before been accessible,” he said.

“I really want to understand the fundamental genetic processes that scientists and conservation geneticists use to make predictions about life in general.”

He is well suited for the task. Sethuraman grew up in Bay of Bengal city of Chennai in southern India and earned his bachelor’s degree in computer science from the Birla Institute of Technology and Science in Pilani, India. He quickly landed a job as a junior research associate with Infosys, a global leader in technology services and consulting, but soon realized that kind of work was not his passion.

Intrigued at how the principles of mathematics were applied to other fields, including biology, Sethuraman returned to school, earning his Ph.D. in Bioinformatics and Computational Biology from Iowa State University. With an expertise in computer programming, population genetics, genomics, and bioinformatics of genome sequences, Sethuraman worked as a Research Assistant Professor at the Center for Computational Genetics and Genomics at Temple University for three years before being hired at CSUSM’s Department of Biological Sciences in the fall of 2016.

Sethuraman said he was drawn to CSUSM in large part because of the culture.

“I’m very impressed with how the faculty here, both in our department and at the university as a whole, teaches,” he said. “The emphasis is on having students learn from doing rather than having them learn from just reading a book. The focus is on incorporating inquiry-based learning in the classroom.”

Indeed, Sethuraman now has a half dozen students collaborating with him on his research projects, a number that will grow once the new molecular and computational laboratories are established.

“My goal is to provide my students with a fundamental knowledge of the theory and methods to analyze whatever biological and genomic data sets they may have,” he said.