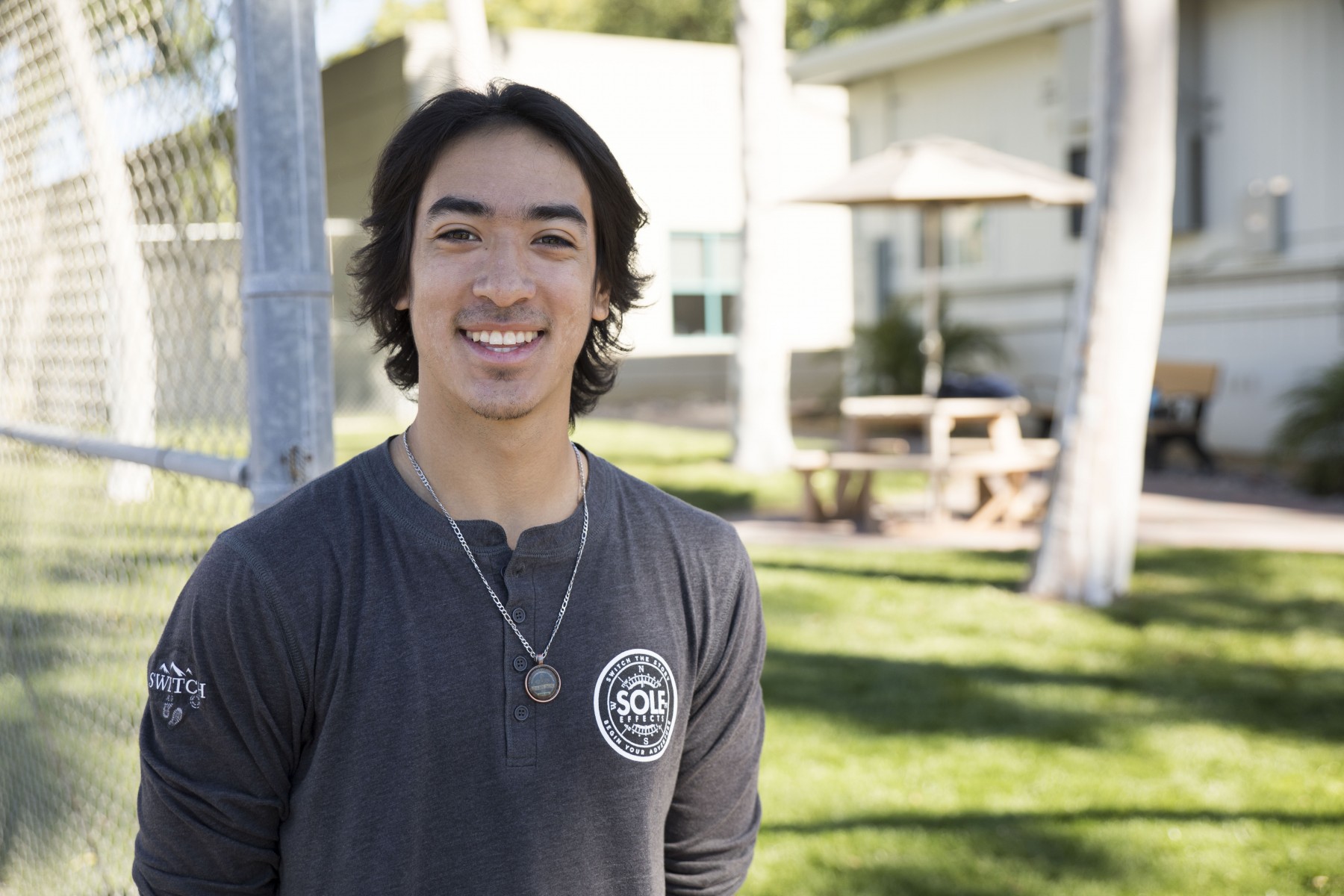 Hagen Javier almost ignored the Instagram post about an internship fair at Cal State San Marcos, but the advice he received from an older friend kept gnawing away at him.

The friend had returned from college and told Hagen, then in high school, that he should never pass up an opportunity to attend an internship fair. It was virtually guaranteed, the friend said, that Hagen would leave with an internship in hand.

Hagen couldn’t convince any of his friends to attend with him on the day of CSUSM’s internship fair last February and, as they played video games, Hagen figured he would skip it, too.

But he couldn’t stop thinking about his friend’s advice.

Hagen finally decided to stop by on the way to his next class. Good thing, too, as it completely changed his path.

“There are so many people at CSUSM who I’m grateful for,” said Hagen, a second-year business administration student. “I can’t imagine my life anywhere else. The thought doesn’t even cross my mind because of the friendships and the opportunities that I’ve been presented with. It’s truly life-changing.”

One of those life-changing opportunities came via the internship fair. The first table Hagen visited was SOLE Effects, a nonprofit dedicated to changing the lives of youth. There wasn’t anything fancy about the group’s booth, just a sign and a large lobster on the table.

The lobster, Hagen soon learned, was a metaphor. It came from a story told by Abraham Twerski, a psychiatrist and rabbi, who asks: How can a lobster grow if it lives in a hard shell that doesn’t expand? Twerski then explains that as the shell becomes confining, the lobster casts off the shell and produces a new one, a process that repeats itself as the lobster continues to grow. The stimulus for the lobster to be able to grow, Twerski notes, is that it feels uncomfortable. Twerski says times of stress are signals for growth. If people use adversity properly, he says, they can grow through that adversity.

It was a message that resonated with Hagen. He learned his mother had cancer during his first semester at CSUSM. But he didn’t find out about it until months after the diagnosis and, with his family 500 miles away in Sacramento, it was challenging to be there for them.

“They didn’t want to tell me,” he said. “I didn’t feel betrayed, just confused. And I let things slide a little bit.” 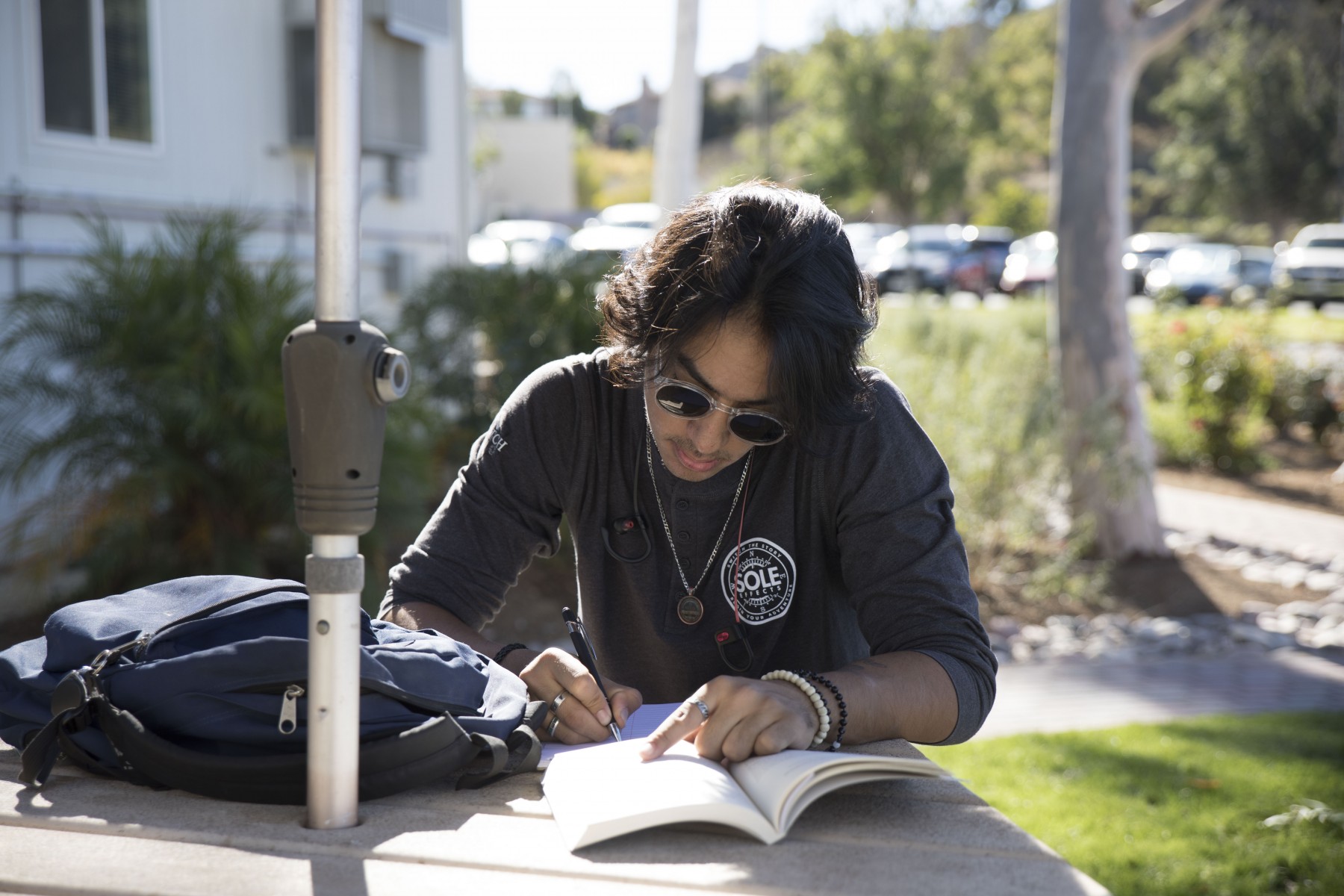 Hagen is outgoing, quick with a smile and ready to befriend anyone he meets. Though he found himself in the Dean of Students Office to address some of the issues he let slide, he turned it into a positive. He is still a frequent visitor to the office, but instead of being there for disciplinary issues, he’s there to say hello, grab a snack and chat with the staff about his classes.

“Hagen had a few ‘speed bumps’ during his first year, but he was able to learn from those temporary barriers to set himself and others up for success,” said Leslie Rockwell, Associate Director of Student Conduct for the Dean of Students Office.

“Hagen has an unparalleled sense of positivity that I’m sure has a ripple effect on the campus and San Diego communities he participates in. In his short time as a college student, Hagen is consistently looking for new opportunities to get involved and challenge himself. I see Hagen not only as a student here at CSUSM, but a student of life; always seeking to develop and grow and, most importantly, reflect on his progression.”

Attending the internship fair was part of that progression. Hagen received an interview with SOLE Effects co-founder Karen Ogden on the spot and had an offer before he left for his next class.

SOLE Effects recruits college students – most are from CSUSM and Palomar College – for its Switch program to work as mentors for students in grades 7-9. People interested in being mentors can apply through SOLE Effects’ website.

Hagen immediately connected with SOLE Effects’ mission. He recalls working with one ninth-grader who was always engaged and didn’t seem to have a single problem. It was only when the school’s principal asked Hagen how the student was doing that he learned about the student’s difficult home life – an alcoholic father and an abusive stepmother.

“I just pulled him aside one day,” Hagen said, “and told him, ‘I know you have a lot of stuff going on at home, but you’re not letting it affect how you present yourself. I think you’re doing an amazing job. Just keep it up and stay who you are because you’re a special kid.’ ”

At the end of the program, participants are asked to write a couple of sentences about the program. While most comments are a brief “It was cool” or “I loved it,” this student wrote about having the opportunity to learn about life from someone who cared and how much it meant to know that there are people who care. 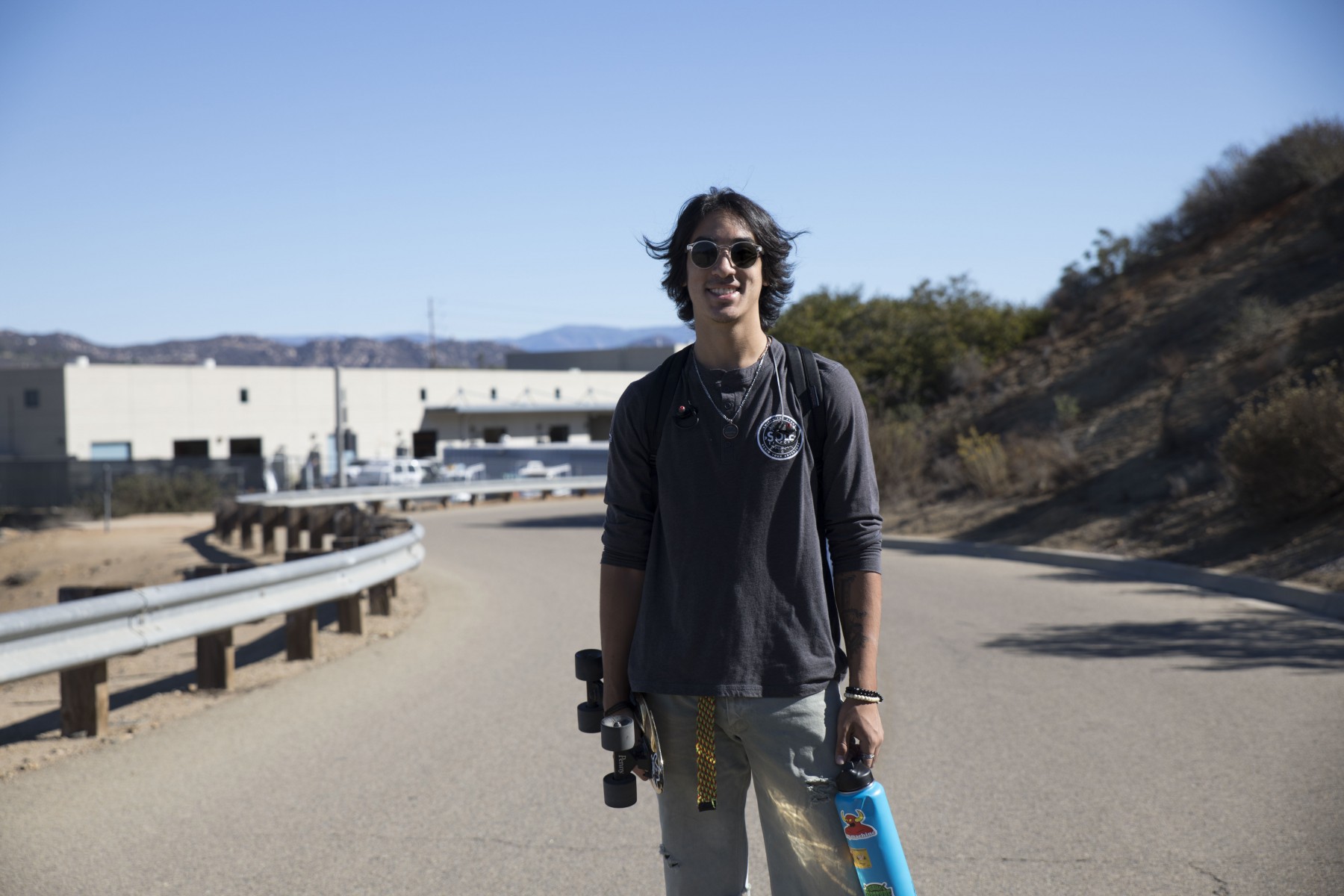 Hagen’s determination to change the lives of those around him and his ability to build rapport has not gone unnoticed.

“His vibrant personality makes people feel included and accepted, paving the way for meaningful connections,” Ogden said. “Hagen’s ability to positively mentor teens is powered by his caring and compassionate approach to life. When Hagen has an innovative idea, his excitement is contagious and he is unstoppable, a huge reason his peers are joining the adventure with the SOLE Effects family.”

Hagen is hoping to turn the internship into a staff position with SOLE Effects next spring as a recruiter. He wants to share with other college students the positive impact the program has had on him in hopes that they may be inspired to serve as mentors.

Hagen refers to SOLE Effects as his light in a period of darkness, there when he needed it most. With his mother’s cancer in remission, he loves to share with his parents stories about his work with SOLE Effects.

“Nothing’s perfect, but I had pretty darn near perfect family,” he said. “I have parents who love each other, parents who love me, parents who want me to succeed. Because of SOLE Effects, there’s so much happiness down here for me in phone calls with my parents. I was able to help them just by talking with them and telling them the great things that are going on and the truly wholesome, good-feeling things I was experiencing on a daily basis. We got through it as a family together. It was a hard thing that happened, but look where we are now.

“SOLE Effects has just been the most amazing thing I’ve ever been part of. I’ve found my passion with it. It’s allowed me to really figure out who I am.”