HD Students Aim to Help Refugees on Trip Down Under 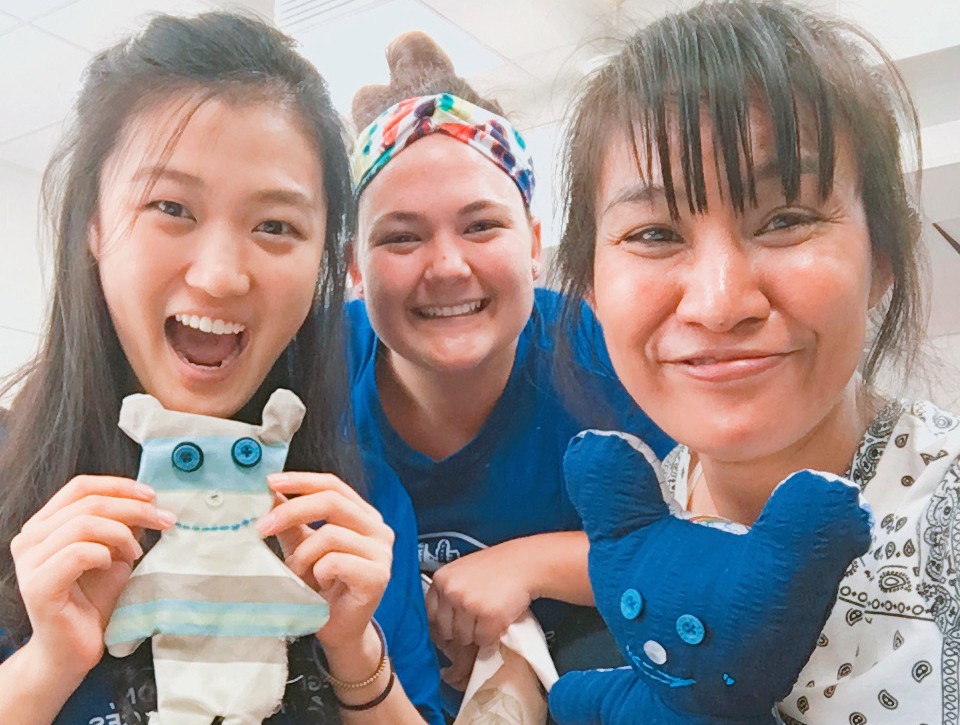 It allows Bigham to finalize numerous details, including plans for the students’ work with a local partner in the country they are visiting.

But Bigham had to deal with a slight problem before her January trip to Australia. The person she worked with on the pre-trip planning was no longer with the anticipated partner group.

Bigham wasn’t fazed by the hiccup. CSUSM alumna Hannah Hawker, one of Bigham’s former students, was in Australia and stepped in to help with logistics before Bigham and a group of 15 CSUSM students arrived.

The students collaborated with the not-for-profit group If Toys Could Talk, which was founded by Hawker, Allan Murnane and Molly Murnane. The goal of If Toys Could Talk is to bring joy to the lives of refugee children around the globe. The group notes that, according to the United Nations, about 41 percent of the 43 million forcibly displaced people in the world are children.

Bigham’s students joined If Toys Could Talk in hosting a series of art workshops on Australia’s Sunshine Coast. They invited locals to join them in making teddy bears that are being sent to children at Syrian refugee camps around the world.

“Projects like this broaden everybody’s perspective,” said Bigham, who led a class in the fall that researched culturally appropriate toys for Syrian refugees. 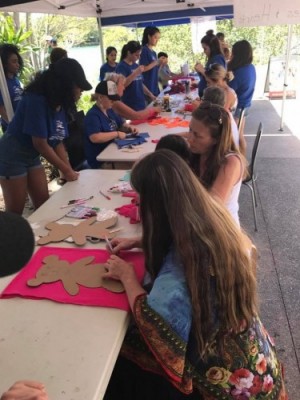 Making the teddy bears was initially a challenge, particularly as the students did it without the benefit of a sewing machine for the first few days.

Abryana Young, one of the CSUSM students on the trip, jokingly described the first attempt at making a teddy bear as “Eww,” but noted that their work was practically ready for a toy store by the end.

“We know the kids will love them,” added student Allison Geviss.

Bigham said participating in community engagement is a centerpiece of the program and allows students to learn about different communities and perspectives while building new partnerships.

There were times during the trip when those lessons were shared with local community members. The students were surprised by the lack of diversity in the rural areas in which they were based for most of the trip.

At one store that they visited, a group of African-American CSUSM students were ignored by a store employee each time they asked a question.

After the students left the store, Bigham went inside to discuss what had happened with the store employee, noting it was a “teachable moment.”

“It was an awkward situation and she had an eloquent way of expressing how the treatment of our students was wrong,” Meredith said. “I admire the way she responded. That was a really important moment.”

The students had an opportunity to not only explore the culture and traditions of communities on the Sunshine Coast, but also to participate in myriad new experiences.

They spent nine of the days on the trip camping in tents, something many of the students had never done before. They participated in everything from scuba diving and snorkeling to holding a koala and feeding kangaroos.

There were some harrowing moments along the way. One student came face-to-face with a barracuda in the water, two students were stung by jellyfish, and there were bed bugs, walking through leeches and spiders that Devine described as the size of her hand.

“We all got out of our comfort zone,” Brenda said.

Added Allison: “We had some amazing experiences, and I’m thankful for all of it.”

HD Students Aim to Help Refugees on Trip Down Under