Going High-Tech to Clear the Air 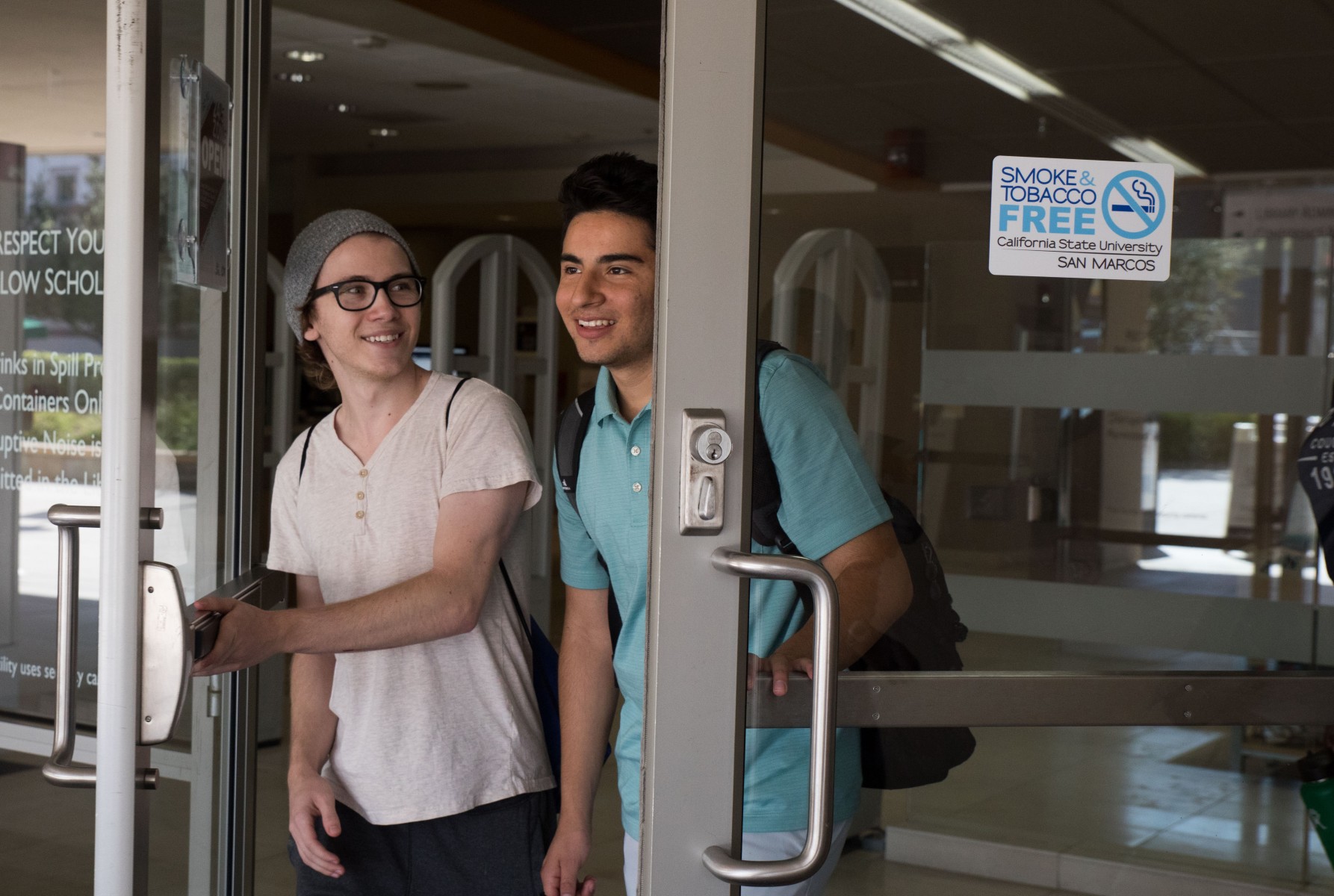 Cal State San Marcos is going high-tech in an effort to bolster enforcement of its recently implemented smoke- and tobacco-free campus policy.

The new endeavor will utilize a cellphone-friendly tracking app to scan QR codes placed on existing signage throughout the 304-acre campus. Students, faculty and staff can scan the QR code when they see tobacco litter or someone using tobacco, and a geographic information system (GIS) framework will gather, manage and analyze data that could inform policymaking and enforcement decisions.

The project is funded through a $400,000 grant from the Tobacco Related Disease Research Program at the University of California, and it will be managed through a partnership involving CSUSM, UC Davis and the California Youth Advocacy Network. The point person at CSUSM is Dr. Kim Pulvers, who has been conducting tobacco-control research for 15 years and is a leader on the CSUSM Smoke and Tobacco Free Campus Task Force.

Plans call for the university to form focus groups for feedback on the new grant-funded campaign and tracking tool prototypes in the fall. Implementation is expected in January 2019 in conjunction with a promotional campaign to raise awareness of the negative environmental consequences of tobacco waste on campus.

The focus of the new effort is educational, Pulvers said, both for the University and for offenders, who will be engaged in conversation when possible.

“Engaging the campus community in reporting tobacco use and tobacco litter is critical to achieving the benefits of our 100-percent smoke- and tobacco-free campus policy,” Pulvers said. “Those benefits include decreased tobacco use and exposure to secondhand smoke, reduced tobacco litter and toxic chemicals entering our waterways and ecosystem, and greater wellness. These benefits promote environmental sustainability and yield significant fiscal savings.”

The University of California system banned smoking from its campuses in 2014; the California State University system followed suit in 2017. CSUSM has been a smoke- and tobacco-free campus since Aug. 28. Many campus authorities, however, are reluctant to use fines to enforce compliance. Instead, they use a more educational approach, which is leading to more innovative efforts to increase engagement with offending students, faculty and staff.

Nearly one-third of U.S. colleges have adopted smoke- and tobacco-free policies. Despite the growing movement, compliance remains an issue. Officials at several UC schools, for instance, report that tobacco is still being used on campus and tobacco waste remains a challenge.

Tobacco waste was a key motivator for campuses to adopt smoke-free policies. They are a significant source of pollution, and taking an environmental approach is seen as a promising way to engage college students. In fact, national surveys have shown large majorities of students weigh a college’s commitment to the environment when making a decision about where to enroll.

Smoking causes more than 480,000 deaths – or nearly one in five – each year in the United States, according to the Centers for Disease Control and Prevention, and more than 15 of every 100 adults 18 or older currently smoke. Even nonsmokers are impacted by tobacco use, as approximately 2.5 million nonsmokers have died from health problems caused by secondhand smoke since 1964.

Going High-Tech to Clear the Air