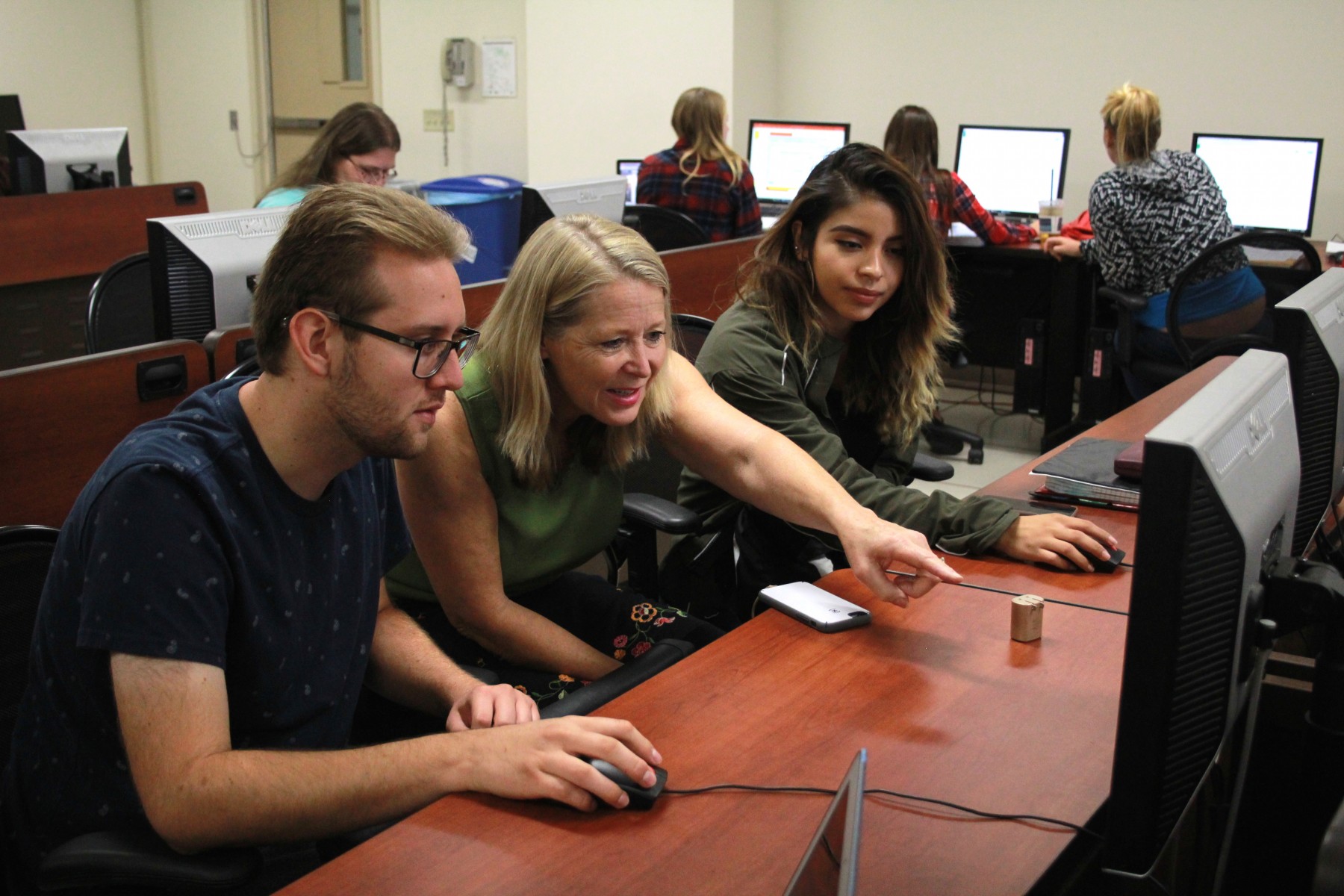 Eliza Bigham knows from experience the importance of culturally appropriate toys for children in different countries.

While on a trip to Vietnam with one of her Cal State San Marcos Human Development classes a few years ago, Bigham saw tour vans pull up to the orphanage where she and her students were based and leave a variety of Disney-related toys for the children.

Once the tour vans left, the kids would return to their previous activities, never showing the slightest interest in the toys that had been left for them.

“They didn’t need Disney toys,” Bigham said. “And Disney toys don’t even really fit in with how these kids play. It’s just not part of their culture.”

Bigham will be taking another HD class abroad in January, this time to Australia, where they will work with children at a YMCA to create toys for Syrian refugees.

To ensure that those toys and lessons with Australian children produce culturally appropriate materials for Syrian refugees, many of Bigham’s current HD students are participating in a project to gain a better understanding of the refugee crisis.

Bigham designs projects in four categories that she has seen her students wanting to pursue – counseling, education, health and nonprofits. Most of the projects are ongoing, though she trades some in and out depending on the availability of community partners and other resources.

The Syrian culture/child development project is one of three being undertaken by students in the nonprofit category. There is a second nonprofit project related to Syrian refugees that is focused on increasing awareness on campus by making the experience personal. The third nonprofit project centers on inclusive language leadership training in partnership with the YMCA of San Diego County.

“All of the students want to do something really good and make a contribution,” Bigham said. “They really, truly want to make a difference.”

Bigham has three teams of students working on the Syrian culture/child development project. The students use a variety of resources for research, including literature, YouTube videos, documentaries and even an in-person interview with someone who grew up in Syria.

Ashley said their research will eventually be given to a nonprofit in Australia to help create activities that are educational-based to send to refugee camps.

While the students were aware of the Syrian refugee crisis before embarking on the project, their work has helped them gain a greater knowledge of the issue.

“We have a little bit more of an understanding because we’ve been consistently researching it and keeping up to date with it,” Ashley said.

“I knew about it, but I didn’t know how serious it was until I started looking into it and researching the refugee camps,” Lizette said.

Said Lisbeth: “We want to bring awareness to the students here.” 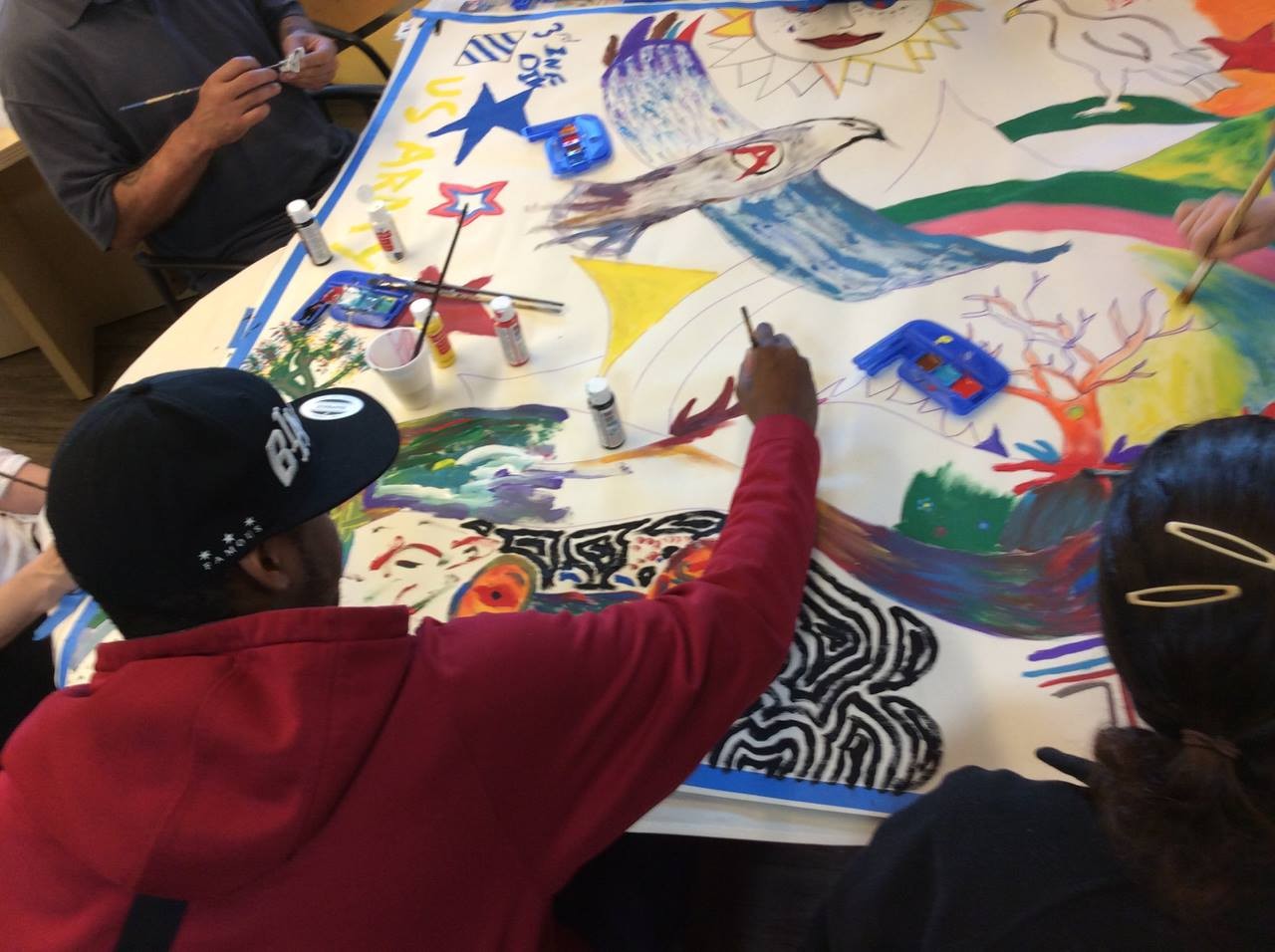 The team set up tables during each U-hour in October and invited students passing by to help paint half of a mural. The mural is then sent to a Syrian refugee camp where refugees complete the mural and send it back to CSUSM. The group also created materials to display at the tables to help inform other students of the extent of the Syrian refugee crisis.

“It definitely makes you want to speak out about it more and help in any way you can,” Veronica said. “I hardly knew anything about it going into it. Now that I know and understand that not a lot of people know what’s going on, you want to bring people into it and you want them to be aware of what’s going on.”

The project is being undertaken with the assistance of Marilyn Huerta, a communication specialist in the College of Education, Health and Human Services, and Joanne Tawfilis of the Muramid Museum in Oceanside.

It can take many months for murals to be returned to CSUSM, which means the students working on the project this semester may have already graduated by the time a completed mural makes its way back to campus. But the possibility of not seeing a finished product hasn’t dissuaded them.

“Knowing that they are going to be sent to refugee camps and they will be painted is fulfilling in itself,” William said.

Bigham has two teams of students working on inclusive language projects with the YMCA. One team includes Samantha Di Angelis, Liz Leguizamo and Patrick Ross. The other includes Trammie Dang and Marian Rodriguez.

Learning about inclusive language and some of the common words or phrases that they had never given much consideration before this project was an eye-opener for many of the CSUSM students.

“Filling out the sheets for the YMCA staff training, I realized that I’ve used some of those and I didn’t even know it had some of those meanings attached to them until we started doing this project,” Samantha said.

Said Marian: “I had never really thought about it. As we were doing the research, I realized, ‘Oh, I’ve said that before.’ ”

The students in all four project categories will present their work at a poster fair at Markstein Hall on Dec. 1.

“These projects are good and they shouldn’t just be stuffed in a classroom,” Bigham said. “They should be out there.” 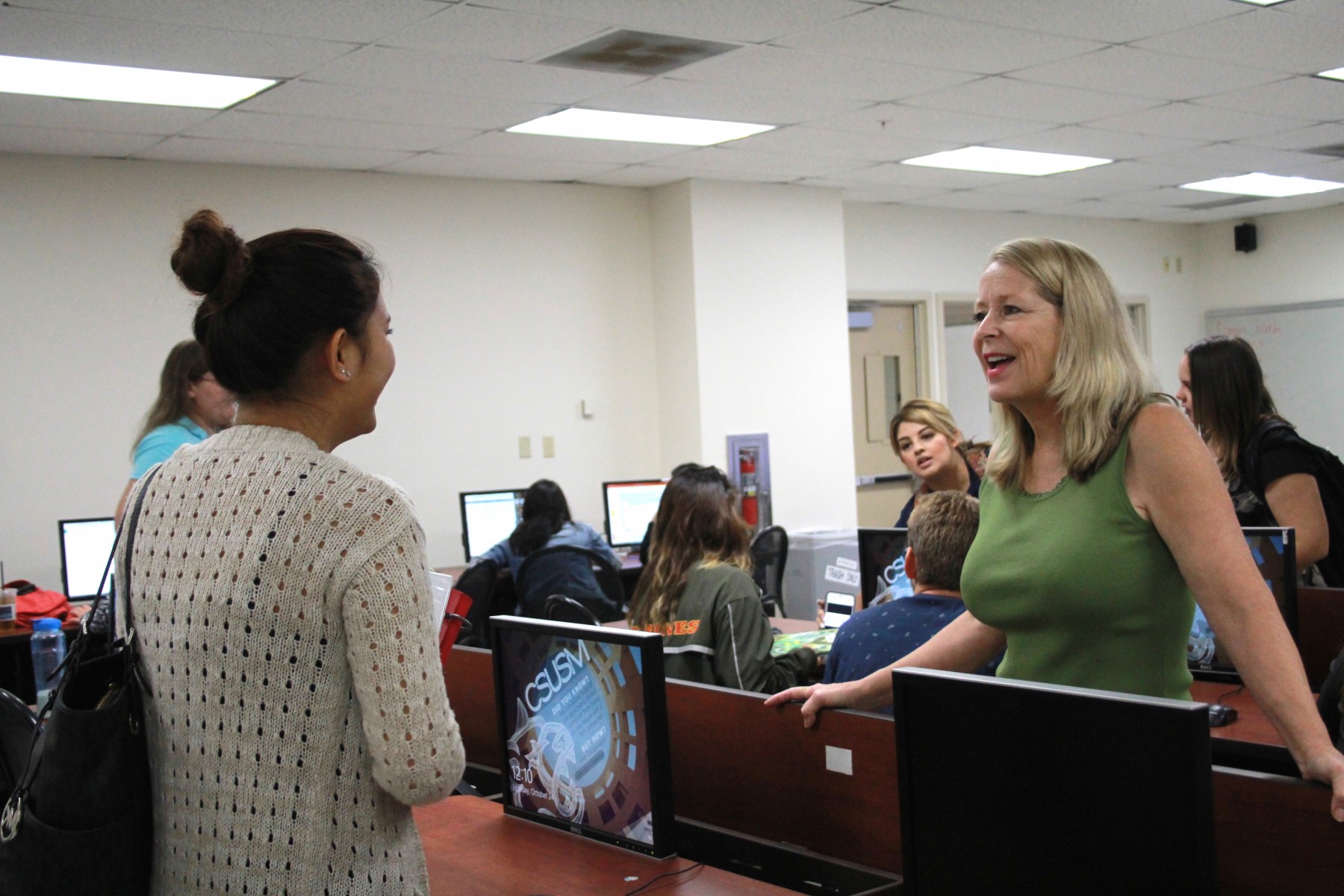