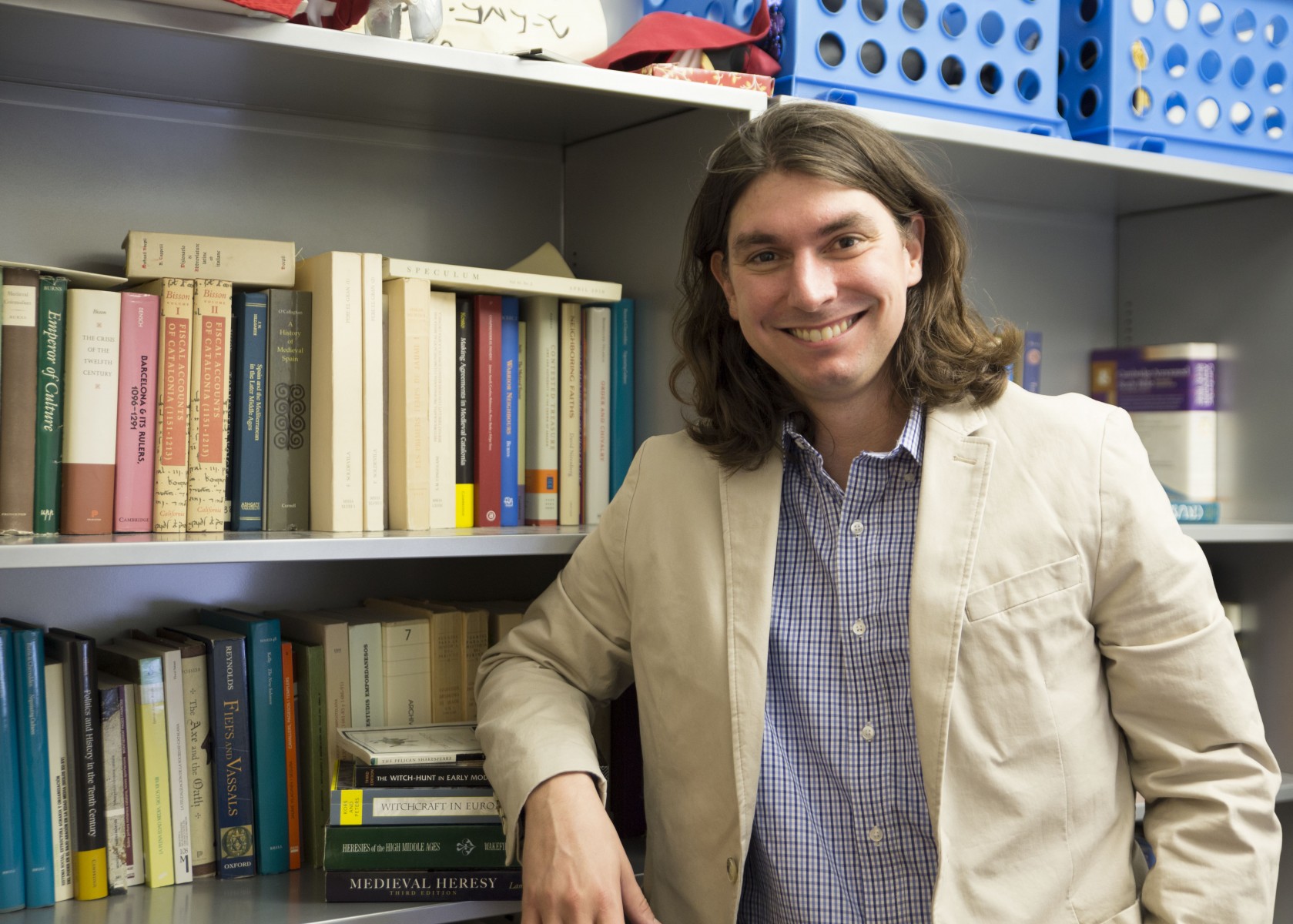 Halloween is just around the corner, and as Cal State San Marcos history professor Dr. Antonio Zaldívar will attest, so is the annual reminder of a particularly dark period in Western history.

Zaldívar, whose area of research is the High and Late Middle Ages, teaches a course entitled, Heresy, Witchcraft, and Church Reform in Medieval and Early Modern Europe. One of the key takeaways from the class: It’s easy to target the disenfranchised.

“This was a particular era in the Early Modern period that saw the introduction of a new judicial process, a new legal framework, that stressed a more inquisitorial system, which when combined with a new interest in magic led to a perfect storm targeting disenfranchised people, particularly women, who suffered significantly,” he said.

The height of the witch hunts was focused in northern Europe and spread across roughly 350 years beginning in 1420. During that time, an estimated 100,000 people were put on trial for being witches or practicing witchcraft, and roughly half were convicted, tortured and killed. It wasn’t until about 1770, as the scientific revolution continued, that more and more people in authority, led by the clergy, began to question the sanity of such accusations.

Almost all of the accused were women. And that was not by accident. It was the product of a misogynistic society that produced more than its share of unflattering caricatures.

“The cauldron represented cooking, which is what women were expected to do at that time,” Zaldívar said. “The broom symbolized not only the housekeeping chores of women, but it also has a clear sexual innuendo. And the look of a witch, with the warts and all, was symbolic of elderly women, who were especially vulnerable at the time.”

Heresy, Witchcraft, and Church Reform in Medieval and Early Modern Europe evolved from a class Zaldívar developed and taught as a graduate student at UCLA. But the CSUSM course curriculum delves more deeply into the reasons behind the rise of the witch trials.

The course, said Zaldívar, introduces students to an important episode in medieval and early modern history: the rise of heretical movements, including witchcraft, and its persecution by orthodox authorities. In addition, the class addresses orthodox (both Roman Catholic and Protestant) responses to the rise in heresy and, later, witchcraft, both through preaching and violence.

The belief in witches and witchcraft dominated much of northern Europe at the time.

Sir Isaac Newton, William Shakespeare and Martin Luther are among those who advocated an aggressive response.

Zaldívar, who grew up in Miami, said he became interested in the Middle Ages through a medieval history class he took at Florida State University.

“It changed my career,” he said.

He would go on to earn his Ph.D. from UCLA, and he joined the History Department at CSUSM in the fall of 2014.

His area of specialty is in the history of the High and Late Middle Ages, and he is working on a book manuscript, tentatively titled, Language and Power in the Western Mediterranean: Vernacular Writing in the Crown of Aragon’s Royal Chancery. He also is interested in medieval literature, early modern Spain and the Spanish Empire (colonial Latin American history).