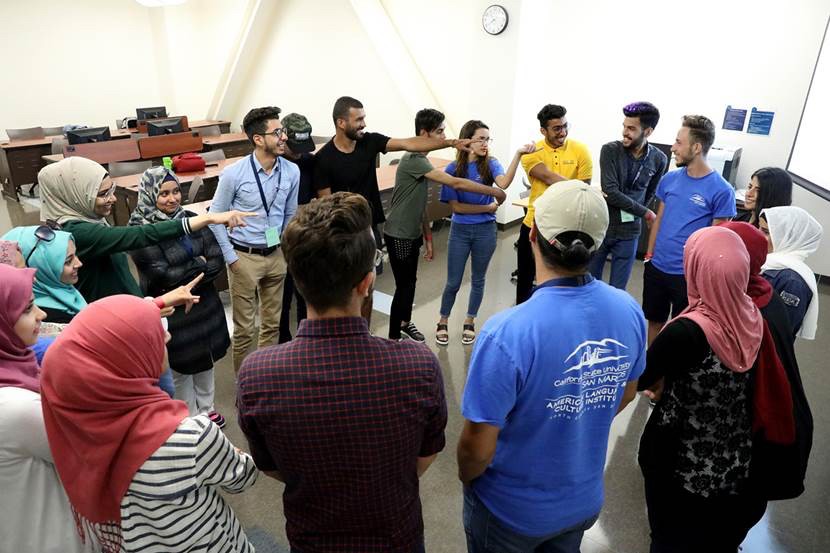 Many students in the Iraqi Young Leaders Exchange Program (IYLEP) share two common reasons for wanting to participate – the opportunity to develop their leadership skills and a chance to visit the United States.

Rand Al-Khalidi is among 20 Iraqi students visiting Cal State San Marcos this month as part of IYLEP. She was motivated to apply after seeing the positive impact it had on her friends who had participated.

“They came back stronger and more confident,” said Rand, who attends the University of Baghdad. “I want to be a better version of myself and I thought it was a great opportunity to become a better leader.”

Created in 2007, IYLEP brings English-speaking Iraqi students to the U.S. to develop leadership skills and build action plans to strengthen the future of Iraq and the U.S. Nearly 100 students attended a four-day orientation at Wayne State in Detroit in early July before groups moved on to four universities across the country.

CSUSM was one of the universities selected to host Iraqi students for the four-week summer program that is sponsored and funded by the U.S. Embassy in Baghdad and implemented by World Learning.

Abduljabbar Al-Taie, who also attends the University of Baghdad, said he hopes the leadership skills he hones at CSUSM will help him train entrepreneurs back home.

“A lot has happened in Iraq in the last 15, 20 years,” Abduljabbar said. “But I see in us a storm of change. We really want to change the situation. We want it to be better.”

Abduljabbar said there is a high rate of unemployment in Iraq, even among those with a degree. He wants to bring the ideas of entrepreneurship and Internet jobs to his country through free courses and training to encourage Iraqis to start their own projects. Once they become established, he said they would return the favor by mentoring the next generation of Iraqi entrepreneurs.

“The concept of entrepreneurship is not defined or clear in Iraqi society,” Abduljabbar said. “I really want to bring this idea there.” 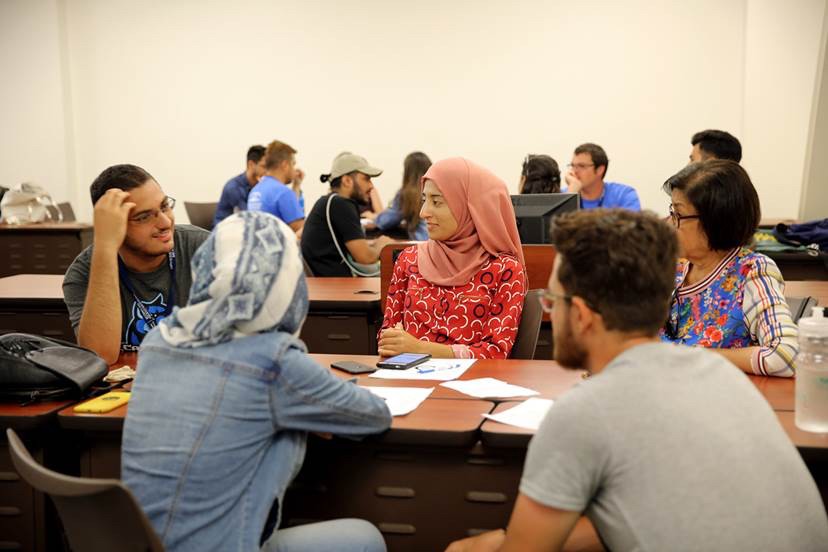 Zryan Ibrahim Ahmed is another participant looking to improve her leadership skills through the program.

Zryan attends the American University of Iraq Sulaimani, which offers an American-style liberal arts education, so she was already familiar with U.S. culture and history. However, she also knew that attending an American-style university was no substitute for seeing the country for herself.

Dhuha Alshdid also wanted to experience American culture for herself, noting that it’s something she’s seen portrayed many times through the movies she has watched. She is also hoping to change the perception some Americans may have of Iraq.

“People in Iraq are very generous and very kind,” said Dhuha, who attends Al-Muthana University. “If you go there you’ll find a lot of good hospitality. Everybody, especially in media, focuses on the bad image of Iraq, but it’s not. It’s really good. We have some bad issues, but it’s really amazing there.”

Though the students haven’t had the culture shock that they were warned was a possibility, there have been some surprises. Two that stand out are Americans’ penchant for punctuality and the food.

Abduljabbar said being late is a normal part of life in Iraq, while Dhuha added that she didn’t realize how disciplined Americans are when it comes to timeliness.

“The punctuality is amazing,” she said. “I want to take that back home with me.”

As for food, Zryan said she has mostly enjoyed it, though she misses the rice that is a routine part of her diet in Iraq.

“We’re adapting with the food,” said Dhuha, laughing, adding that she is grateful for the opportunity to experience different types of cuisine, including Chinese and Mexican.

Before they return home on Aug. 1, the students are hoping to also show people that, like America, Iraq is a diverse country. In fact, IYLEP is intentional in selecting a group of students from varying regions and religions.

“We have a lot of areas in Iraq and each area has its own social culture,” Abduljabbar said. “We’re a very diverse country with different points of view. Even with what you hear on the news, we’re trying to live in peace. We want to be better. Step by step, we all become better.”

It is a sentiment echoed by Rand.

“I believe if I want to make a change in my community, whether it’s in my college or in my city or in Iraq, I have to work on myself first,” she said. “Change starts with small steps.” 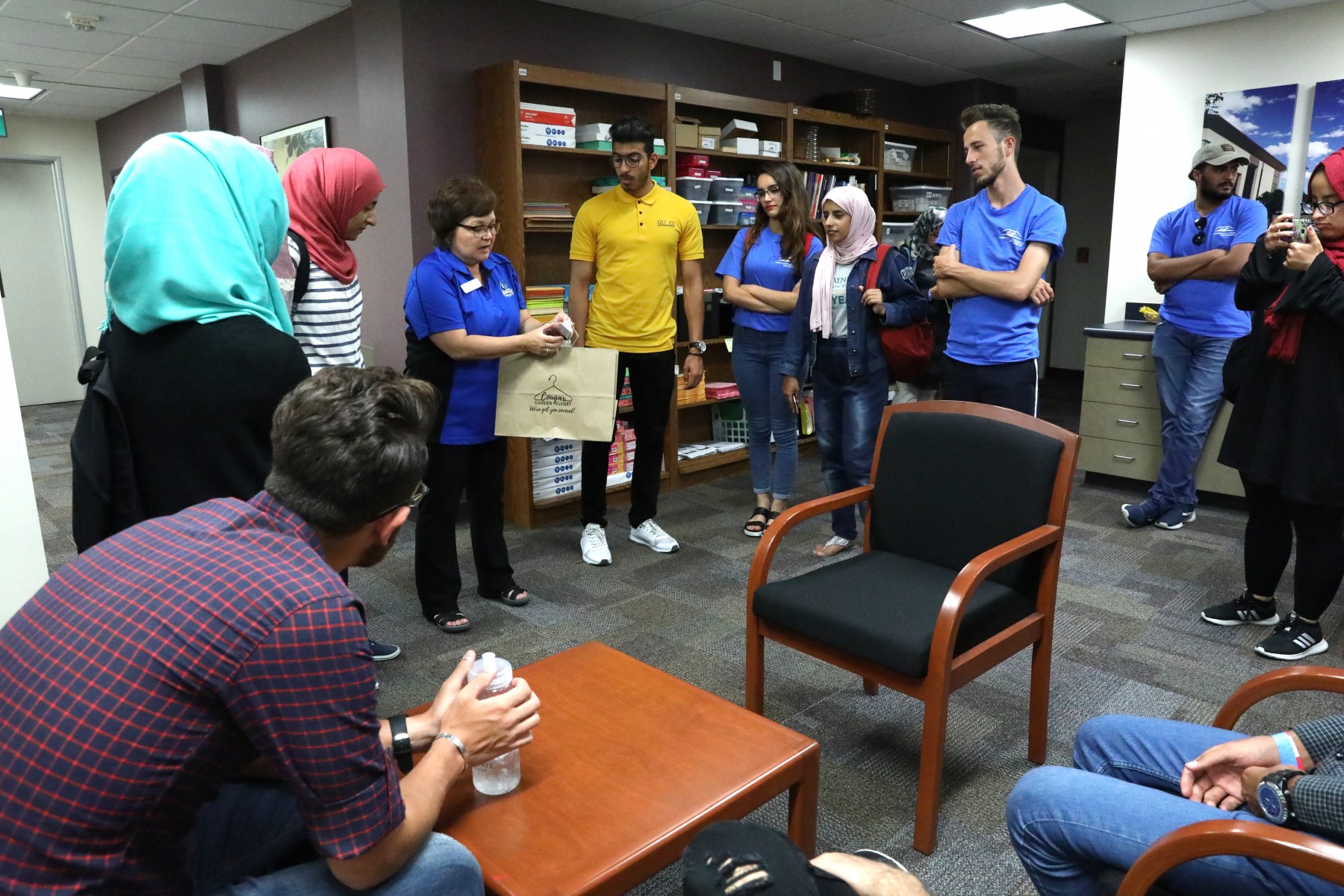