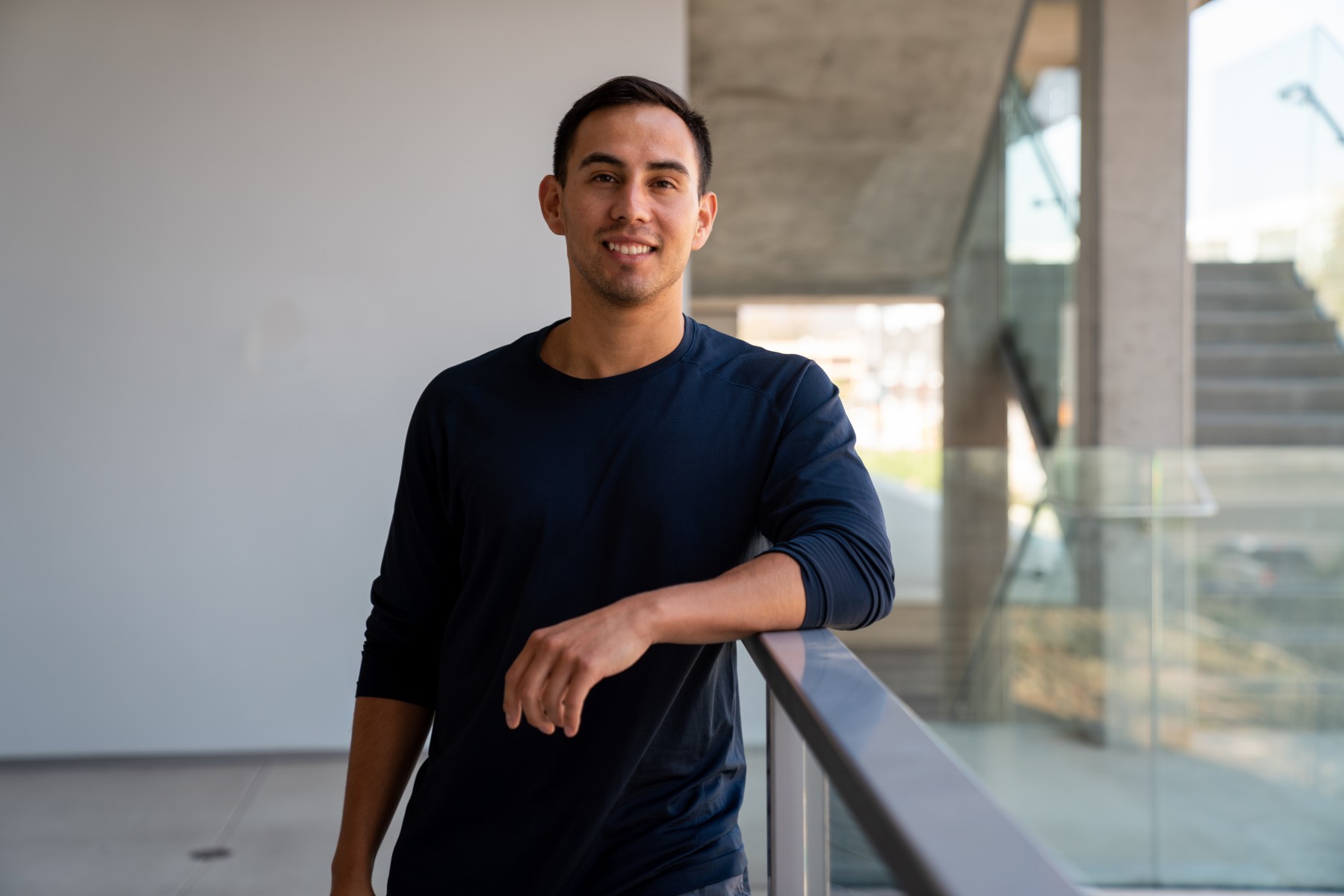 Isaias Torres’ dream of a career in medicine has provided motivation for nearly a decade. It even drove him to give up his love of baseball so he could focus on his future. Photo by Chandler Oriente

Isaias Torres frequently tagged along while his father, Luis, worked at Desert Regional Medical Center in Palm Springs. Isaias did so out of necessity – he was in elementary school and his father couldn’t afford childcare.

Some days, Isaias would hang out in a lobby waiting room, sometimes the cafeteria. Other times he would try to find a spot near his dad where he wouldn’t be in the way. Isaias wasn’t shy about talking to hospital employees and peppered his father with questions about the people he saw and their responsibilities.

By the time Isaias was in middle school, he was old enough to stay home and watch his younger brother, Josiah, while their father was at work.

But it wasn’t long before the hospital trips became part of Isaias’ routine again.

When Isaias was 16, Josiah was diagnosed with Hashimoto’s disease, a condition in which a person’s immune system attacks their thyroid. It took visits to multiple specialists to diagnose the problem, and Josiah was eventually prescribed thyroid medication that got it under control.

The compassion of doctors as they helped Josiah had an indelible impact on Isaias that continues to resonate as he approaches graduation from Cal State San Marcos.

“It was pretty hard to see my brother go through that, but seeing how the doctors worked with him really inspired me to pursue medicine,” said Isaias, who will graduate in May with a bachelor’s in kinesiology.

Tireless encouragement from his father and mentorship from CSUSM kinesiology professor Richard Armenta have been integral to Isaias’ success. He also is grateful for much-needed financial support from longtime CSUSM donors Lee and Rosita Hieb. When Isaias’ financial aid package was reduced as he entered his fifth year at CSUSM in 2018-19, he found assistance thanks to the generosity of the Hiebs, who established a scholarship in 2014 to help students with a financial need and an interest in a medical career.

“You love these kids who push themselves, because then he is also being an example for his brother,” Rosita Hieb said. “That's really beautiful and very selfless.”

Isaias’ dream of a career in medicine – of helping others like doctors helped his brother – has provided motivation for nearly a decade. It even drove him to give up his love of baseball so he could focus on his future. 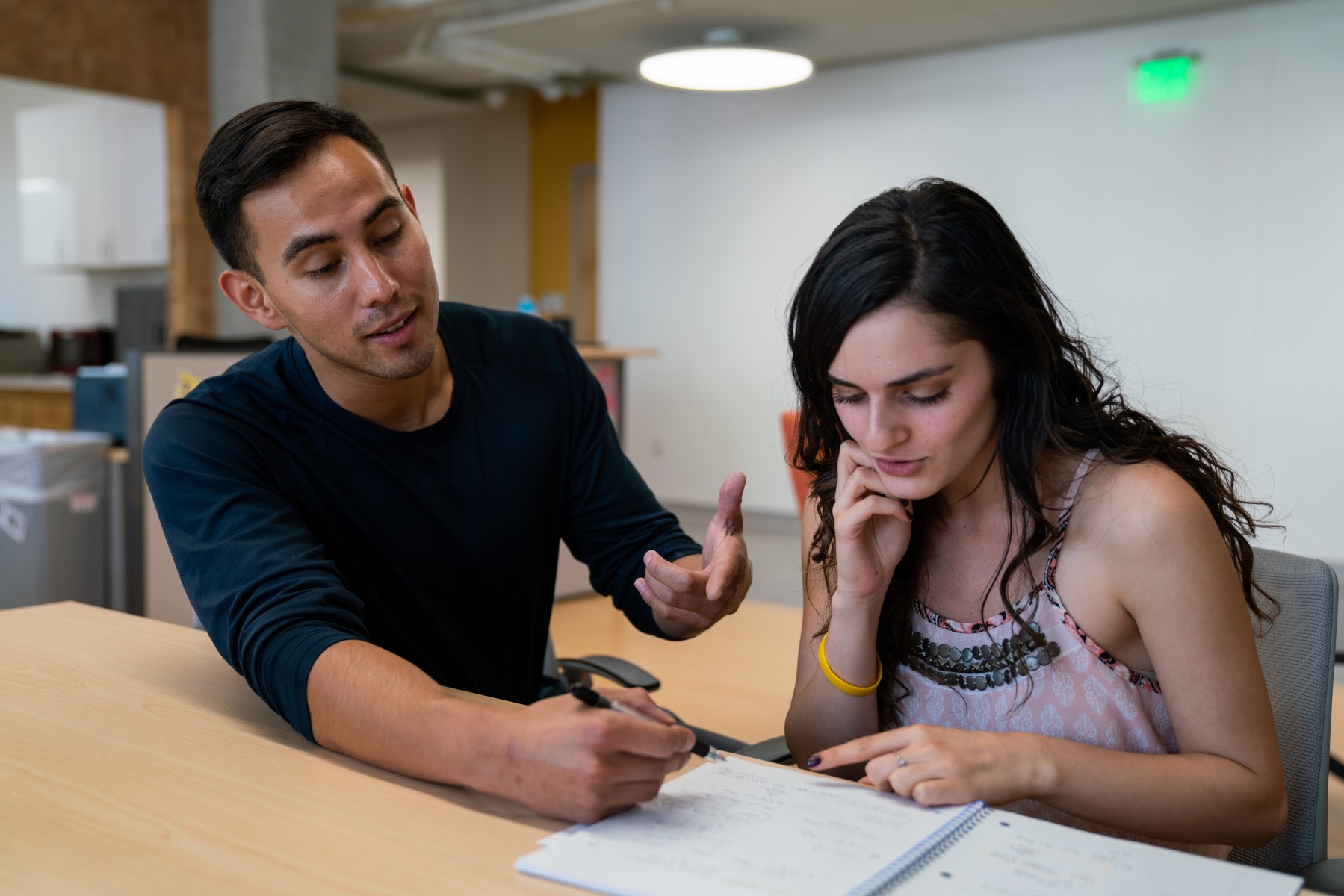 Luis was a single father trying to support two boys. Shortly after Isaias was born, Luis took a job at the hospital as a transporter, helping to move patients and equipment throughout the building. He previously worked at a grocery store, but wanted the hospital job so he would have health insurance for his family. Over the course of 20 years at the hospital, Luis eventually worked his way into his current position as a CT technician.

Isaias’ mother was never a consistent presence in his life as she struggled with drug addiction and spent time incarcerated. Isaias lived with her for a short period when he was in second grade, but it was a stretch marked by frequent absences, poor nutrition and academic struggles.

Moving in with his father changed everything. Isaias began to thrive in school, even qualifying for the Gifted and Talented Education program, more commonly known as GATE.

Though money was tight, Luis made sure his boys, both talented baseball players, had an opportunity to play travel ball, even when it meant borrowing money.

A first-generation college student, Isaias largely navigated the higher education process on his own. He applied to a handful of universities and learned of his acceptance to CSUSM in April 2014. A few months later, he was offered a scholarship to play baseball for the Cougars.

But the transition to college proved challenging. Isaias’ grade-point average was under 3.0 after his first semester, a disappointment for someone used to consistently being over 3.5.

“I didn’t know how to be a good student,” Isaias said. “I just thought I could get by like I did in high school.”

Isaias’ grades slowly improved, but he still wasn’t achieving the results he expected from himself. Compounding his difficulties, he learned that his brother was sick again. Josiah was diagnosed with pleural effusion, a buildup of fluid around the lungs, and valley fever, which is caused by a fungus that enters a person’s body through their lungs.

The disappointment over his grades, coupled with his brother’s illness, provided a wake-up call.

Isaias rededicated himself to his studies. He became more disciplined and focused on improving his time management. When it came to his brother’s health, seeing doctors once again provide care that was both skilled and compassionate reaffirmed his decision to pursue a career in medicine.

Isaias still remembers one doctor who knew his father assure Luis that he didn’t need to worry, that the hospital staff would take care of Josiah.

“Hearing that and seeing that, that’s something that I would love to tell people someday – ‘I’m going to take care of you,’ ” Isaias said. “My dad was so thankful and just happy to hear those words of affirmation.

“The way that doctor showed compassion and empathy toward my brother, that’s something that I want to do in the future.” 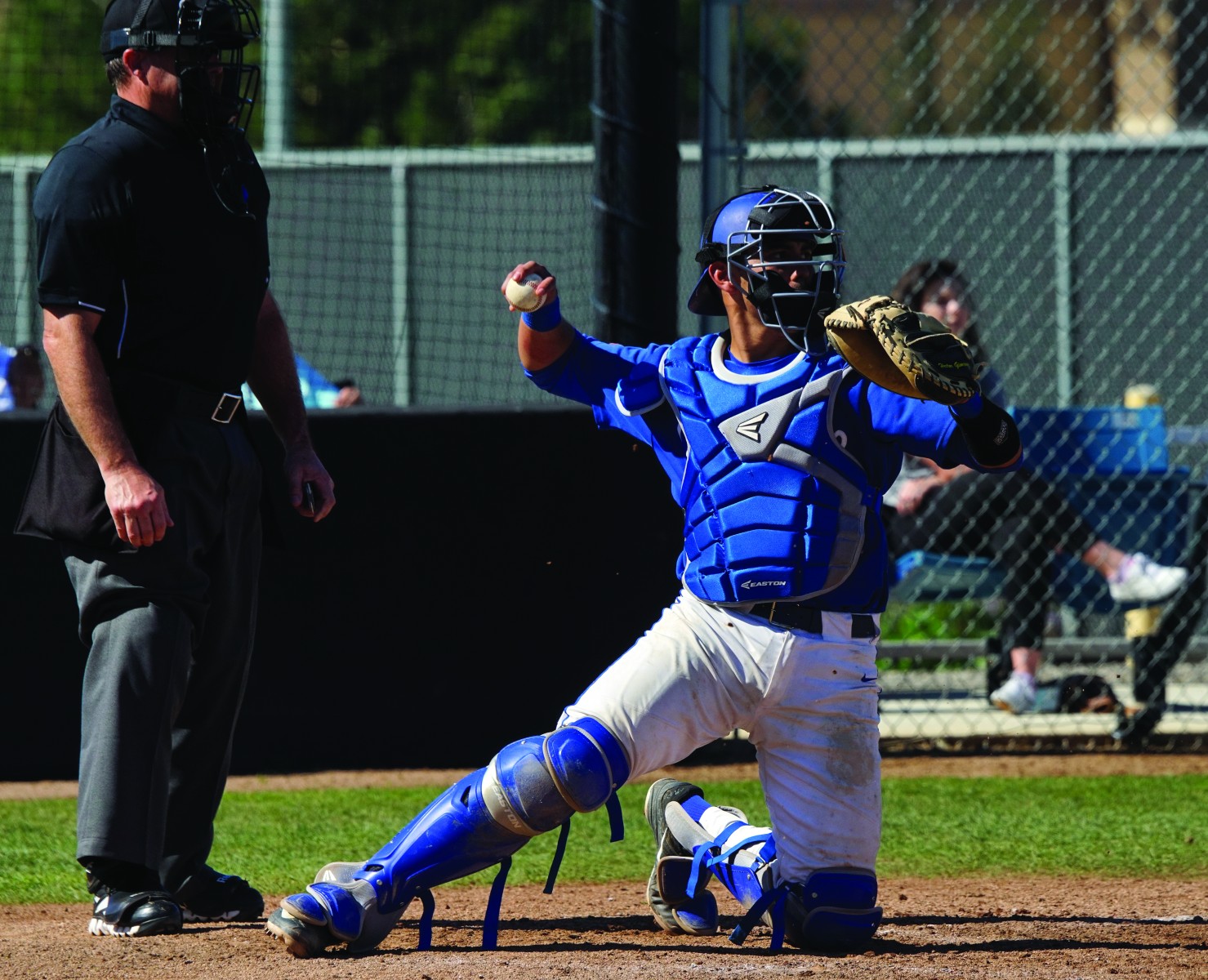 Isaias Torres put up solid numbers for the Cougars baseball team in 2018 when he started 29 games, but he made a difficult decision at the end of the season. Despite having one more year of playing eligibility, he decided it was time to step away from baseball to devote all of his efforts toward completing his bachelor’s and preparing for medical school.

Ensuring his dream would one day become reality meant making sacrifices elsewhere. Baseball, which had always come first, had to take a backseat to schoolwork. As Isaias’ grades improved, he still managed to perform on the field. After missing the 2016 season because of shoulder surgery, he returned the following season and started 42 games, led the team in home runs and RBIs, and was selected to the All-California Collegiate Athletic Association second team.

Isaias put up solid numbers again in 2018 when he started 29 games, but he made a difficult decision at the end of the season. Despite having one more year of playing eligibility, he decided it was time to step away from baseball to devote all of his efforts toward completing his bachelor’s and preparing for medical school.

He wasted no time, participating in the UCSD Summer Training Academy for Research Success shortly after his final season ended. He has also spent two-plus years in the Palomar Health Pathmaker Internship program, which provides hands-on experience to students interested in health care careers. This past summer, he participated in a 10-week National Institutes of Health (NIH) research program in Maryland.

“I always call the NIH the holy grail of research because that's where the majority of our research funding comes from,” Armenta said. “To get an opportunity to go and work at kind of the hub of research funding in health and in science was an invaluable experience for Isaias. And I know he got a lot out of it.

“It's a really competitive program. They get thousands of applications for very few spots. It was an awesome experience for him that has only helped him grow more.”

Armenta has been instrumental in Isaias’ growth as a student ever since he took Armenta’s statistics and research methods course during the spring 2018 semester.

Isaias and Armenta immediately bonded over a shared love of baseball (they’re both fans of the Los Angeles Dodgers). But beyond their mutual allegiance to the Dodgers, they come from similar backgrounds. Armenta, like Isaias, was a first-generation college student and was able to provide expert guidance based on his own experiences.

“Without his help, I wouldn’t be where I am today,” Isaias said. “He really stuck his neck out for me and got me into places that I never would have thought about.”

The next stop will be a place Isaias has thought about often – medical school. UCLA and Stanford top his wish list, but first he will pursue a post-baccalaureate research program for a year to help prepare him for medical school.

Isaias’ brother is healthy and attending Riverside City College, where he will play baseball in the spring. While Isaias will be closely following Josiah’s progress – both on and off the field – he has no regrets about his own decision to step away from the game. In fact, when his dad suggested he pursue a master’s so he could play one more year, Isaias said, no, he’s committed to medical school.

“I played for 17 years, and to stop playing was very difficult,” Isaias said. “But I knew it was time to move on and do the things that would help me set myself up for a better future.”