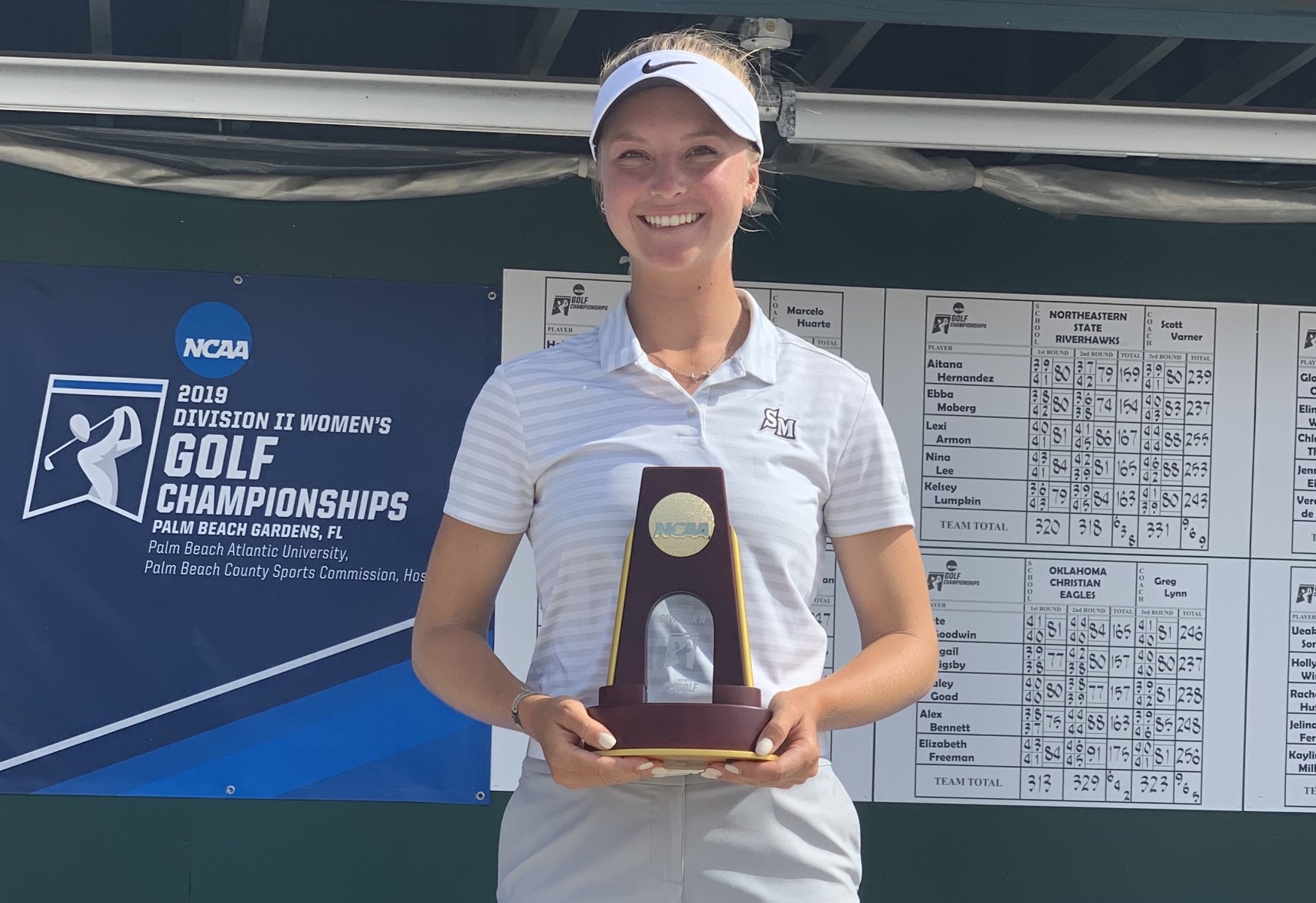 Jaime Jacob made CSUSM history on Thursday, winning the individual title in the Division II women’s golf championship in a duel that went down to the wire. Jacob shot a 2-over-par 75 in the final round at the PGA National Champion Course in Palm Beach Gardens, Fla., to finish with a three-round total of even-par 219.

The junior from Encinitas then had to wait to see whether the score she posted would be good enough. Gloria Choi of Southwest Oklahoma State held a three-shot lead with three holes to play but stumbled badly down the stretch, allowing Jacob to claim the title. Jacob was the only golfer in the tournament who finished at even par or better.

"I didn't think even was going to win it," Jacob said. "I thought that I had to be at least even for the day and 2-under overall."

The Cougars’ Breann Horn finished 21st in the tournament at 14 over, and Claire Hogle tied for 28th at 18 over.

In the team competition, CSUSM finished in second place at 51 over after shooting a 22-over 314 in the third round. The leader was Florida Tech at 47 over. The top eight teams advanced to medal play to compete for a team championship. The second-seeded Cougars will face No. 7 seed Dallas Baptist University on Friday morning, and if they win, they would advance to the semifinals later that day. The title match is on Saturday.

"My job's not over yet," Jacob said. "We still need to work for the team win."

Sally Ride inspired a generation and beyond to pursue one’s dreams no matter the obstacles.The first American woman and youngest American in space, Ride made her journey into history on June 18, 1983 as a crew member aboard the space …
Read more

In its return to the court after an 18-month hiatus because of the pandemic, the Cal State San Marcos women's basketball team has gotten off to a 4-2 start this season, including a 2-1 mark in the California Collegiate Athletic Association.One …
Read more

After being sidelined for more than 18 months because of the pandemic, the Cal State San Marcos men's basketball team has come charging out of the gate like a caged beast.The Cougars have won their first three games this season by an average of …
Read more
NewsCenter