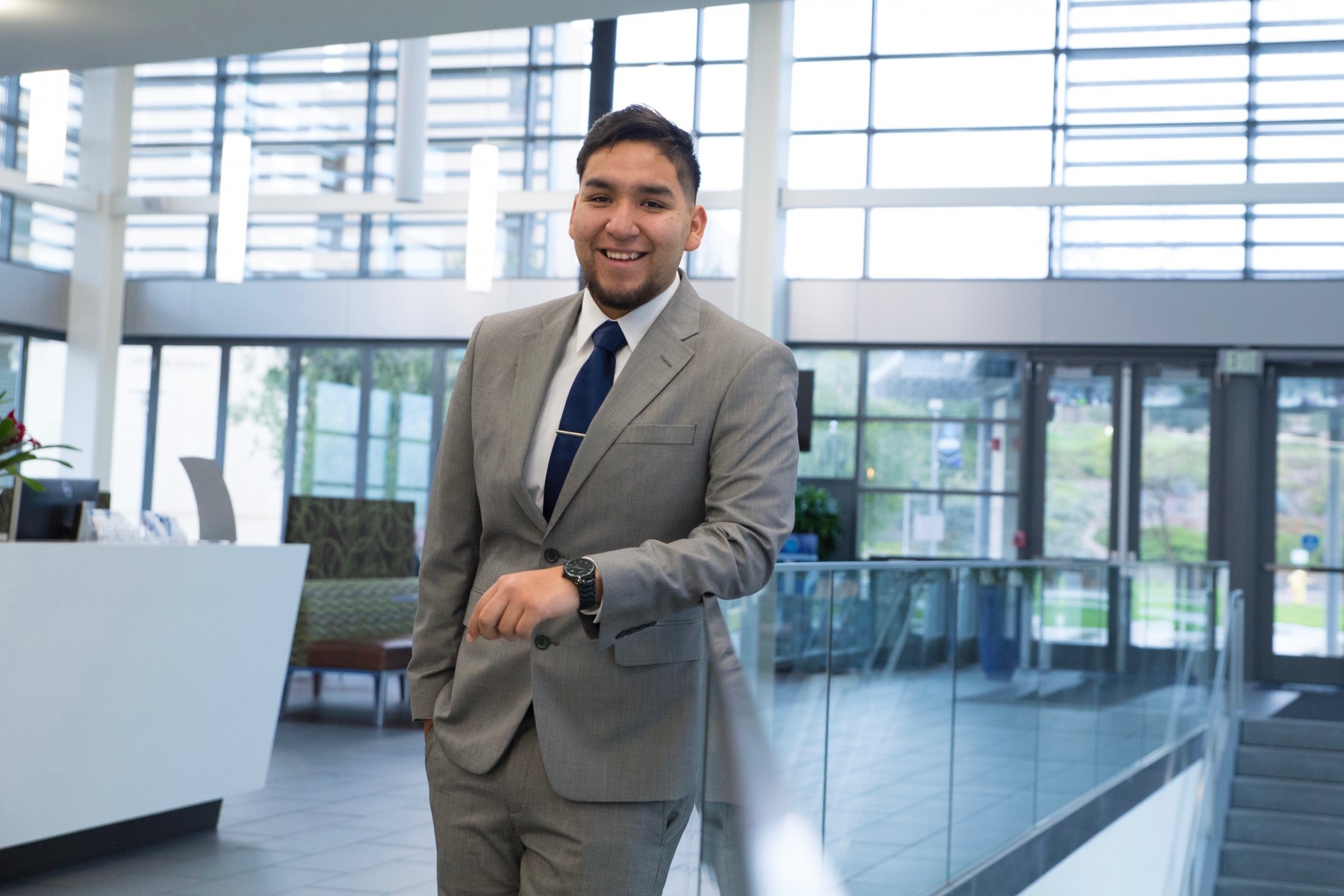 After joining SPS, Jesus started attending conferences and participating in physics events on campus. He even served as the group’s treasurer during the 2017-18 academic year.

Jesus’ work with SPS paid off in another way this month when he received an SPS Leadership Scholarship in the amount of $2,000.

SPS Scholarships are awarded to students who have exhibited outstanding academic and personal achievements. The scholarship funds are made available through donations by members of Sigma Pi Sigma, an honor society that is part of SPS.

“My goal in SPS was to be a leader and take our chapter further in the science community,” Jesus said. 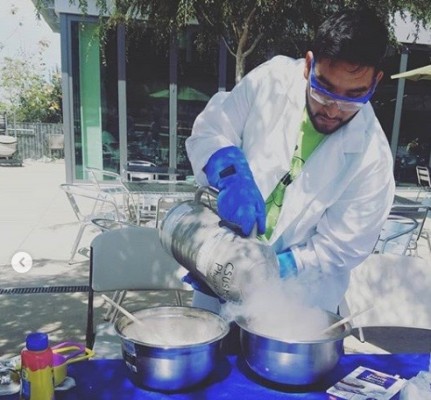 CSUSM’s chapter attended multiple national physics conferences this year, and Jesus helped inform and encourage students to attend. He also mentored students in his research lab and assisted classmates in their physics courses.

“Jesus has a lot of impressive qualities,” said Justin Perron, an assistant professor of physics and CSUSM’s SPS faculty adviser. “In the classroom it is clear he is very intelligent, has a very strong work ethic and is genuinely interested in the underlying physics. The combination of these traits inevitably leads to excellent performance in his classes.

“Outside of the classroom, through his involvement with SPS, he shows an impressive amount of initiative and independence. Whenever he gets an idea for an event or activity he doesn’t hesitate to do what it takes to make it happen, and he does so with minimal guidance.”

As one example, Perron cited an outreach event that CSUSM’s SPS chapter hosted at the Palomar Planetarium. Perron said the event required significant organization and logistics, including raising funds from multiple sources, organizing volunteers from Palomar, CSUSM and local industries, and arranging travel and permission slips from multiple middle schools.

Perron said Jesus led a team of SPS members and identified all of the necessary tasks for the event to be a success while solving any issues that cropped up.

“His independence made my role as an adviser extremely simple,” Perron said. “Every time he updated me it was almost shocking that he didn’t need any help from me and that everything, even with an event of that size, was under control. That sort of independence is rare, especially in an undergraduate student.”

Jesus credits SPS for getting him more involved with the physics community. It wasn’t until he became a member that he attended a physics conference or participated in a physics event on campus.

“It is motivating to know you have a group of people with you chasing the same dream,” he said. “SPS has provided enormous amounts of opportunities, including outreach, research and travel.”

Jesus said he will use the scholarship to help pay summer tuition and start saving for graduate school. He is spending much of his summer in the Washington, D.C., area for an internship with the National Institute of Standards and Technology – and he noted that the internship opportunity came through his association with SPS.

Jesus will graduate from CSUSM next spring before pursuing his Ph.D. in plasma physics.

But before he leaves, Jesus plans to encourage more CSUSM students to join him in SPS – and he emphasized that SPS is open to all regardless of their major.

“I tell people not to worry – we don't do any math in the club,” he said. “We like to blow things up, watch movies and have fun with the community through outreach.”