WHAT: California State University San Marcos (CSUSM) is celebrating its newly opened Latin@ Center with an official ribbon-cutting ceremony. The Center is a community space designed to serve the needs of all students at CSUSM with a particular emphasis on promoting greater awareness of Latin@ issues, culture and identity. In addition, support services such as mentoring and advising provide students with additional resources for lifelong success.

Recommended media parking is in Parking Structure I, located near the intersection of Campus Way and Campus View Dr.

WHY: According to the The State of Higher Education in California – Latino Report, published in April 2015, in California Latinos are underrepresented in every segment of higher education and have lower levels of college degree attainment than other racial/ethnic groups. On average, 31 percent of Californians have a bachelor’s degree while only 12 percent of Latinos in the state do. The CSUSM Latin@ Center will serve the nearly 40 percent of CSUSM students who self-identify as Hispanic/Latino by helping these students set goals, gain leadership abilities and develop skills that will help them succeed academically, professionally and personally. A welcoming place for all students, the Center is an inclusive environment that will enhance CSUSM’s mission to be a diverse and welcoming university, reflecting and serving the region. 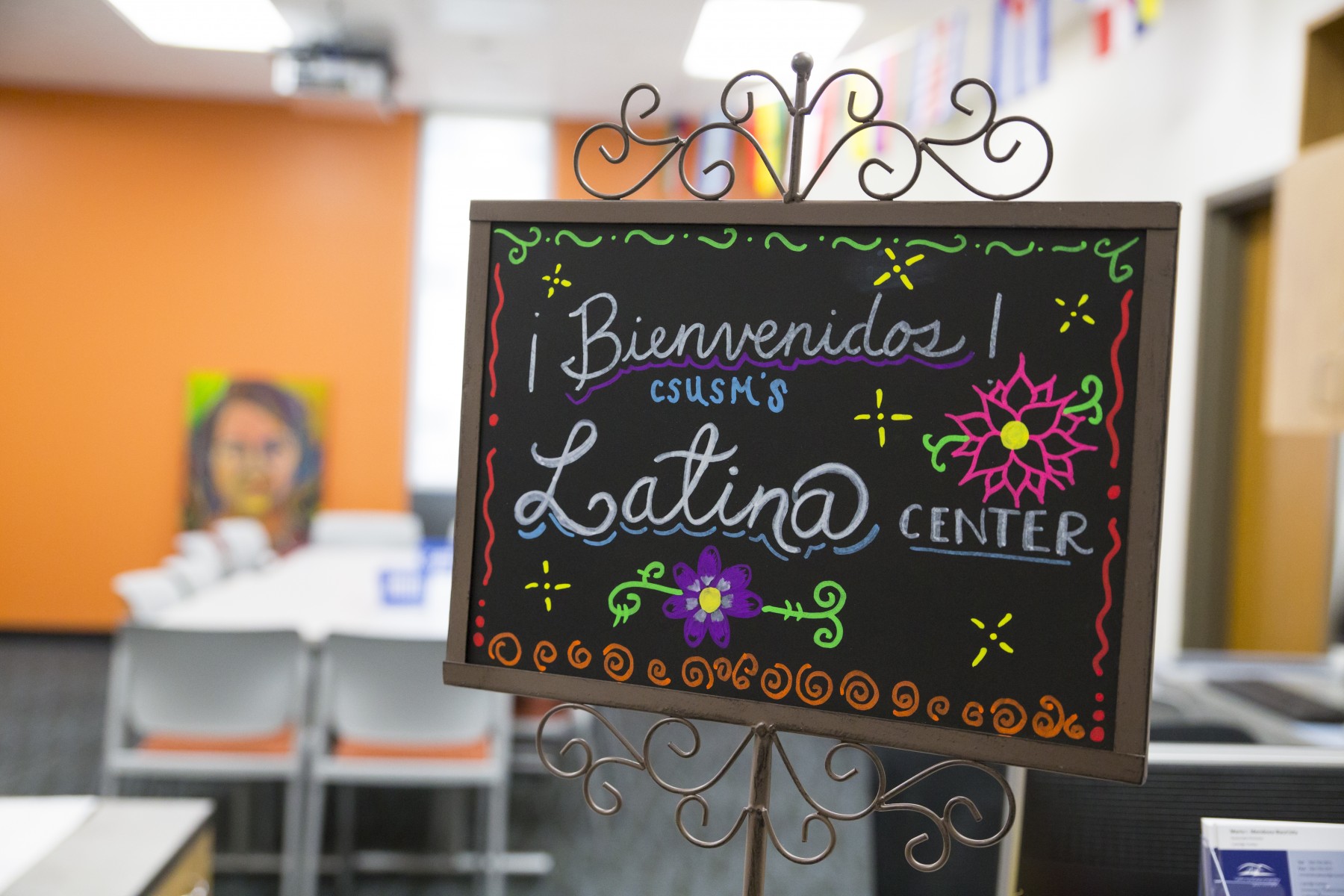 The Latin@ Center
Located in the University Student Union (USU 3300), the Latin@ Center is a welcoming place for all students to celebrate and enhance understanding of the Latin@ culture. In addition, the Center will implement support services aimed at helping Latin@ students develop the leadership and academic skills they need for success.
NewsCenter