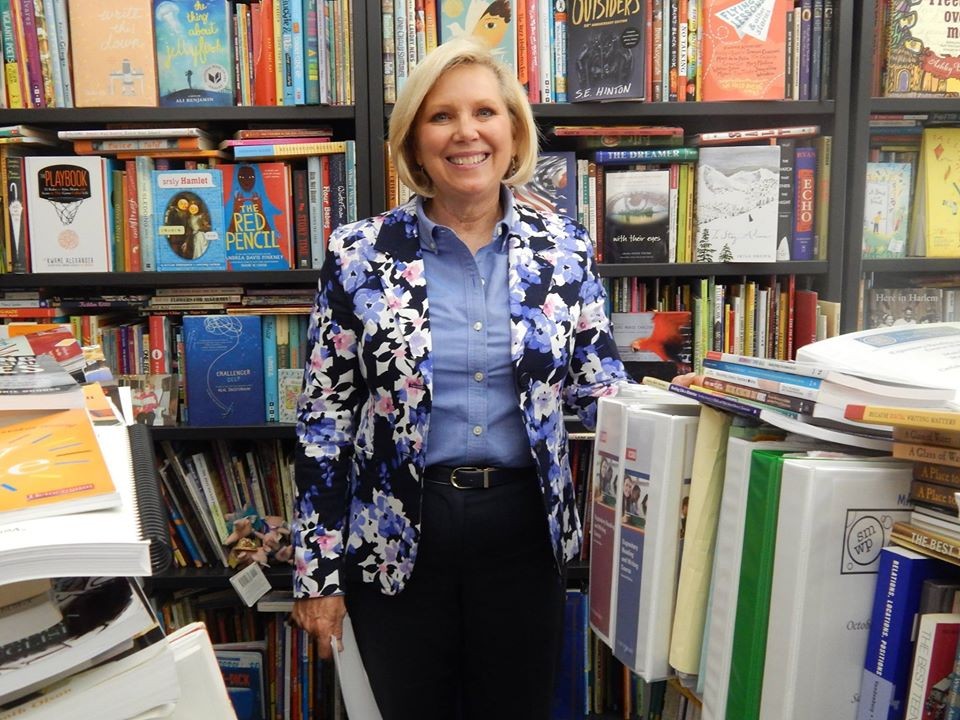 Laurie Stowell, a professor of literacy, has been named director of the School of Education effective Jan. 25.

Laurie Stowell has been a professor at Cal State San Marcos since 1992, only two years after the university opened its doors.

Stowell has been named the director of the School of Education, one of three schools within the College of Education, Health and Human Services at CSUSM. She will officially begin the job on Jan. 25, the first day of the spring semester, though she said she has been working closely with current director Pat Stall during the transition.

Stall, who has been in the position since 2016, is returning as a faculty member in the School of Education.

Stowell, a professor of literacy, will serve as the school’s director for the rest of this academic year and the next three academic years.

“I love the School of Ed and I love my colleagues,” Stowell said. “I’m pleased to serve the school and the university, and I look forward to working with the other department chairs and directors in the college.”

Because of the shared governance model of the School of Education, the approximately two dozen tenure-track faculty members are evaluated by peer review committees, not the director. That means that Stowell will remain their colleague as opposed to being their supervisor.

“This is a role in which I can facilitate the work of other people rather than manage it,” she said.

Deborah Kristan, the interim dean of CEHHS, said Stowell is “exactly the right person at the right time” for the job of director.

“Her leadership in education scholarship, accreditation and shared governance ensure that she is well poised to be successful in this position,” Kristan said. “The School of Education is very fortunate to have such an accomplished colleague at the helm.”

Stowell said one of her biggest immediate tasks will be continuing the work started by Stall in preparing reports for the process of accreditation that will culminate in about a year. Other challenges that Stowell expects to face during her term include funding shortages stemming from the economic fallout of the coronavirus pandemic and difficult conversations about the future of education in a post-pandemic world.

“What happens on the other side of all this online learning?” Stowell said. “The university is reflecting what’s happening in K-12, and our teacher credential candidates are being prepared fully online. But, hopefully in the fall, they’ll primarily go back to physical classrooms. What lessons can we take from this? What do we want to keep? What do we want to throw out? It’s a good opportunity to reflect on what works virtually and what we value in face-to-face environments.”

Stowell will relinquish her teaching duties while serving as director, but she plans to keep running the San Marcos Writing Project, which she founded in 2001 and which provides professional development for local teachers.

Stowell received the Brakebill Award for outstanding professor of the year at CSUSM in 1997 and the CSU Wang Family Excellence Award in 2005. She earned a Ph.D. in language, literature and reading from Ohio State University, before which she taught middle school in Columbus, Ohio, for 11 years.