Looking at the NFL to Measure Pay, Performance, and Risk Taking in the Workplace 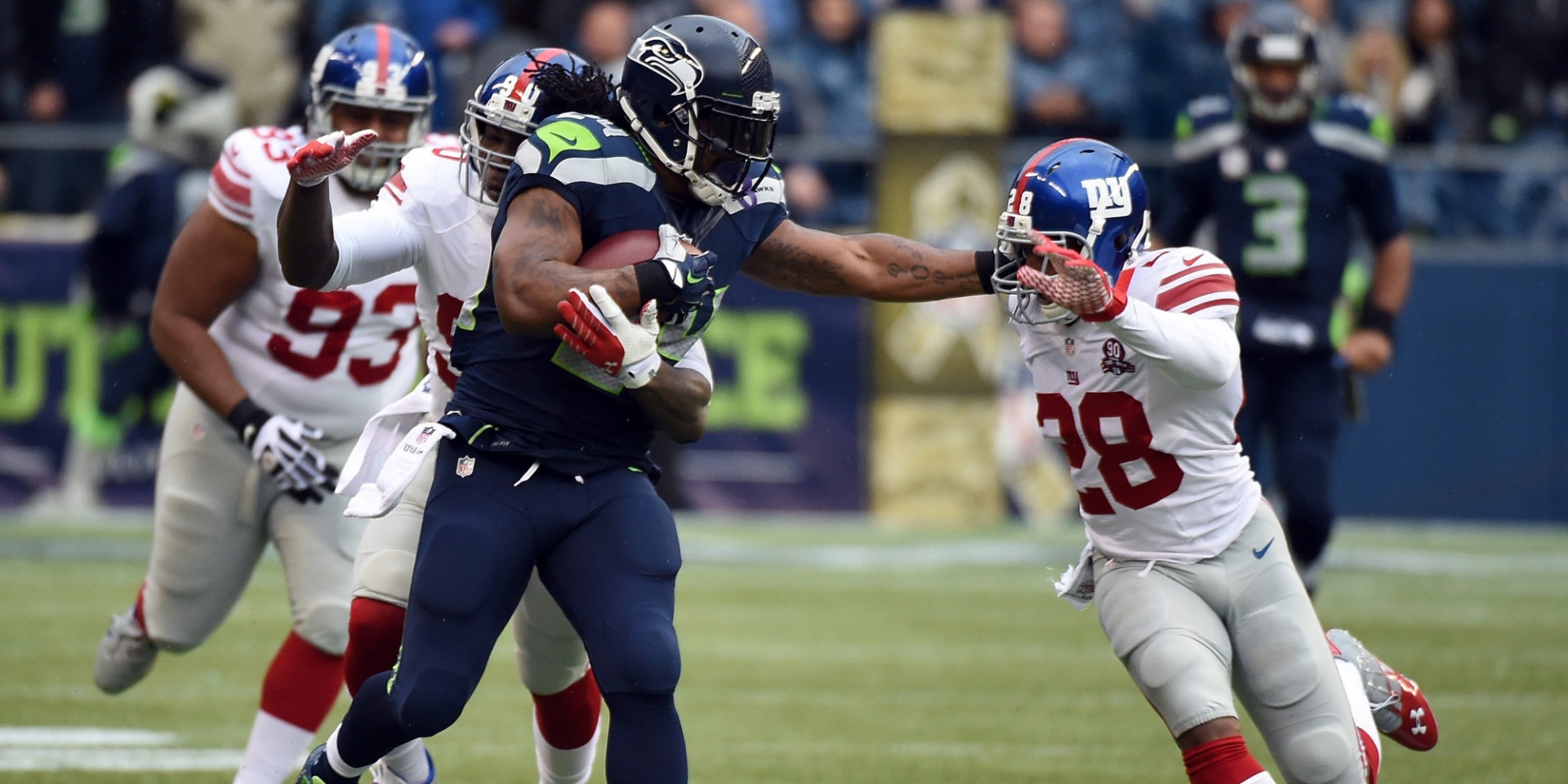 Marshawn Lynch
Running back Marshawn Lynch #24 of the Seattle Seahawks gives cornerback Jayron Hosley #28 of the New York Giants a stiff arm during the first quarter of the game at CenturyLink Field on November 9, 2014 in Seattle, Washington. (Photo by Steve Dykes/Getty Images) | Steve Dykes via Getty Images

The next time you see Seattle Seahawks running back Marshawn Lynch fighting for an extra yard or two after being hit by an opposing linebacker, you may be watching more than a determined Pro Bowl star determined to secure a first down.

Or so says Dr. Quinn Keefer, an assistant professor in the Cal State San Marcos economics department, who is wrapping up a groundbreaking study on whether higher pay increases performance and the risk a worker is willing to take.

“If you were to increase a player’s salary, would that increase their performance on the field, and does increasing a player’s wage increase the amount of risk they’re taking?” asked Keefer.

The study transcends sports said Dr. Thomas Kniesner, an economics professor at the Claremont Graduate University who is working with Keefer on the research project.

“It is using a highly defined job setting to get findings on human behavior and risk taking,” Kniesner said.

So why look at NFL running backs instead of, say, window washers when measuring pay and risk taking?

Because, Keefer said, the measurements involved in his study are more accessible. Player salaries are a matter of public record. Statistics and advanced metrics for running backs also are easily obtained. To measure risk, Keefer is using a statistic known as yards-after-contact, a statistic kept by ESPN Stats & Information and others. (According to ESPN, Marshawn Lynch averaged 2.53 yards after contact on 280 rushes last season.)

Keefer doesn’t figure to complete the study until this spring, but preliminary results are showing that increasing a player’s salary does not, in fact, increase performance or a player’s willingness to take additional risk. The study includes data from the 2007, 2008 and 2009 NFL seasons and is focused on halfbacks, not fullbacks, the latter of whom are primarily run blockers. 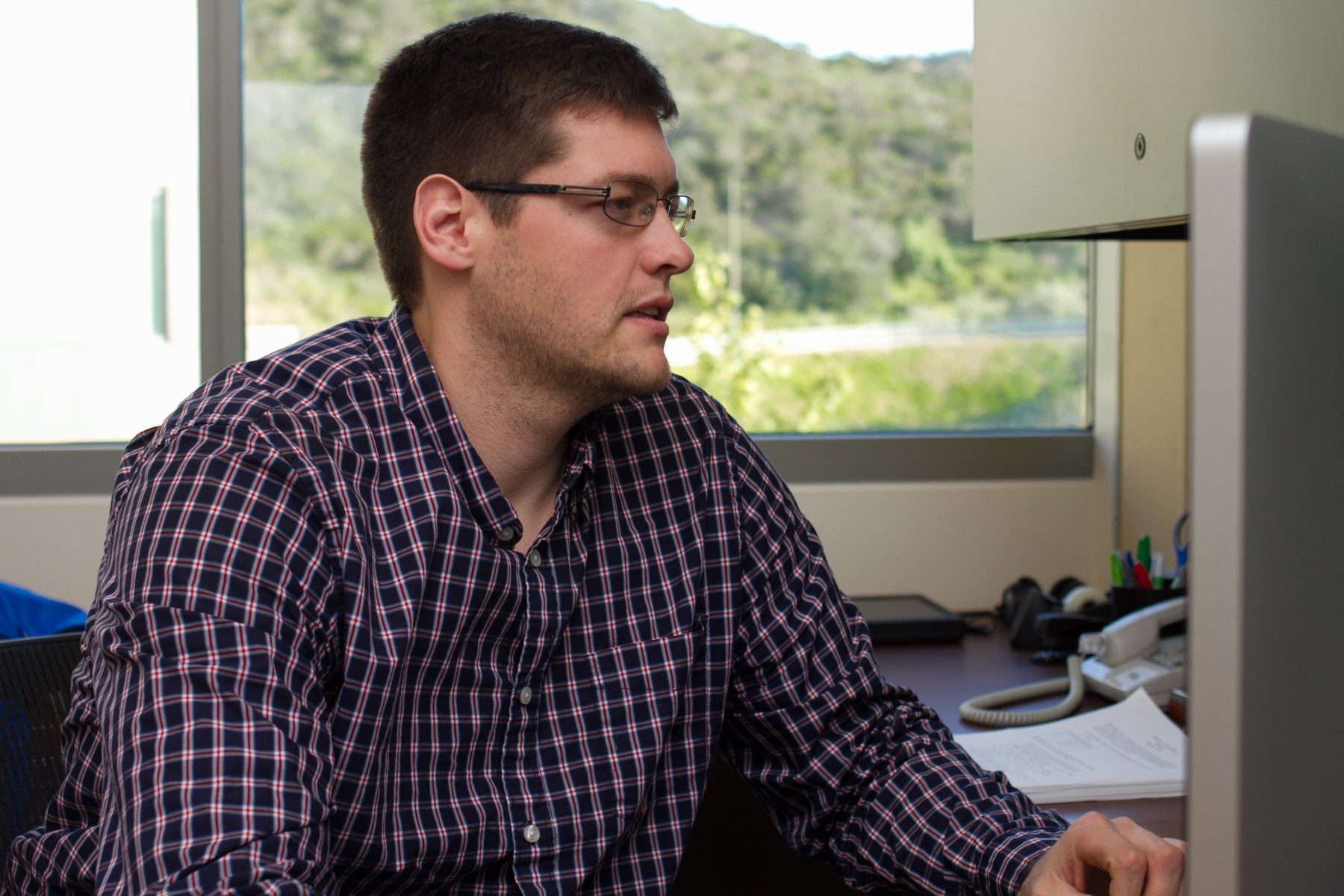 Dr. Quinn Keefer
Dr. Quinn Keefer, assistant professor in the Cal State San Marcos economics department, is wrapping up a groundbreaking study on whether higher pay increases performance and the risk a worker is willing to take. Photo by Vanessa Lomibao

Keefer, who is wrapping up his first year of teaching at CSUSM after serving as an adjunct professor at Whittier College and Claremont Graduate University, said his study has drawn interest from some in the media. Previous research looked at how linebackers are getting shortchanged (Compensation Discrimination for Defensive Players) and how the difference in wages between the 32nd and 33rd pick in the NFL draft is significantly greater than the difference between, say, the 17th and 18th simply because Nos. 17 and 18 are taken in the same first round, whereas the No. 32 and 33 picks are separated by Round 1 and Round 2 of the draft (Rank-Based Groupings and Decision Making).

Keefer has more than a passing interest in sports; he played football and baseball at both Whittier College and College of the Holy Cross. But will people who couldn’t care less about football care about his studies’ findings? They should.

“You can use sports markets to apply to things that are used in many other markets besides sports,” Keefer said.

For example, the Rank-Based Groupings and Decision Making study noted that people consider rankings as a signal of quality, even when those rankings may not be as significant as they first appear. Take, for example, the importance people put on a Top Ten list in any field, including top-grossing movies or top-selling albums. And even non-football fans might be interested in the Compensation Discrimination for Defensive Players study, which concluded “that significant discrimination against Black players is evident in the NFL linebacker market.”

But Keefer does not only look at sports in his research. A 2013 study, “Employment Type and Length of Stay in Substance Abuse Treatment: Economic Factors and Gender Specific Effects,” is published in the International Journal of Social Science Studies, and he is working on another paper entitled, “Job Offer and Wage Discrimination for Highly Skilled Workers: Evidence from the Market for New Law School Graduates.”

“Quinn is a very bright, up-and-coming economist,” Kniesner said. “I’ve been a professor for some 40 years and he is among the best young economists I’ve ever worked with.”

Looking at the NFL to Measure Pay, Performance, and Risk Taking in the Workplace