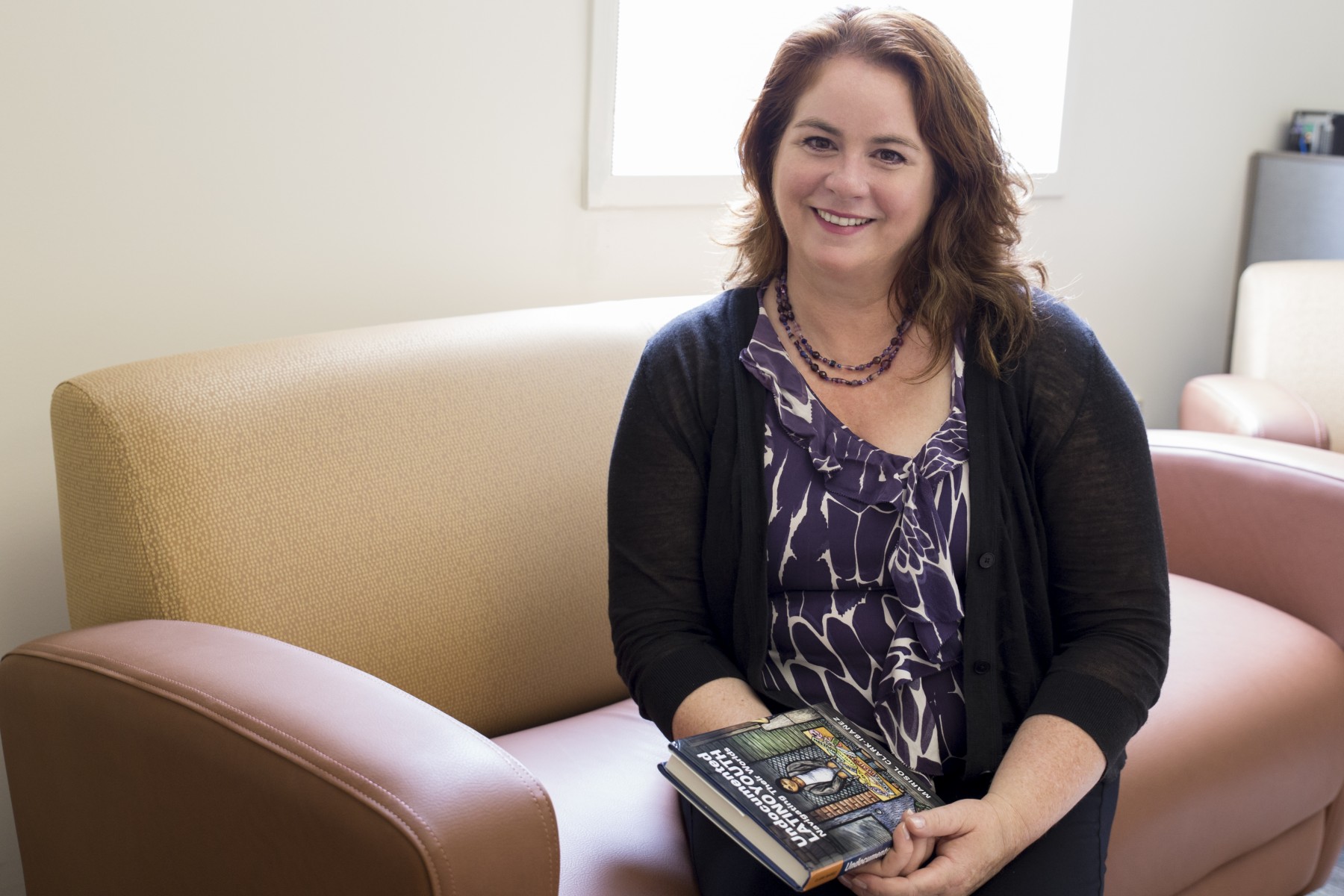 “Essential...Sheds light on how the racist implementation of immigration policies trickles down to shape the lives of children and young people in and out of school,” wrote one book reviewer. “A must read...Provides compelling examples of resilience, struggle and activism,” wrote another.

Authored by Cal State San Marcos Associate Professor of Sociology Marisol Clark-Ibáñez, Undocumented Latino Youth: Navigating Their Worlds, is a 273-page edition detailing the obstacles and challenges undocumented immigrants face while trying to get a public education, along with the resiliency they exhibit. The book, published in July, was written in collaboration with seven current and former CSUSM students, some of whom are undocumented themselves.

“It’s important that their stories be told, that their challenges be understood,” said Clark-Ibáñez.

Research included interviewing undocumented students in elementary, middle and high school, and college. Some 100 students in all were queried but first CSUSM researchers had to build trust with the students they were interviewing.

“Some people are very open about their immigration status if they’re an undocumented immigrant,” Clark-Ibanez said. “But others are very protective of their status and are not so willing to talk about it openly.” 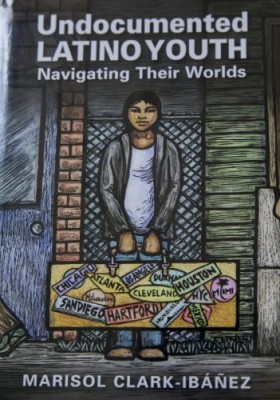 The book evolved from Clark-Ibanez’s work as an advisor to the CSUSM student organization Standing Together As oNe Dream (S.T.A.N.D.). Several students in the group said they were interested in researching the plight of undocumented immigrants and asked her for guidance.

That resulted in a chapter (A passport to education: Undocumented Latino university students navigating their invisible status) published in the International Handbook of Migration, Minorities, and Education: Understanding Cultural and Social Differences in Process of Learning.

One involved student was Gricelda Alva, who graduated in 2009 with a bachelor’s degree in human development with an emphasis in counseling services.

“By highlighting people’s testimony and experiences, and by detailing what individuals are going through, we’re humanizing and personalizing the immigrant experience, illustrating what it means to be undocumented and what it means to face these challenges that they are facing,” Alva said.

Those experiences are a far cry from what Clark-Ibáñez faced as an immigrant from Peru born to educated parents. Her father was an American who worked for the Peace Corps. When she was four years old the family moved to Berkeley, later settling in Davis.

“I had a very privileged immigrant experience,” she said.

Clark-Ibáñez joined the sociology department at CSUSM in September 2003, and she earned tenure in June 2009. Currently she serves as the graduate coordinator for the Master of Arts in Sociological Practice (MASP). Her general research interests are in education, childhood, immigration, inequality, qualitative methodology, visual sociology, gender, race and relationships.

Undocumented Latino Youth: Navigating Their Worlds has taken on added meaning, being published at a time when undocumented immigration has been thrust to the forefront of presidential campaigning. “This rhetoric is negatively affecting a lot of people unnecessarily,” Clark-Ibanez said. “It is irresponsible and disheartening.”

Yeraldin Montiel, who collaborated on the book and graduated with a bachelor’s degree in sociology in 2014, said the issue is too complex for sound bites.

“People need to know that we came here as children, it wasn’t our choice,” Montiel reflected. “It wasn’t until high school that I even knew I was undocumented. I only learned when I was filling out my financial information when I was applying to college.”

And that, Montiel said, meant she was ineligible for financial help when attending CSUSM. She worked full time at fast food restaurants and cleaning houses to make ends meet.

“Everybody has struggles, but many people don’t understand the struggles we are going through,” she said.

For many, one of those struggles entails just getting to school. In many neighborhoods, for example, undocumented immigrants have been targeted while taking their children to or from campus.

“Many of the participants voiced concerns about the dilemmas of walking to school or work, driving, trying to get by, and working hard to succeed in the face of intense stress about their immigrant status,” Clark-Ibáñez said. “Life for these students involves risk and faith. Immigration for them means coping with daily life-altering decisions, the sense of being from neither here nor there, and the enduring quest for a better life.”

In fact, researchers say that only half of undocumented immigrants graduate high school, and their college-going rate is far less than the rates of their naturalized Mexican peers. What’s more, about half of the undocumented youth who do go to college leave school without earning a degree.