More than a Name: Donor’s Gift Laid the Foundation for a Legacy of Business Education 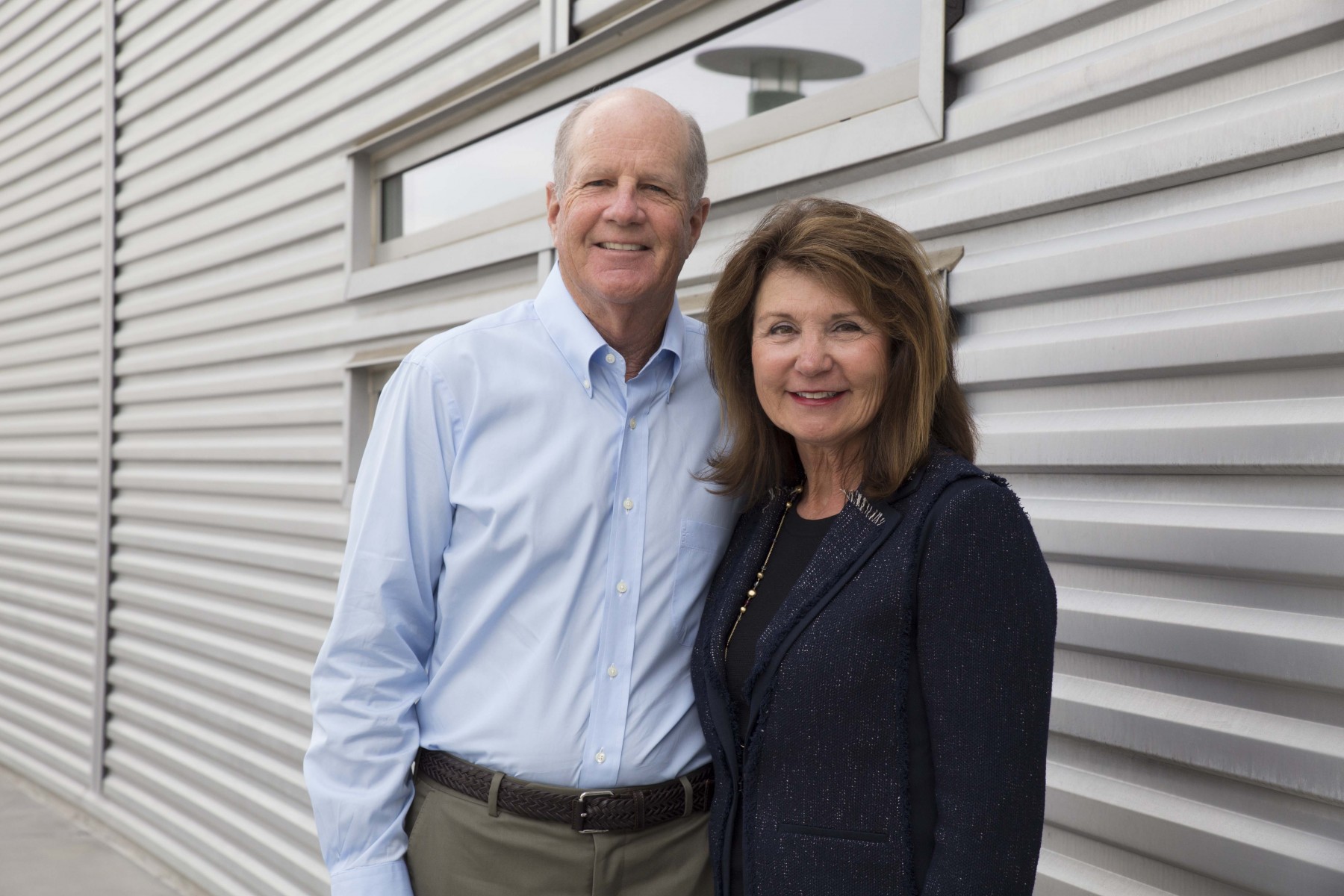 You could say that business is in Ken Markstein’s blood. His grandfather, Albert, was a selfless, hard-working entrepreneur that started his career by distributing beer by horse and wagon almost a hundred years ago. Today, Markstein Beverage Company is a fourth-generation family owned and operated distributor that continues his legacy through a commitment to community involvement and philanthropy.

A FAMILY HISTORY OF PERSEVERANCE AND BUSINESS ACUMEN

Albert grew his business from just six cases of beer in 1919 to one of the largest independent wholesale beer distributorships in the United States despite the early challenges of prohibition—a nationwide constitutional ban on the sale, production and transportation of alcoholic beverages that began in 1920. During that time, the company stayed afloat by selling ciders, soft drinks and other drinks with little to no alcohol content. When prohibition lifted in 1933, business started to boom again and the company became a true family affair, eventually employing Albert’s sons: Al Jr., Adolph and Walter.

Father and sons understood several important business essentials: build rapport, make friends and gain the respect of customers, brewers and local communities. They also recognized the value in supporting the community through charitable, political, athletic and educational involvement. It was a recipe for success. Over the next 30 years, Markstein Beverage Company grew to seven distributorships in the Bay Area and one in Long Beach, with several breweries supplying products.

In 1979 the three brothers split up the distributions and history repeated itself. Adolph and his three sons—Richard, Steve and Ken—continued running the centers in Sacramento and Oakland.

KEN MARKSTEIN: FROM AERONAUTICS TO FINANCE

Although Adolph never attended college, he made it a priority that his children did.

“I really wanted to be an astronaut growing up, but when my degree in aeronautics wasn’t working out, I went into finance,” said Ken. “After I took the call from my brother to help with the business, I never looked back at school.”

After receiving his degree from San Jose State University, Ken’s original plan was to take a short break to help with the family business and then return to pursue a teaching credential. Instead, he found a lifelong passion and career at Markstein Beverage Company and now serves as its president and chief executive officer.

MARKSTEIN HALL: A PLEDGE WITH A PURPOSE

When Ken’s father passed away in 2004, Ken and Carole wanted to do something special to honor him. Their desire prompted them to make a multi-million pledge in 2005 to help Cal State San Marcos make its state-of-the-art business building a reality.

“I remember it like it was yesterday,” said Ken. “They had the plans to do the building and we had contributed before in regards to other things for the University. I actually went home and talked to Carole the same night about her thoughts on making a commitment and she was very supportive. So I did a little research and decided it was the direction we wanted to go.”

Their gift fit right in line with their philanthropic ideals. Ken and his wife, Carole, had already been committed to regional community outreach and volunteering. In fact, they established the College of Business Administration’s first scholarship in 1991 when CSUSM was just a year old.

“We wanted to take the opportunity to help this campus grow while honoring the ethics and legacy handed down by previous Markstein generations,” said Ken. “My first impression was that this campus was going to be a very focal and pivotal point in North County for individuals to be able to go to school here, and we really needed something in this area. A place for people to have the opportunity to pursue or finish their degree was important to us.”

When Adolph turned the company over to his three sons at the early age of 60, Ken admired his father’s ability to let go of the reins and allow his children to flourish and become well-rounded businessmen like himself.

“He was a real positive influence on me,” said Ken. “I really try to live the way he lived and operate the way he did. His word was his bond and if he said something he would do it.”

Ken and Carole’s generous gift enabled the University to integrate cutting-edge technology and furnishing upgrades for the premier business recruitment of first-rate faculty.

It’s been a decade since Ken and Carole cut the ceremonial grand-opening ribbon for Markstein Hall. Today the building has become the central hub of business leadership in the region, boasting success with signature programs including the Center for Leadership Innovation and Mentorship Building (CLIMB), In the Executive’s Chair, Senior Experience, the Business Professional Development Program and the Professional Mentor Program.

“CSUSM has exceeded anything I have ever expected,” said Ken. “President Haynes is great and what they have done here is incredible considering the economic environment. They have accomplished a lot.”

The University celebrated the 10th anniversary of Markstein Hall in April with an intimate ceremony to honor the couple with a commemorative plaque for their donation and continued support.

“The biggest thing is to never lose sight of where you came from and who you are,” added Ken. “If you have the opportunity to give back, no matter what capacity that might be—in time, effort or financially—you should take the opportunity to do that.”

More than a Name: Donor’s Gift Laid the Foundation for a Legacy of Business Education