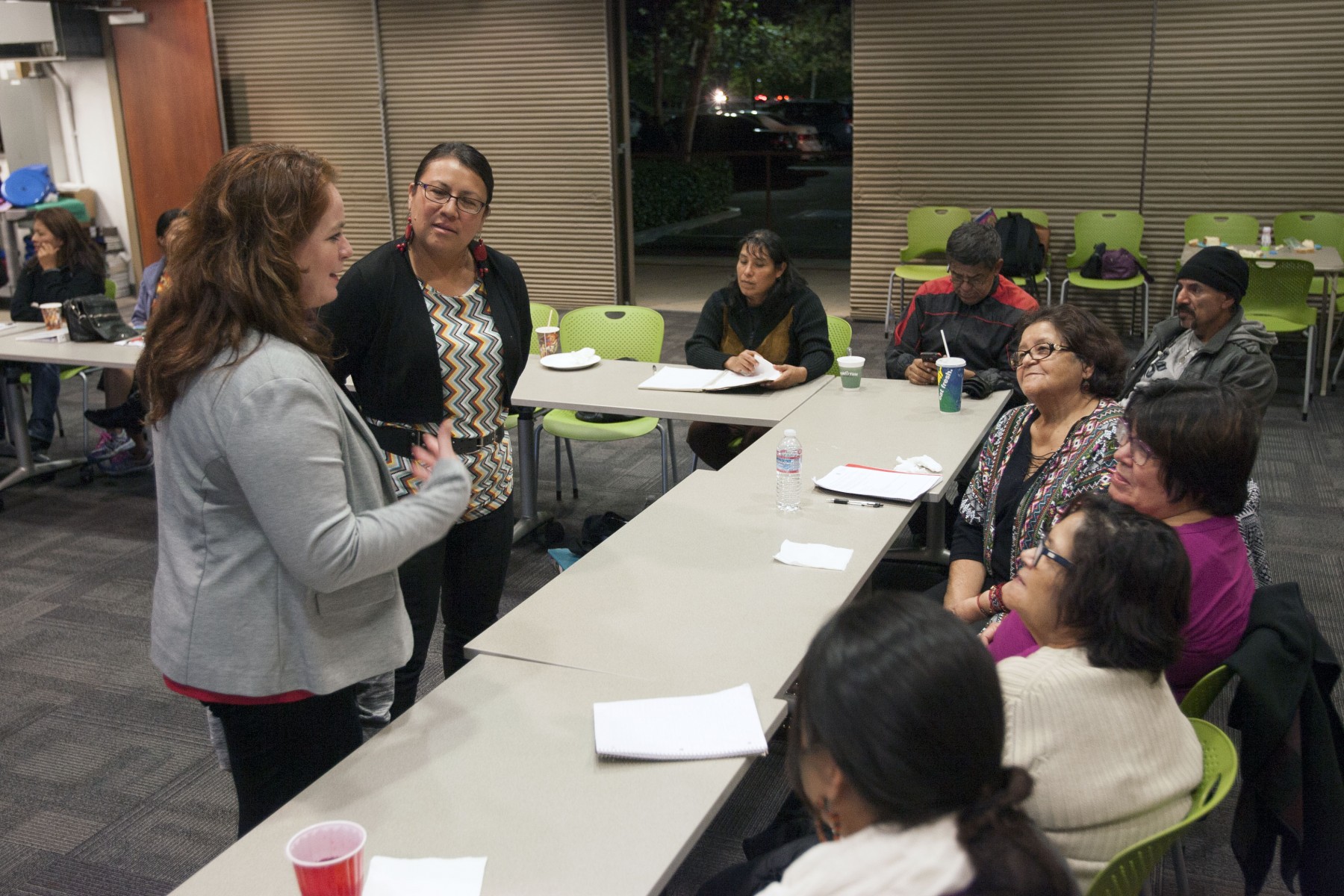 What started out as a California State University San Marcos-led initiative that brought educational seminars into local libraries has blossomed into a three-year, $852,201, federally-funded study to boost civic engagement in Latino communities.

The study, Cultivando Liderazgo (Nurturing Leadership), is being undertaken through a partnership involving CSUSM and the National Latino Research Center (NLRC), the latter of which is based at the San Marcos campus. The Corporation for National and Community Service, the federal agency that administers AmeriCorps and other national service programs, is funding the three-year study.

“Our ultimate goal is to get a better idea to see what tools are most useful in getting people involved, finding out what challenges people are facing in trying to get involved, and what we can do to keep them involved,” said NLRC Research Director Arcela Nuñez­-Alvárez.

The project comes during a time of sustained growth in the local Latino population. Over the past decade, the number of Latinos calling San Diego County home has increased from a little more than one in four residents to a little less than one in three. In some cities and neighborhoods, Latinos account for well more than half of the population, yet locally collected data indicate they generally are disengaged from civic life, and they have the lowest voter turnout of any group.

The study evolved from an earlier effort known as Universidad Popular, or People’s University, in which students and professors visited local libraries and community centers for seminars with grandparents, parents, and their children on various topics with titles such as The Latino Experience and the Importance of Education and Chicano History and Culture.

“We just felt there was a need for more educational opportunities in the community, especially among the Latino immigrant communities,” Nuñez­-Alvárez said.

Before long, 70 or more people were turning out for the weekly seminars. When Universidad Popular last year tackled the subject of Latino civic engagement, interest spiked even further.

That’s when Nuñez­-Alvárez and Marisol Clark­-Ibáñez, a CSUSM associate professor of sociology, began thinking about expanding their effort to include a study measuring the impact the civic engagement courses were having.

“Community participation in civic leadership for Latinos is especially relevant in San Diego County given that civic engagement among Latinos lags far behind their white, Asian and African-American counterparts both in California and nationally,” said Nuñez­-Alvárez. “Although individual experiences that motivate civic engagement are well­ documented, research on factors such as age, educational background, socio­economic status, familial upbringing, cultural context and geographic locale, which are also related to civic engagement, have not been studied empirically.”

The study comes as campaigning begins to heat up for the 2016 presidential election—an election in which Latinos are expected to play a pivotal role regardless of their turnout. Under current plans, the Universidad Popular model will be expanded to neighborhoods from coastal to inland North County.

“This will allow us to duplicate the curriculum we’ve been using and take it to many different communities and see if it is having any kind of impact on civic involvement,” Nuñez­-Alvárez said.

Both Clark­-Ibáñez and Nuñez-­Alvárez have extensive experience in promoting education and civic literacy. The research team at the NLRC has more than 15 years of experience conducting nationally­recognized research in education, civic engagement, youth empowerment and justice, health education, and disaster­ preparedness among migrant and Latino families in the region. NLRC’s on­going, close collaborative work among hard-­to-­reach communities in the region has earned it noteworthy credibility among the Spanish­-speaking migrant and Latino communities of Southern California. For the Cultivando Liderazgo project, collaborating organizations include the San Diego County Public Library and the American Civil Liberties Union.