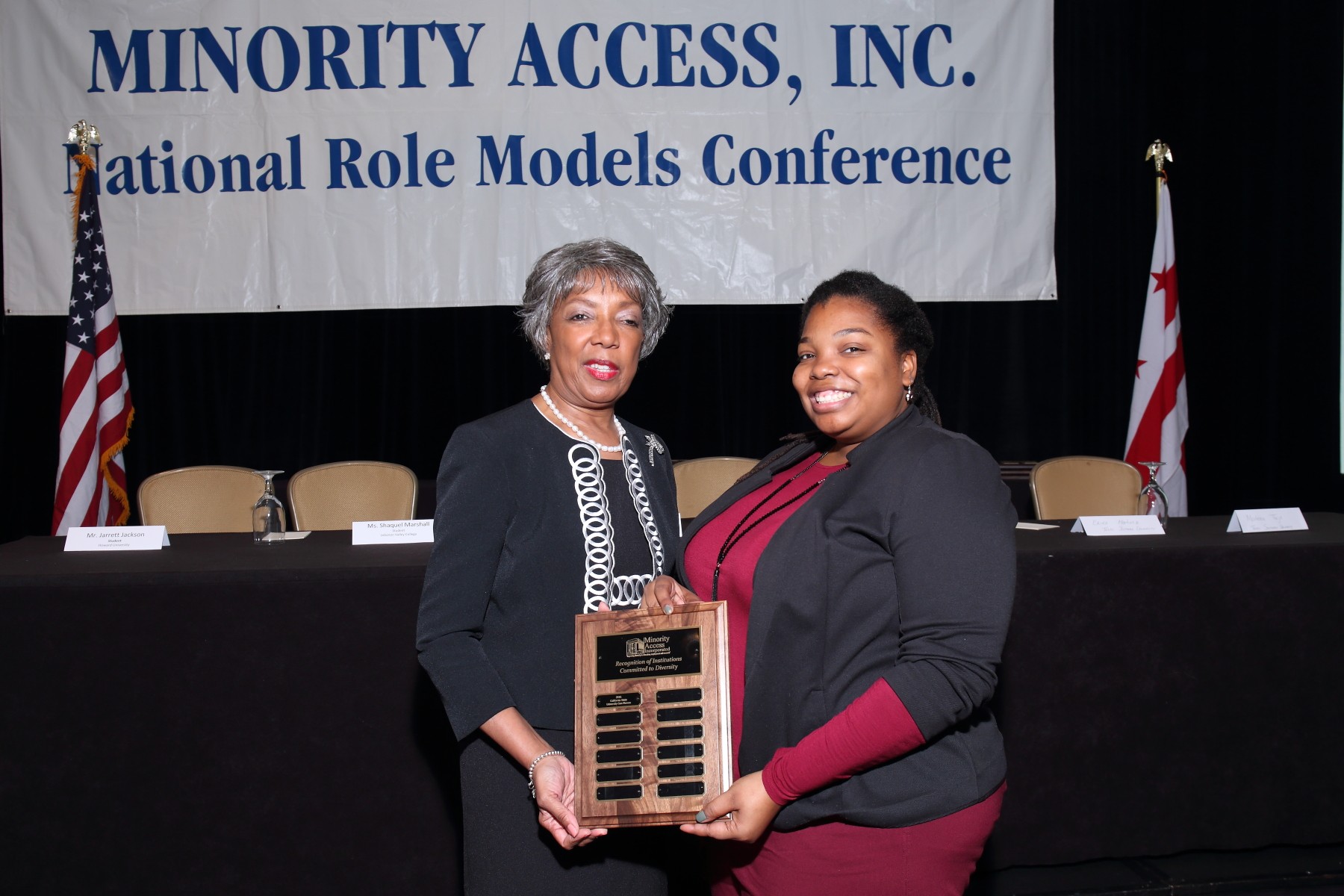 Ariel Stevenson made the most of her brief time in Washington, D.C., for the 17th National Role Models Conference hosted by Minority Access, Inc.

Stevenson had the opportunity to tour the new National Museum of African American History and Culture, visit embassies and embrace enriching experiences through a variety of panels offered during the Sept. 30-Oct. 2 conference.

And there was also the matter of accepting Cal State San Marcos’ Minority Access Award.

“Cal State San Marcos is committed to diversity, and this office works hard to ensure that we are doing our part as faculty and staff for students to make sure this is a welcoming, inclusive environment,” said Stevenson, the diversity coordinator in CSUSM’s Office of Diversity, Educational Equity and Inclusion.

CSUSM was one of 38 colleges and universities throughout the country honored with a Minority Access Award and one of just three in California.

The award recognizes schools for their commitment to diversity and expanding opportunities for underrepresented groups. Schools were required to submit descriptions of their diversity initiatives and the results of those initiatives as part of the application process.

Minority Access, Inc., is a nonprofit that was founded in 1995 to improve the higher educational, professional and managerial utilization of minorities. The organization assists individuals, academic institutions, federal and local governments, private agencies and corporations in diversifying their campuses and work sites.

Accepting the award on behalf of CSUSM highlighted a whirlwind of activities for Stevenson, who arrived in Washington on a Thursday and was back on campus by Monday.

The National Museum of African American History and Culture, in particular, left an indelible mark.

The museum is devoted exclusively to the documentation of African-American life, history and culture. It opened to great acclaim on Sept. 24, and Stevenson was able to visit during her trip because Minority Access, Inc., secured passes for attendees of the National Role Models Conference.

“It was amazing,” Stevenson said. “You think you know history. But when you go to this museum, it’s living history. It’s a whole new world.”

Stevenson spent nearly five hours in the museum and still didn’t see everything. Two exhibits particularly resonated – one about slavery and another about Emmett Till.

Till, a 14-year-old African-American, was murdered in Mississippi in 1955 for allegedly flirting with a white woman. His murder became a rallying point in the civil rights movement. The museum includes a display of Till’s casket and tells his story through his mother’s words.

“It’s like reliving that moment of the funeral,” Stevenson said.

“It’s nice to get recognized nationally for our commitment to diversity and to be at the forefront,” Stevenson said.