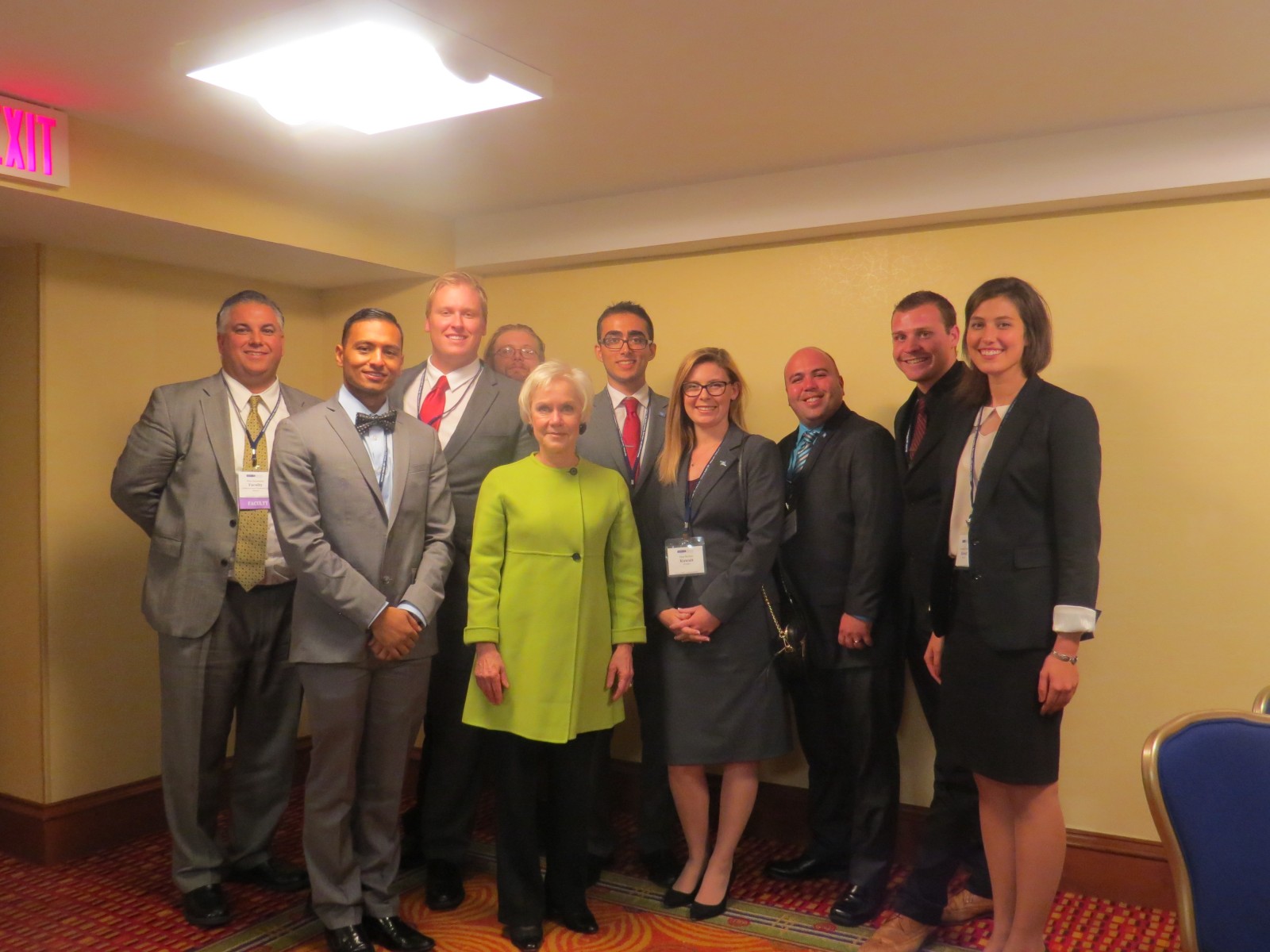 A dynasty in the making?

That’s what many are wondering about CSUSM’s Model United Nations program, which recently returned from an international competition in Washington, D.C., with coveted honors for `Outstanding Delegation’ and `Outstanding Position Paper.’

The CSUSM program was founded less than a year ago.

“It is definitely humbling,” said Craig Lavernz, a junior and former U.S. Marine sergeant who serves as president of the Model United Nations club. “This is only our second semester. The people who took part in this competition were the brightest of the bright. That made it pretty intense, but we did very well and I see no reason why it won’t continue.”

Model United Nations is a program in which students hone their research, debating, critical thinking, diplomacy and public speaking skills while also studying the role the United Nations plays on an increasingly complex world stage. Because the skills are so valuable in the workforce, Model United Nations programs attracts students from a variety of academic disciplines.

The turning point came when Bozonelos successfully applied for an Instructional Related Activities (IRA) grant from Student Affairs, which administers the student fee that funds IRA, to register for next spring’s National Model United Nations event in New York – the largest competition of its kind with some 6,000 participants.

“It’s a huge conference, it was a generous grant, and I thought if we’re going to compete on that kind of a level, we’d better be prepared,” Bozonelos said. So he secured another grant from the Dean’s Discretionary Fund to take eight students to the Washington, D.C. competition this fall. Students at Princeton, Syracuse and Washington and Lee universities are among the more than 1,000 competitors from around the world taking part in the Washington, D.C., event.

“Seeing the support we get from the school was amazing,” he said. “And that support and generosity made us determined to do well. We weren’t going to throw away this opportunity.”

The CSUSM team was tasked with representing Kuwait. After arriving in the nation’s capital, students met with officials at the Kuwait Embassy for a briefing on the Persian Gulf nation’s geopolitical views, then later consulted with former U.S. Ambassador Sally Shelton-Colby. Lavernz arranged the meeting with the diplomat, whom he got to know during an internship last summer.

The preparation paid off. The team’s Delegation Award means it ranked in the top 10 percent among participating schools, which included the graduate Maxwell School of Citizenship and Public Affairs at Syracuse University. The Outstanding Position Paper Award came for effectively articulating Kuwait’s views on emerging weapon systems, and collaborating and forming alliances with other

At the competition’s conclusion, advisers from several universities congratulated CSUSM not only for its results, but also for the professionalism and courtesy of its students, Masroori said.

“Our students really shined,” said Masroori. “I cannot express how impressed I am over what they did and how they performed. For them to be able to prepare and collaborate as a team, and then compete against students with far greater experience, and represent a country that does not play a major role in international politics is very impressive.”

Masroori and Bozonelos plan to build on the success and create a Model United Nations powerhouse that collaborates with North County high schools and community colleges in promoting workshops, tutorials and competitions.

“Model United Nations is so valuable in so many ways,” Masroori said. “Students learn about the dynamics of strategic thinking when it comes to global collaboration and diplomacy. They learn how to organize, how to engage in effective research, how to become good public speakers, how to negotiate. You are learning about world politics and how countries deal with each other. It is a wonderful program and it is wonderful that we are building a solid foundation for continued success.”