Unmasking the Meaning of Zombies and Monsters in Popular Culture 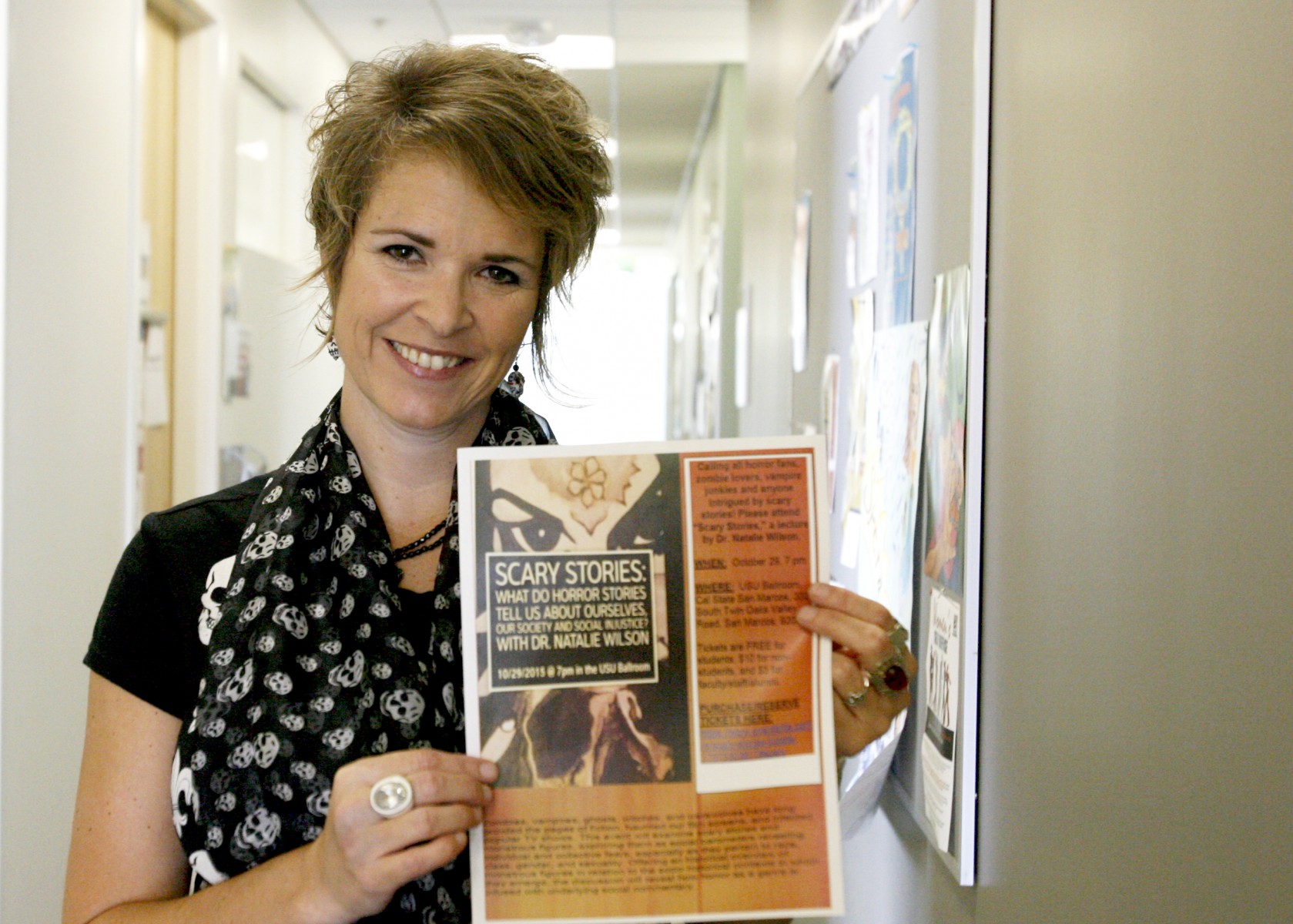 Natalie Wilson, Ph.D.
Author of Seduced by Twilight (which examined the Twilight cultural phenomenon from a feminist perspective) and editor of Theorizing Twilight, Natalie Wilson, Ph.D., researches the deeper meaning of horror in pop culture. Besides teaching at CSUSM, Wilson is writing two new books, Feminist Perspectives on Zombies, Vampires, and Witches: Radical Monstrosity in Literature, Film, & TV (Routledge) and Feminist Shorts: A Succinct and Savvy Introduction to Feminism (Palgrave), while blogging for Ms. Magazine, btchflicks.com, and Girl with Pen.

She was a little girl tossing and turning under the covers, having a fit trying to get to sleep. Her aunt, tired of the madness, told the small child that she’d better keep still because there was a witch under the bed who wasn’t happy with such antics.

“That made me hang over the bed and peer underneath throughout the night,” recalled Natalie Wilson, Ph.D., a literature and women’s studies scholar and writer at California State University San Marcos. “I’ve been looking for witches and other monsters ever since.”

Indeed, Wilson has become a nationally recognized expert on the subject.

Author of Seduced by Twilight (which examined the Twilight cultural phenomenon from a feminist perspective) and editor of Theorizing Twilight, Wilson researches the deeper meaning of horror in pop culture. Besides teaching at CSUSM, Wilson is writing two new books, Feminist Perspectives on Zombies, Vampires and Witches: Radical Monstrosity in Literature, Film & TV (Routledge) and Feminist Shorts: A Succinct and Savvy Introduction to Feminism (Palgrave), while blogging for Ms. Magazine, Bitch Flicks and Girl with Pen.

“Natalie is a phenomenal colleague, professor and researcher, and I cannot emphasize enough how lucky we are to have her in our department,” said Jodie Lawson, chair of the Department of Women’s Studies. “She is able to successfully teach research and theory to students in ways that resonate with their lives. She has a gift for analyzing popular culture and deconstructing it in such a way that students see the relevance to their lives and just how culture affects them.”

On October 29, Wilson will be presenting a lecture entitled, “Scary Stories: What do Horror Stories Tell Us About Ourselves, Our Society and Social Injustice?” as part of CSUSM’s Arts and Lectures series. The purpose of her talk, Wilson said, is to motivate those in attendance to reflect upon stories that circulate in American culture and consider why certain stories scare us and how they often bolster sexism, racism and classism.

So what do television shows and feature length films such as The Walking Dead and Twilight tell us about ourselves?

“They tell us quite a bit,” Wilson said. “Horror as a genre is often more political than people give it credit for. Nothing is just for entertainment.”

Wilson says one need only look to the origins of witches and zombies in folklore and early literature. Wicked witches began to appear in literature more frequently during the transition to an industrial society due to changing gender and work roles. Witches, Wilson said, represented the bad that would happen to women who ventured outside their new roles. The film The Wizard of Oz is the epitome of such thinking in modern times: the Wicked Witch of the East gets what she deserves for being an independent woman and Dorothy—who had been looking for adventure—learns her lesson that a young woman’s place is in the home.

Zombies, on the other hand, evolved from Haiti and represent Haitians’ collective feelings about colonialism and being forced into slavery by white masters. After zombies immigrated to American literature, they came to represent enslavement to capitalism. The insatiable appetite was a metaphor for a consumer society on steroids. No wonder, Wilson says, that the seminal 1978 zombie film Dawn of the Dead is set in a shopping mall.

“I love literature and film, but I really like to look at texts through a political lens,” says Wilson, who regularly presents at national and international conferences and delivers talks at college campuses and for feminist organizations.

Students and professors at CSUSM are among her biggest fans.

“She is super innovative, really on the cutting edge, especially when it comes to using social media in the classroom,” said Matt Atherton, an assistant professor of sociology who incorporates popular comics into larger lessons on crime and punishment. “She has so many great ideas, and some of her research on female filmmakers has just been wonderful work.”

Preston Witchell, who took Wilson’s Women Before and Behind the Camera class agrees:

“Her energy and accessibility inspire students to actively learn and engage with the material that is being discussed.” 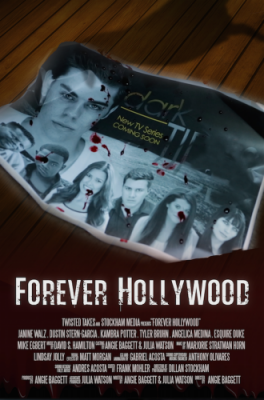 Forever Hollywood is a short dark comedy/horror film that uses zombies to satirize the Hollywood movie industry. Following the film, Associate Professor of Literature and Writing Studies Rebecca Lush will facilitate a Q & A session with Angie Baggett, the film’s screenwriter, director and producer. This event is free and open to the public.

Scary Stories: What Do Horror Stories Tell Us about Ourselves, Our Society and Social Injustice?—with Dr. Natalie Wilson 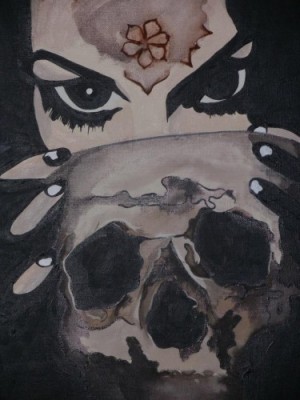 Zombies, vampires, ghosts, witches and werewolves continue to haunt our cultural imagination. This event will examine scary stories and monstrous figures, exploring them as social barometers revealing individual and collective fears as they pertain to race, class, gender and sexuality. Offering an historical overview of scary stories in relation to the socio-historical contexts in which they emerge, the discussion will reveal horror as an expressly political genre infused with underlying social commentary.

Unmasking the Meaning of Zombies and Monsters in Popular Culture