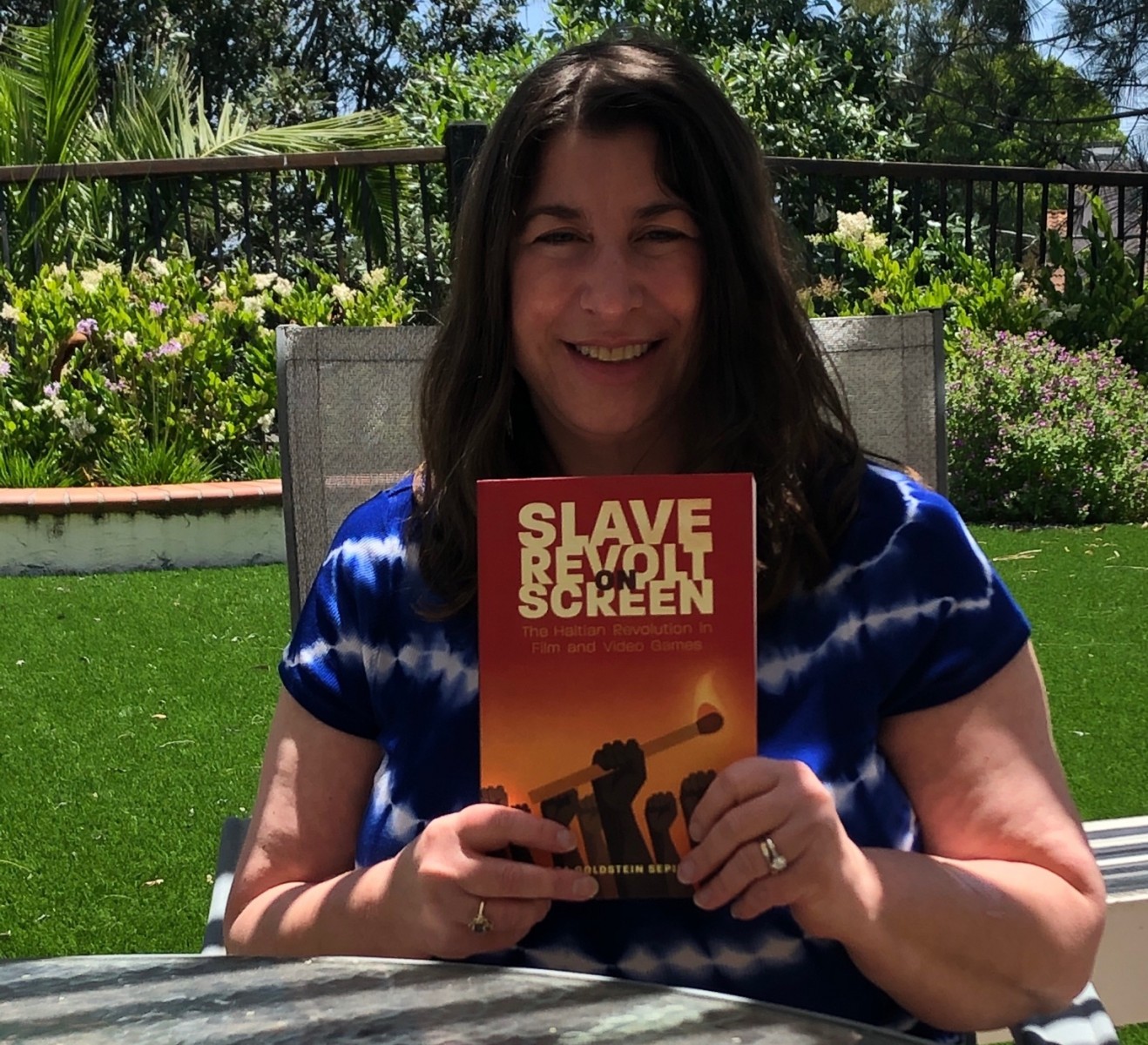 Hollywood is notorious for shying away from certain subjects while severely watering down others.

One such seemingly untouchable subject has been the Haitian Revolution, which ended in 1804 with the successful uprising against French colonial rule by self-liberated slaves in Saint-Domingue. It was the first successful revolution by enslaved people in modern history.

Fast forward to 2021, and Sepinwall’s extensive and thought-provoking work on the subject has recently been published as a book titled “Slave Revolt on Screen: The Haitian Revolution in Film and Video Games.”

“It was one of the most important events in world history, but most people don't know about it,” Sepinwall said. “So the question becomes why that is. Why are there movies about so many different revolutions and so many historical events, but why has there not been a major movie on the Haitian Revolution? That was one question that I started with.”

“Slave Revolt on Screen” is Sepinwall’s third published book, following “Haitian History: New Perspectives” (published in 2012) and “The Abbé Grégoire and the French Revolution: The Making of Modern Universalism” (2005). The latter title, which was just released in paperback for the first time this month, focuses on a Catholic priest who was involved in the French Revolution. He also argued for the abolition of slavery and criticized prejudices against Jews and others.

Sepinwall’s new book touches on the fact that although Haitian Revolution stories are missing in Hollywood, they have been shared in other cinematic forms around the world. Filmmakers in Haiti, France and even smaller budget films in the U.S. have told this momentous story. The book analyzes completed films as well as planned projects that were never made.

“I discovered that there were many more films that I knew about, including films by Haitian filmmakers who have very interesting perspectives on their own history. But it's harder for them to get the word out,” Sepinwall said. “One of the big issues that I look at in the book is who gets to tell history on screen? Who gets to decide and from what parts of the world? Americans and French people are able to make films that the rest of the world sees, but Haitian filmmakers shouldn't have a harder time making films and having people see their versions of their own history.”

The book also is one of the first on video games written by a historian, something that has earned Sepinwall praise. She explains that “historical video games are a multibillion-dollar industry, and players spend countless hours playing them. Then students come to my classes with ideas about history that they’ve gotten from games. But historians in the U.S. have largely not been evaluating these games; we’ve assumed that they’re simplistic and not worth our time. I think it’s important that we take seriously how history is depicted in video games to help guide the public toward better games or warn them away from awful ones.”

Professor Tyler Stovall of Fordham University, a leading historian and former president of the American Historical Association, called Sepinwall’s book a “pathbreaking study” for this reason, noting how innovative it is for her to be paying “attention to video games, in many ways the greatest entertainment form of the 21st century.” Sepinwall also was featured in a podcast from the “American Historical Review,” the leading scholarly publication for historians in the U.S., explaining the importance of studying historical video games.

Sepinwall’s CSUSM students have been keenly interested in her research. In 2013, one of her students surprised her with news that there was a new video game that aimed to portray slavery in Haiti before the Revolution. “Assassin's Creed IV: Black Flag” was released that year with a single-player downloadable content addition called “Freedom Cry.”

“After I started to look at this game, I discovered that there were other games on slavery and slave revolt that scholars had not written about,” said Sepinwall, who was impressed by the overall accuracy of “Freedom Cry’s” storyline. “At that time, I thought I was just writing an article because I didn't think there were that many films, and I only knew about this one game. But as I was researching, students told me about other video games. I later discovered games made by a pioneering French Caribbean developer named Muriel Tramis. I realized that the Haitian Revolution in video games has become a ‘thing.’ So a big question of the book is, why is it that Hollywood hasn't made a major film about the Haitian Revolution? And how is it that video game companies have been willing to find games on slave revolt in Haiti when film producers haven't?”

For the book, she was able to interview “Assassin’s Creed Freedom Cry’s” writer Jill Murray, as well as Tramis and makers of other films and games

Those interactions helped give her insight into the creative effort that goes into producing games and films. It also gave further credence to the path she was on and why it’s of critical importance to learn from true stories of the past.

“As a human and a historian, it's important to me that we learn about all of the things that happened in the past and not only the good things,” Sepinwall said. “I teach about the Holocaust to students, and I also want to teach about slavery and other things that are difficult to learn about. It makes students be aware of still other parts of history that we don't talk about. So it's part of this larger issue, which is what happened in history versus which parts do we talk about?

“Learning about all of the past gives us more compassion and empathy for other people, which is really important. There are some people who think that learning about the sad parts of history is wrong, because it makes people feel bad about themselves. And I look at Germany. How terrible would it be if people did not study the Holocaust because they said it would make German people feel bad? Or if they tried to pretend that it wasn't as horrifying as it was? It is important to study history, warts and all – the good, the bad and the ugly. I love having students who embrace learning about all aspects of the past, and who are eager to analyze films and games with me.”