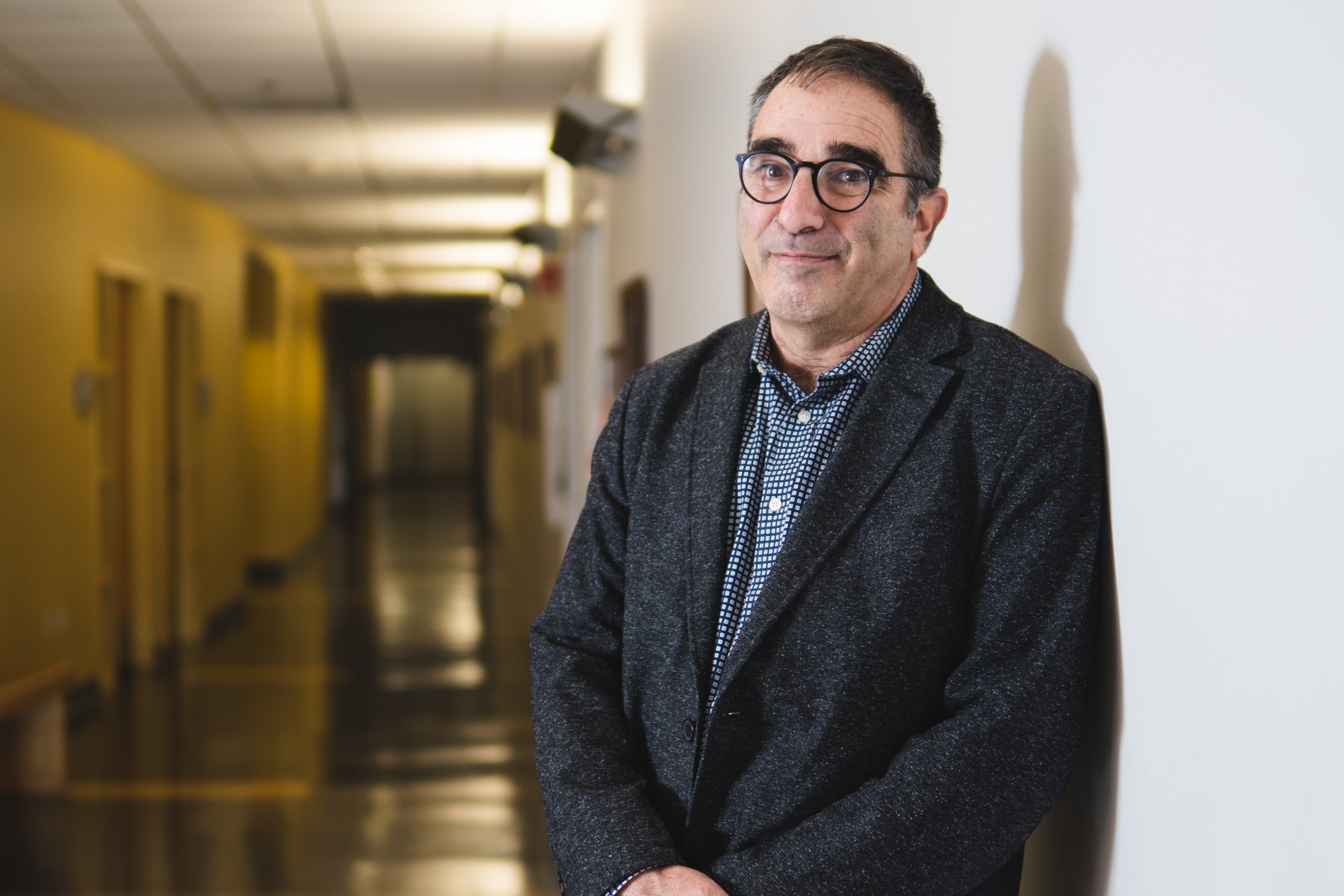 On a recent cool, fall Saturday morning with the leaves changing colors on the trees outside of his residence, Cal State San Marcos marketing professor Glen Brodowsky discussed his latest endeavor – a recently completed book he edited with professor emerita Camille Schuster.

Only Brodowsky wasn’t speaking from San Marcos. He was admiring the sights and sounds of Chicago, where he resides on a part-time basis.

It’s fitting that Brodowsky splits his time between CSUSM – a bastion of multicultural faces, teachings and values – and Chicago, which, in his words, has the feel of a large European city. His new book, “Handbook on Cross-Cultural Marketing,” takes a deep dive at cross-cultural marketing research in a constantly changing global environment.

“My classrooms in San Marcos are looking a lot more like my classrooms in Taiwan and Denmark,” said Brodowsky, who received the first volume of the book in the mail on the morning he discussed its process, merits and future plans. “We’re seeing a lot of international students and students from different ethnic groups and genders all mixed in together. I find with my students in any classroom in the world: you just plop me down there and they seem very similar in their diversity.”

The book is designed to be used by marketing researchers, graduate students and corporations. It addresses challenges of cross-cultural research and identifies successful approaches and applied examples of what works in the evolving field. While it’s a historical overview of all the models that have been used, it also outlines directions for future research.

The book is a compilation of chapters written by 30 contributors who span the gamut of cross-cultural marketing. The chapters were compiled, edited and organized by Brodowsky and Schuster. It’s published by U.K.’s Edward Elgar Publishing, which solicited Brodowsky as it wanted an experienced voice on a timely topic.

Brodowsky has been a global market researcher ever since he was in graduate school. His dissertation was on international marketing research. While he has been teaching at CSUSM for more than two decades, he has also been teaching around the world for the past 13 years in places such as Taiwan, Ecuador and Denmark.

“It seemed like the right time,” Brodowsky said of writing his first book. “I’m in my 25th year of teaching. It’s time to start summing things up and putting it together. I don’t think editing a volume is something one does in your early years but rather in your later years to say, ‘I have a different perspective, a broader perspective, a different view of things than in my early years.’ It’s a great opportunity.”

Brodowsky and Schuster have worked on a number of projects together, usually with Dr. Beverlee Anderson, also a professor emerita from the CSUSM marketing department.

Schuster points to their respective high standards and openness to each other’s ideas as their secret formula for a successful collaboration while Brodowsky is quick to admit they were able to get some of the biggest leading researchers in the world to contribute because Schuster knew them personally.

Schuster feels their focus on this project is important because there is still a lot of work that needs to be done in marketing across various cultures in an increasingly global world.

“How people operationalize their value differs from one cultural group to another,” said Schuster, who was actually recruited to CSUSM by Brodowsky. “Identifying the differences, understanding them and working through how to accomplish goals together is essential to be able to live together. Globalization may increase or decrease in approval, prominence or operationalization. However, it has never and will never go away. Learning to make it work is essential for survival. This handbook is a major contributor to the conversation as we move toward the future.”

The book originally contained a portion on underserved markets like the African-American, Latino and LGBTQ markets. But it became such a big topic, Brodowsky decided to make it a major focus of his follow-up volume to “Handbook,” which is already in the works.

He just signed a contract to edit a second book that will focus on intra-cultural marketing. It will look at the aforementioned markets as well as social classes, religious groups, etc., and marketing to them. Instead of having leaders in the field who have been doing research for 35 years like in the current book, he’s looking at including younger authors who are doing emerging areas of research.

The follow-up volume will include a familiar face as Brodowsky has brought on Rebeca Perren, an associate professor of marketing at CSUSM and the interim department chair, as a third editor.

The trio has recruited about a dozen young authors to contribute, and the book is scheduled to be released in October or November of 2022.

“I love that we are looking to recruit young scholars to be the main contributors to this handbook,” Perren said. “I think it is particularly essential for this subject matter because we want to spotlight ideas at the vanguard of current issues. It is timely and relevant to examine the various cultural groups of consumers in society that have often been overlooked in marketing literature. We aim to create a resource for scholars seeking to investigate emerging questions at the crossroads of consumption and race, gender and sexual identity, religion, social class, etc. This literature can help marketers understand, respect, and serve these growing, attractive subcultural market segments.”

Growing up in Brooklyn, Brodowsky had a grandmother who talked about having lived in China in the 1920s with her mother. He found her stories fascinating, and it sparked in him an interest in traveling and connecting with people of all cultures.

When he went to college in the 1980s, “everyone was studying Japanese.” He sat in on a Japanese class and a Chinese class, preferring the latter. Some 40 years later, it has been a lifetime adventure.

“You don’t have to go across the border to enter into a global marketplace,” said Brodowsky, who helped design the curriculum and policies for the College of Business Administration when he arrived on campus 25 years ago. “Everything we buy, everything we eat, everything we see is either sourced globally or financed globally. If you want to meet people from different cultures, you don’t have to go out of the country. You just have to go to downtown L.A. or downtown New York or downtown Chicago and you’ll find that countries are not the unit of measurement anymore because people have traveled so much. You have cultures living side-by-side.

“Understanding what motivates customers in those cultures gives you a chance to enjoy what they have to offer and learn from them, but also you understand what they value and how they think and what they want to buy so you can ethically sell to them and trade with them. I think the more you trade with and do business with people who differ from you, the more opportunities you have to learn from them and learn that they’re people just like you.”