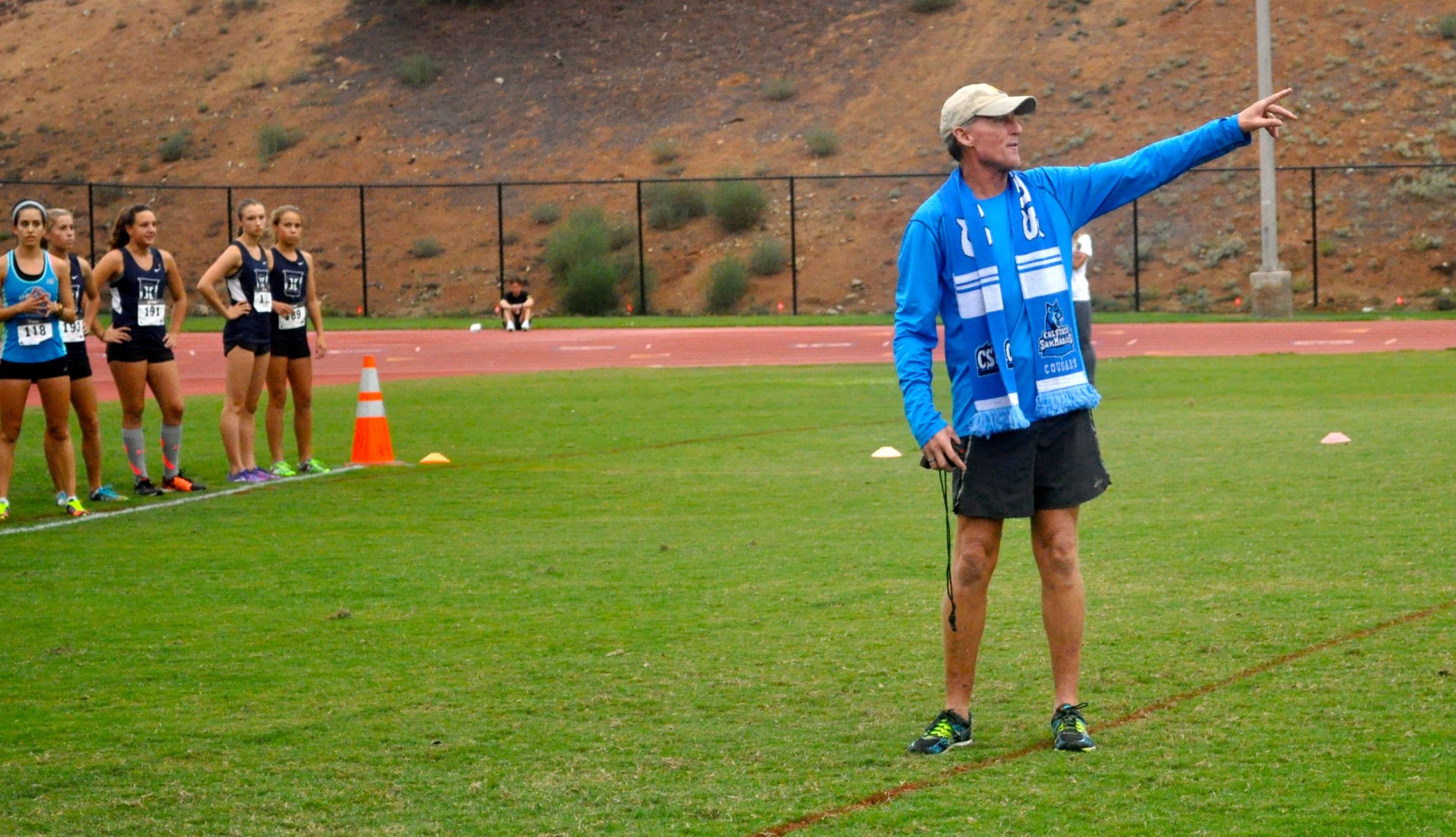 Steve Scott has seen the stories about Brazil’s long list of troubles as it prepares to host the upcoming Summer Olympics.

There’s a financial crisis, a president facing impeachment, security concerns and health issues surrounding both pollution in its waters and Zika virus.

“My family asked me recently, ‘Would you go to Brazil with Zika and all this?’ I said, ‘Heck yeah. In a heartbeat,’ ” Scott said. “It may be the only chance in your lifetime. There’s not a whole lot of repeat Olympians. For the majority, this is their one shot and that’s it.”

Scott is one of those few repeat Olympians. He competed in the 1984 Summer Games in Los Angeles and again in 1988 in Seoul, South Korea. He also would have been on the 1980 Olympic team, but the United States boycotted the Moscow Summer Games in protest of the Soviet Union’s invasion of Afghanistan.

Despite the boycott, the U.S. track and field team held the Olympic Trials as scheduled in Eugene, Ore., that year and Scott won the gold medal in the 1,500 meters. Scott also took gold a month later at a track meet in Philadelphia billed as an alternative Olympics for the 29 boycotting countries.

The U.S. squad also visited the White House, received gold medals that Congress had made, met the president and even wore Olympic gear.

Some athletes never had another opportunity. Scott noted Don Paige was the top 800-meter runner in the world that year.

“Had he gone to the Olympics and beat Sebastian Coe and Steve Ovett, his whole life could be different,” Scott said. “And he was unbeatable. I don’t think anybody would’ve touched him.”

While Paige never made another Olympic team, Scott qualified again in 1984.

But not having the Olympic experience under his belt made things more challenging in ’84. Though he had competed in U.S. championships, Olympic trials and world championships, nothing compares to the glare of the Olympic spotlight.

Scott didn’t have the advantage of knowing about the demands that would be placed on his time, not to mention expectation and pressure to perform for one’s country.

“I felt like I had to change everything – change my training, change my racing tactics, change my travel, change socially what I normally do,” he said. “Normally I just like to go have fun and do whatever. But I didn’t go to the opening ceremonies. They were a week-and-a-half before I raced, but I thought sitting out there in the sun all day, ‘It’ll tire me out, it’ll ruin my training.’ But in reality, I was just freaked out. There’s all these things that I did differently and it really was just nerves.”

Scott finished 10th in the 1,500, about seven seconds behind gold medalist Coe. 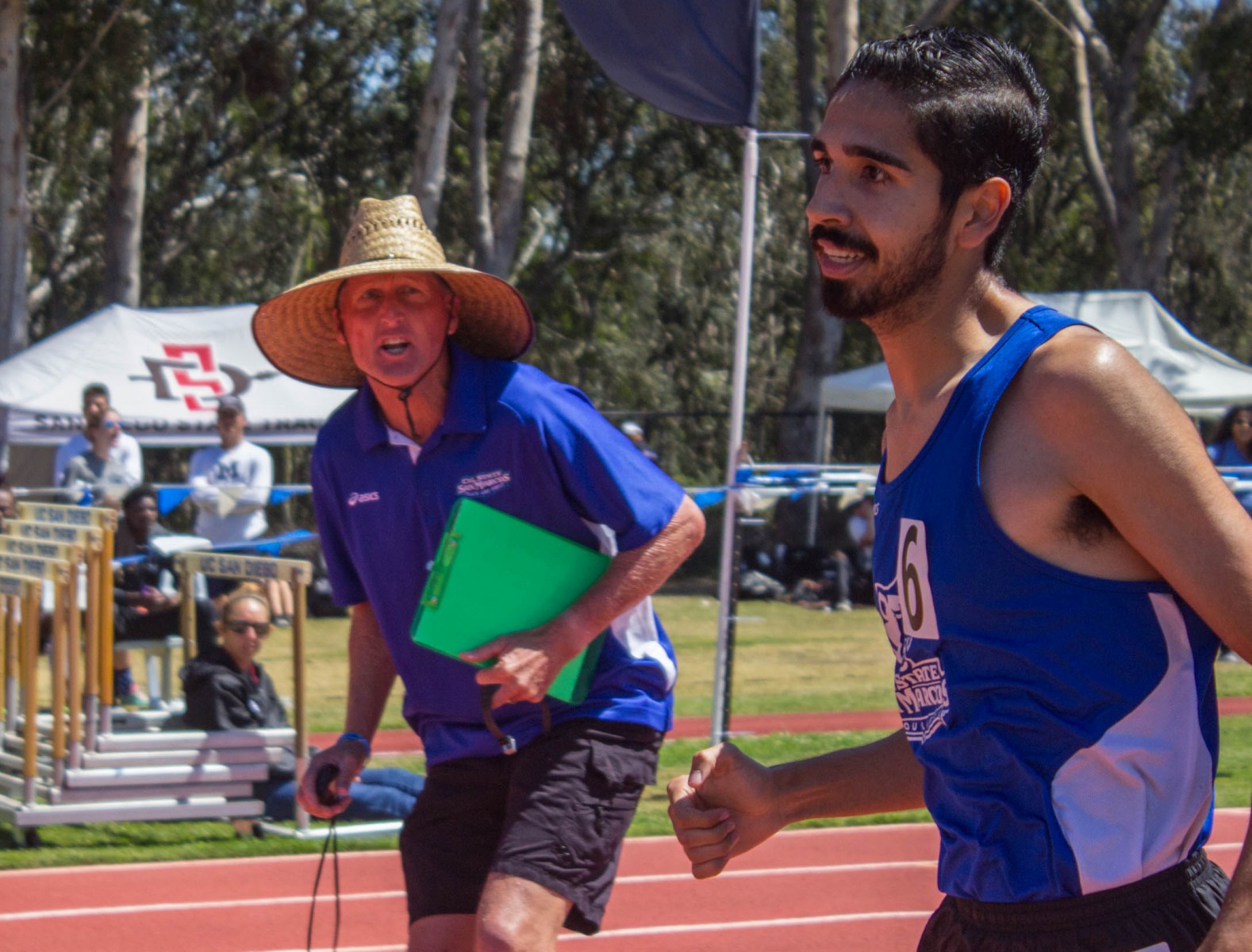 Scott made the Olympic team again in ’88. Despite being what he calls “just a hair over the hill,” he finished fifth, about one second behind gold medalist Peter Rono of Kenya.

Having previous Olympic experience also allowed Scott to enjoy the Games a bit more in ’88 – perhaps too much for the host South Koreans.

Scott said Seoul organizers were adamant that countries should march in the opening ceremonies in an orderly fashion and remain side by side in lines.

“When the U.S. team came in, we were all over the place,” Scott said. “A couple of days prior, we had gone to Disneyworld in Japan. Me and a couple buddies had the Mickey Mouse ears, so we were wearing the Mickey Mouse ears marching into the opening ceremonies. It really upset the South Korean Olympic committee.”

It was customary for the Olympic hosts to distribute leftover event tickets to allow athletes to attend other events. But the Seoul organizers stopped giving extra tickets to the U.S. because of their displeasure with Team USA at the opening ceremonies.

The U.S. sent a delegation to the Seoul organizers to apologize.

“I was one of the delegates,” said Scott, laughing. “We were dressed in our gear, sitting outside the office waiting to go in. I just happened to reach in my pocket and there were the Mickey Mouse ears. Another guy that was with me started saying, ‘Get rid of them! Get rid of them! Don’t take them into the office.’ We went in to apologize and I still had the ears in my jacket. And they had mentioned the ears specifically in their complaint. That was pretty funny.”

Scott said the Olympics have changed quite a bit since he last competed in the Games nearly 30 years ago. Among the notable differences:

“I think the Olympics of yesteryear had more meaning,” Scott said. “It was all about pride of competing for your country.”

And perhaps that is why the experience still holds so much meaning for Scott.

“Good, bad, indifferent, it was still a great experience,” he said. “That’s one thing we have to keep focused on. Whoever goes to the Olympics, they’re doing the very best they can. They’re all champions and they’re all interested in representing their country.

“It was a great opportunity. It was a lot of fun and it was an honor. I wish I could’ve done better, but even if I knew the results were going to be the same I’d do it all over again.”