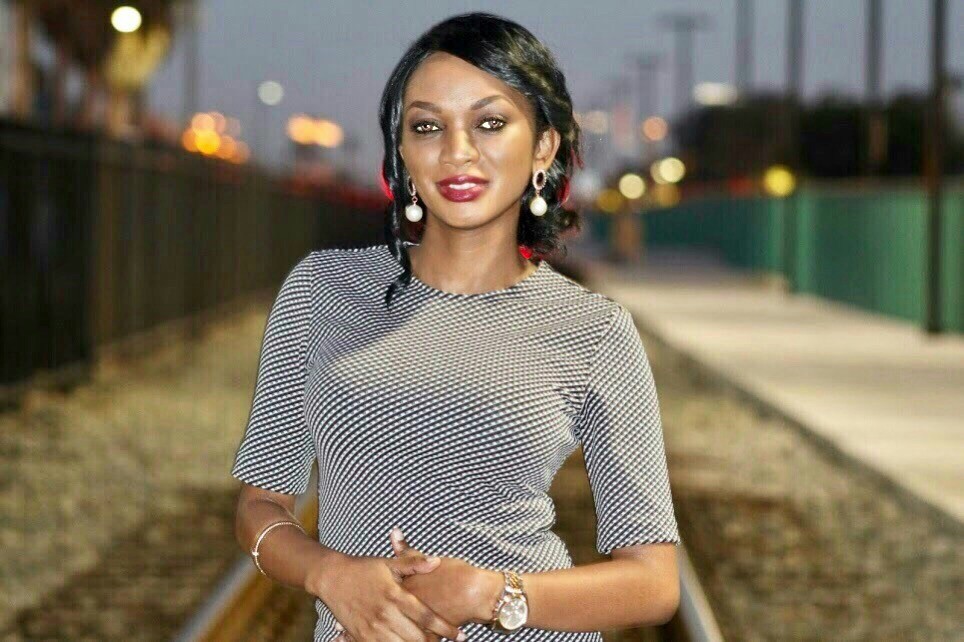 Education was always a point of emphasis in Maggie Kay’s family during her childhood in Kenya.

So, while Kay’s parents might have been nervous about seeing her travel more than 9,000 miles to attend college, they were supportive of her pursuit of a degree.

While she remains immersed in her lifelong pursuit of knowledge, she is continuing work she began long ago to empower young girls in Africa to gain an education and better their lives. She wrote a book called “Ask Believe Receive” that details her fight against poverty and education. She also founded the nonprofit Maggie Kay Foundation to help inform, educate and empower girls to improve their lives through education.

Kay took time recently to talk about her foundation, her path to CSUSM and the importance of education.

What inspired your parents to encourage the pursuit of education for you and your siblings?

My dad’s only sister grew up in a place where gender discrimination in education prevailed. My dad, even as a youngling, believed that girls were born to defy all odds and should therefore be afforded the opportunity to learn. So, he secretly taught his sister how to read and write. She ended up becoming very successful compared to women that did not have the opportunity to learn, read nor write. My dad swore that his daughters would be educated.

How did you come to attend CSUSM?

How did I end up in California should be the question. I was listening to a song by Tupac and Dr. Dre, “California Love,” and I romanticized California. CSUSM was geographically advantageous, so it worked out perfectly for me.

How do you enjoy living in the U.S.?

I have made it my second home. I’m full of gratitude to Americans. I fell in love with the American spirit -- the spirit of generosity and unshakable faith. Nevertheless, Africa remains not only my home, but my love.

You went through 11 attempts at acquiring a visa before being allowed to come study in the U.S. How did you persevere?

The first time they said no I was thinking if the U.S embassy thinks I won't try again, it has massively underestimated me. I’m not one to go down without a fight. I wasn’t raised that way. But on my fifth denial, I hit and came face-to-face with the mother of all rock bottoms. I wanted to quit. I started ruminating on Europe. My mother helped me actualize that for either route, nothing ought to be straight; making everything right needs a little bit of fight. I put on my fighting gloves and fought tirelessly. When you attempt a challenge repeatedly, rest assured you’ll reach a point where you’ll start feeling like a champion. On my eighth try I started feeling like a champion and looking forward to going back -- and, as subnormal as it sounds, going back and being denied so that I could tell people, ‘You’ve been denied once and here you’re whining? This is my 10th try. Watch and learn.’

What inspired you to start the Maggie Kay Foundation?

Not until I heard Africa’s dreams, did I discover my purpose in life. It happened while I lived in Europe and saw the immense demand for social workers. I thought, if the African women stuck in the ghettos, fighting the chains of poverty could master French and German, I could secure these jobs for them. So, I opened a school in Kenya. At first, it was just a simple platform for them to propel themselves, but when I witnessed how when propelled most embarked on entrepreneurship, building their families homes, getting them out of the slums, educating their siblings, I wondered, ‘What if more girls became informed, educated and empowered?’

Were other girls from your neighborhood inspired by your journey?

Not when I was going through the visa process. Most laughed at my efforts and mocked my dreams. I remained focused. People residing within the cult of mediocrity don’t like to see others rise. It threatens their security and spotlights their low self-worth. Today, most of them are in better standing thanks to the opportunities brought forth by the Maggie Kay Foundation. Hopefully they’ll inspire themselves more than I aim to inspire them.

As someone who successfully immigrated to the U.S., first to study and then gaining your citizenship, what are your thoughts on the current immigration climate in America?

I understand the apprehension of some Americans when it comes to the vetting process. However, I also know how the ban affects genuine immigrants who just want to be safe and free in the U.S. When the ‘world’ was busy digesting and ingesting the news, I ran into a girl from Somalia detained at the airport. It was emotional. Somalis use the U.S. embassy in Kenya. Thus, I understood the rigorous vetting process she underwent. I tried to smile at her, but she detected no smile. She sat there looking on in the distance, seemingly wondering if the land beyond the horizon had a purpose to take a chance on her, a chance on her dreams.

Are you seeing progress in how girls are treated and the opportunities they’re afforded in Africa?

Is there anything else you would like people to know?

We still live in a gendered world. To change society is to give her a book, and the progress of the society will be enchanted in her education and delight in her success. Let’s empower together. We rise by lifting others.