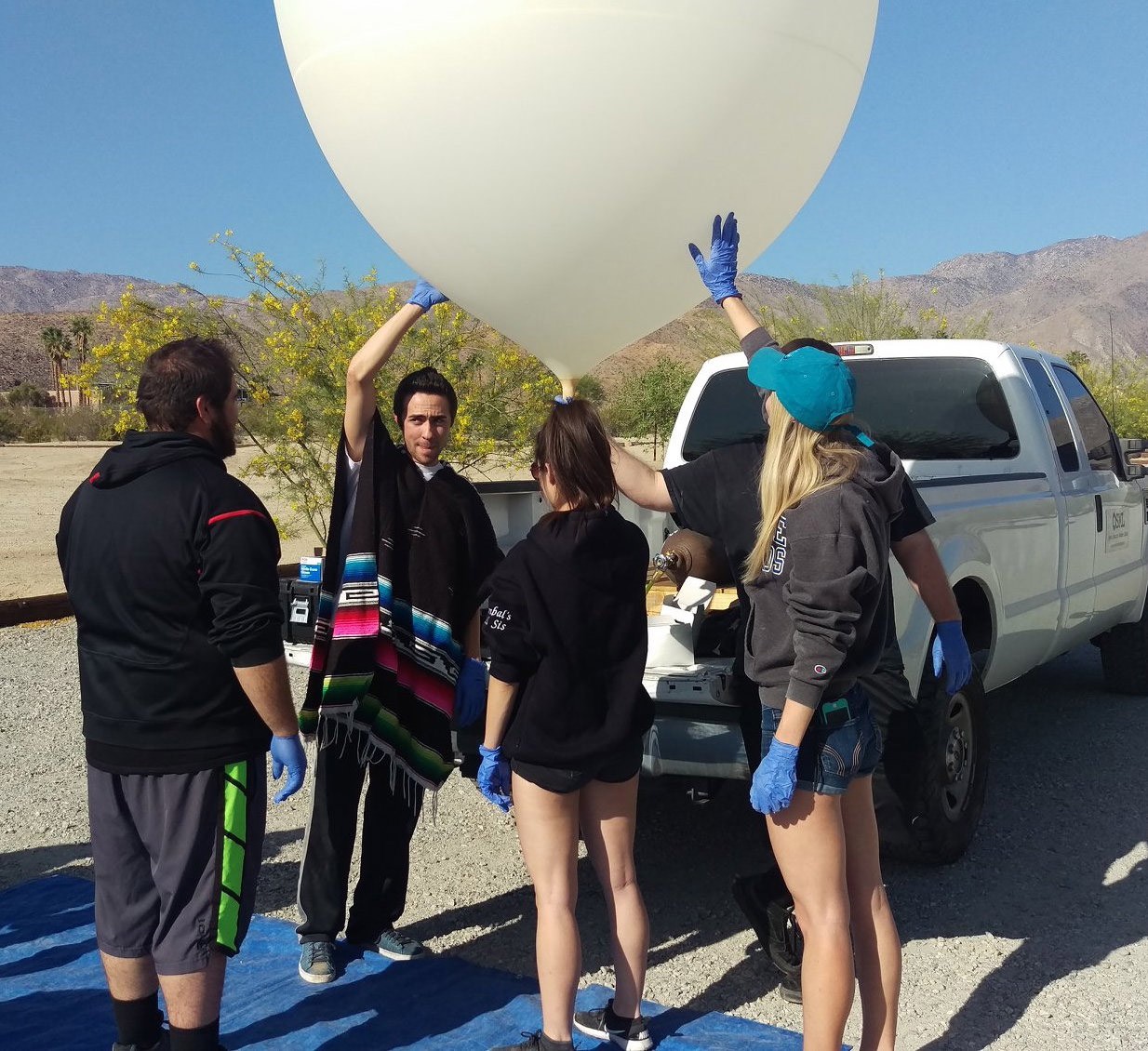 Physics 480
Students in Michael Burin’s Physics 480 class were tasked with planning, designing and completing a high-altitude balloon launch aimed at collecting and interpreting data – all part of a hands-on, project-based experience to prepare them for future careers in the sciences.

It was more than just sending a balloon up into the air. This balloon was filled with 5 kilos of helium and carried a payload of sensors and an ionization chamber measuring cosmic radiation, acceleration, wind speed, air pressure, temperature, and more.

After rising to some 75,000 feet – or nearly 25 miles – high enough to capture the curvature of the Earth, the balloon and its data, carefully tracked by a group of Cal State San Marcos science students, landed safely 56 miles from the launch site.

Welcome to Dr. Michael Burin’s Physics 480 class, which, for the first time tasked students with planning, designing and completing a high-altitude balloon launch aimed at collecting and interpreting data – all part of a hands-on, project-based experience to prepare them for future careers in the sciences.

“It was quite an interesting class,” said Christopher Delgadillo, a senior graduating this spring with a degree in applied physics and plans that include earning a Ph.D. “Unlike any other course I’ve taken in the Department of Physics.”

The mission was straightforward enough.

“I wanted to do something a little different this year, so we decided to try out a high-altitude balloon launch,” Burin said. “The main goal is for students to become more familiar with how to obtain data, while also introducing them to working with teams and deadlines.” 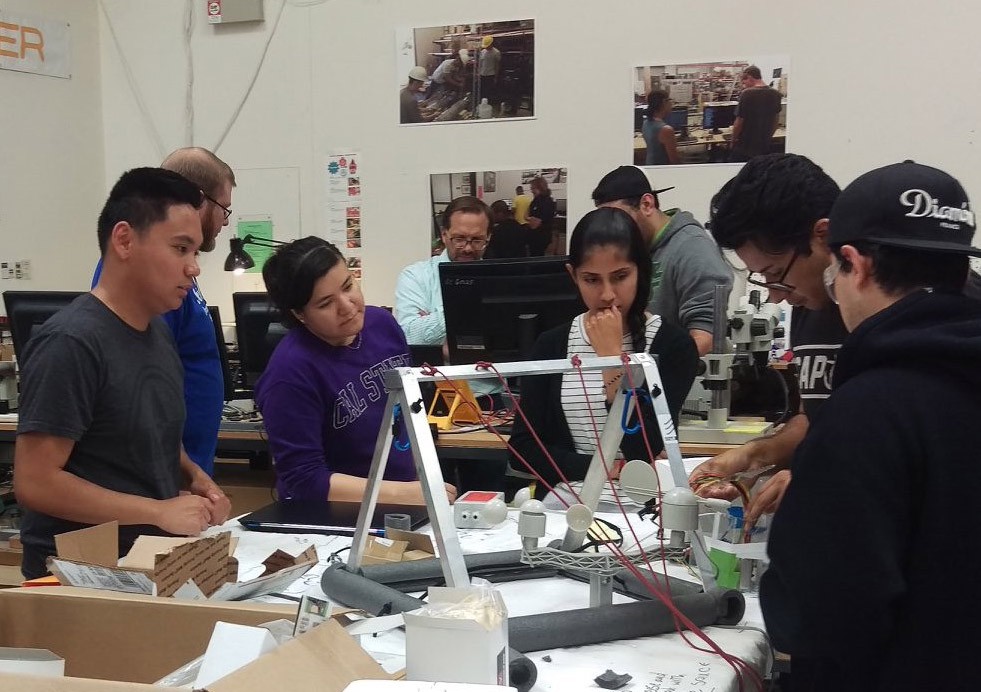 Physics 480
Students in Michael Burin’s Physics 480 class were tasked with planning, designing and completing a high-altitude balloon launch aimed at collecting and interpreting data – all part of a hands-on, project-based experience to prepare them for future careers in the sciences.

Twenty students broke off into different teams, each provided with operational requirements to meet within a set budget and timeline. Ongoing design reviews were held to improve the probability of mission success. All prototyping, and testing of the payload and flight systems, took place at Open Source Maker Lab in Vista – a high-tech, digital fabrication hub for members to collaborate, innovate, design and build almost anything – under the direction of president Dan Hendricks.

The course culminated with an April 14 launch in Borrego Springs. The landing came 56 miles away outside of Plaster City in the Imperial County desert. Data was analyzed at CSUSM in the following weeks.

“Overall, the project went very well,” said Burin, Department of Physics chair. “It provided our students an opportunity to engage in scientific research outside of the campus, which is what they’re going to be doing in real life.”

Alyssa Martinez agreed. The CSUSM junior is majoring in applied physics with plans to earn a Ph.D. in medical physics and launching a career in oncology. She was responsible for determining where to launch from, what the weather would be like, where to land, and other logistical elements.

“We started from nothing, just an idea,” Martinez said. “We had to determine how to get a payload onto this balloon and send it off into inner space, all while ensuring sensors were properly connected to gauge various data.”

“I greatly enjoyed this project,” Martinez continued. “I’m going to be doing a lot of research in the future, and this was a great exercise in engaging how to engage in research in the real world.”

Her team was so motivated by the effort that several students are taking it upon themselves to improve upon their work and engage in a second launch this summer.