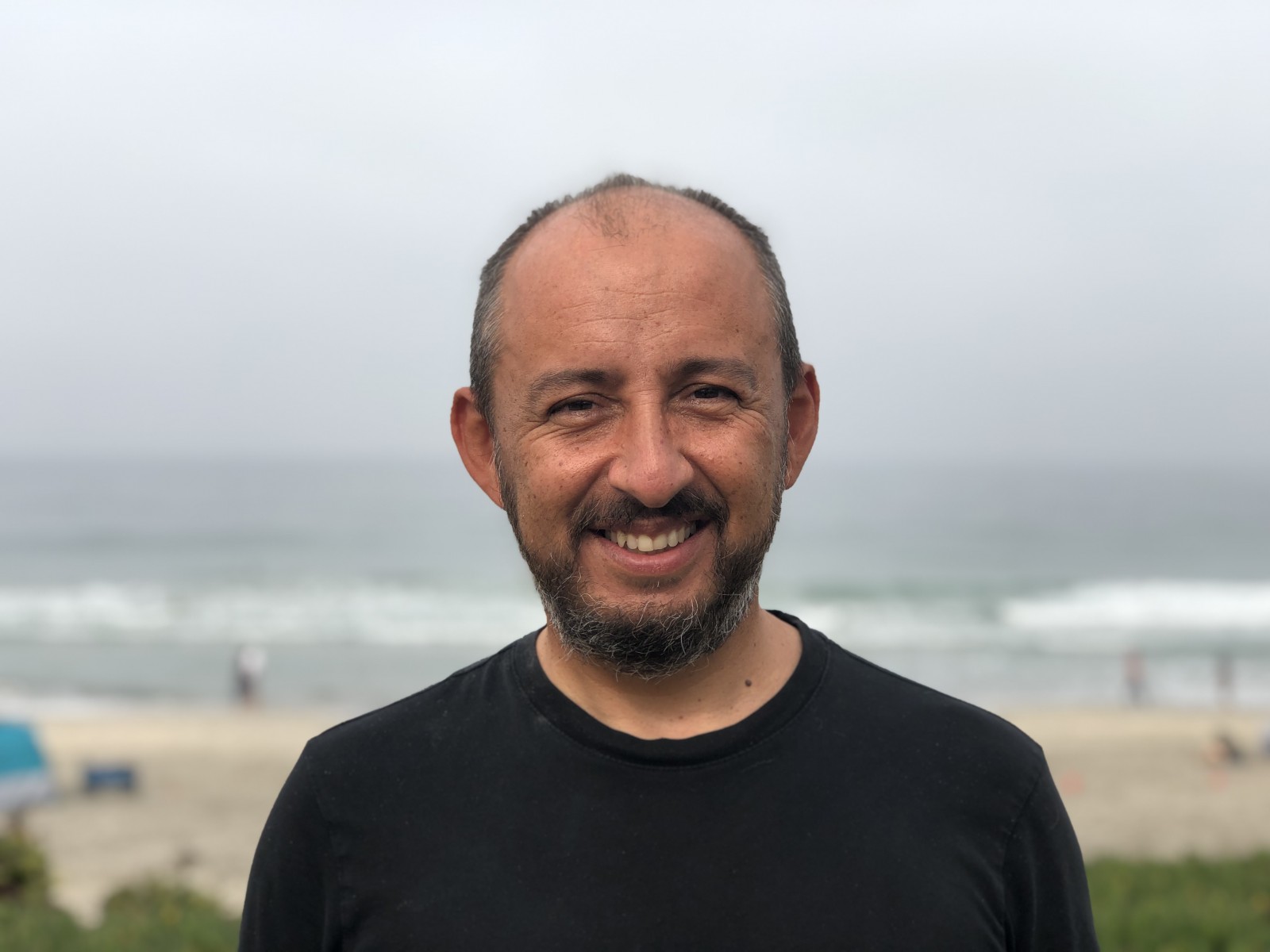 Physics professor Gerardo Dominguez is the first CSUSM faculty member to receive a significant grant from the CSU Council on Ocean Affairs, Science and Technology.

Gerardo Dominguez first entered the field of physics to try to unlock the great mysteries of our time, including some of the most burning scientific questions about the cosmos. In the last several years, he has received multiple grants from NASA to help in his quest.

Now, the Cal State San Marcos physics professor will apply his scientific expertise and techniques to the pressing environmental issue of the tiniest materials in our water.

Dominguez has been awarded a two-year, $395,490 grant from the CSU Council on Ocean Affairs, Science and Technology (COAST), which promotes research and education that advance the knowledge of marine and coastal resources and the processes that affect them.

Dominguez is one of only two research teams in the CSU system – the other is from San Diego State – to receive funding that will help California manage microplastics, the small pieces of plastic found ubiquitously in the environment that are of increasing concern due to their potential impacts on wildlife and human health. The money is provided through a new COAST initiative, the State Science Information Needs Program (SSINP), which funds projects that are designed to directly support the state’s needs for scientific information to support decision-making.

The grant is the first significant award ever given by COAST to a CSUSM faculty member.

“I’m very excited about this one,” Dominguez said. “This is an issue that touches upon our lives as humans, but is also important for marine life. As a citizen and scientist, being in a position to contribute to our understanding of an important public health issue like this is very gratifying. It’s fun to think about problems like the formation of the solar system, but I also get a lot of satisfaction in tackling environmental problems.”

Dominguez’s previous research, funded by NASA and the National Science Foundation, generally has fallen into two categories. One is a field called isotopic forensics, which is the study of how molecules are made in space and how chemical reactions that occur in space affect their mixtures of isotopes. In this vein, NASA awarded Dominguez a grant of almost $1 million last year to study the origins of water ice on the moon.

The second focus of his work is known as nano infrared spectroscopy (or nanoIR), a cutting-edge technique in which a scientist uses the tip of an atomic force microscope, in combination with infrared light, to identify and characterize nanoparticles – those that are smaller than a micron. Dominguez honed this technique as a postdoctoral researcher at UC San Diego before he joined the CSUSM faculty in 2011, and he originally applied it to characterize dust grains from a comet.

With the COAST grant, Dominguez will utilize the same nanoIR technique to better understand man-made contamination of water. His project is titled “Micro and NanoPlastic Identification in Aqueous Samples Using Nano-IR,” and its goal is to identify the smallest types of microplastics, called nanoplastics, to get a grasp on how much has accumulated in the oceans and other waterways, and help regulators’ address the risk to both humans and wildlife.

“We know that plastic degrades, especially in the presence of UV light, and we suspect very strongly that there are lots of nanoplastic particles out in the ocean,” Dominguez said. “But we have a lot to learn about nanoplastics in the environment, and one of the big challenges is having techniques that are sensitive enough to see not microscopic, but sub-microscopic pieces of material.”

A substantial portion of the money, Dominguez said, will allow him to hire a postdoctoral scientist to help him develop the protocols for handling water samples. In the first year of the grant, which won’t officially start until January because of delays caused by the coronavirus pandemic, he hopes to prove that nanoplastic particles can be detected, establish a lower limit on size, and determine how efficient the technique is. The second year will be devoted to going out into the field and collecting samples from as many sites as possible.

As part of the grant, Dominguez will be required to meet with officials from the California State Water Resources Control Board and other state agencies to share results and answer questions.

“In many cases, these particles are so fine that they’re not necessarily getting removed from water treatment plants,” Dominguez said. “So this is a big unknown with potentially huge impacts on human health. The state is worried about it, but also incredibly excited about the potential of this research. And I’m excited about it, too.

“Physics has prepared me well for tackling problems across a variety of fields.”