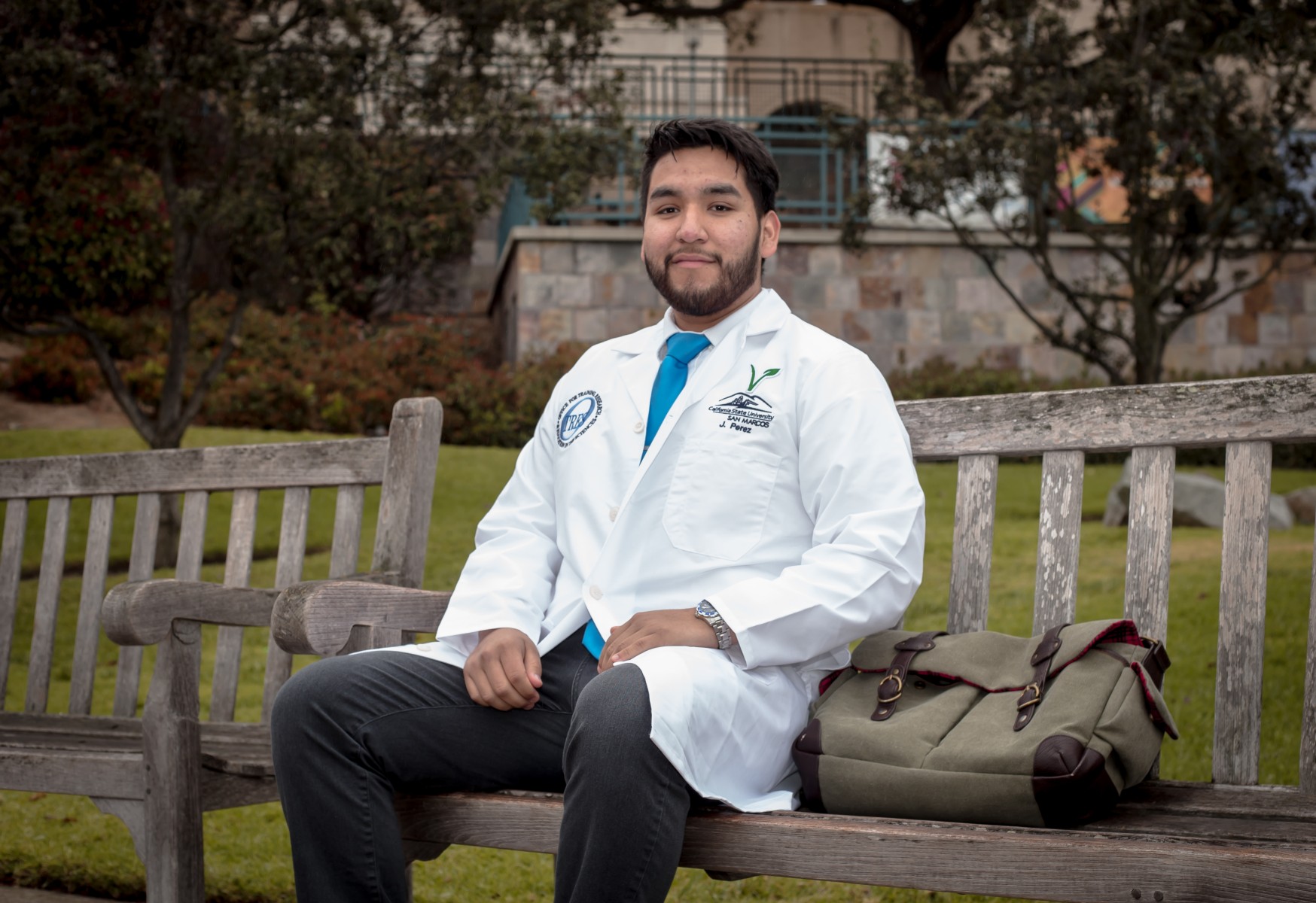 After joining SPS, Jesus started attending conferences and participating in physics events on campus. He even served as the group’s treasurer during the 2017-18 academic year.

Jesus’ work paid off in another way as he was selected to receive the 2018 Trustees’ Award for Outstanding Achievement, the California State University’s highest recognition of student achievement. Jesus was named a Trustee Emeritus Murray L. Galinson Scholar.

The CSU recognizes 23 students every year – one from each CSU campus – with the Trustees’ Award, which accompanies a donor-funded scholarship ranging from $6,000 to $12,000. The awardees will be publicly recognized during the CSU Board of Trustees meeting in Long Beach on Sept. 11.

Students are selected for their exceptional efforts in the classroom and community. Awardees demonstrate superior academic performance, personal accomplishments, community service and financial need. Many have shown inspirational resolve along the path to college success and are the first in their families to attend college.

“These student scholars embody the leadership, diversity and academic excellence the California State University is known for,” said CSU Chancellor Timothy P. White. “They have traced unique paths to their goal of a higher education and serve as powerful examples to their families, communities and California. The awards will give these high-achieving and deserving students even more opportunities to attain their academic and career goals.”

The Trustees’ Award is just the latest honor for Jesus, who was recognized in June with a Society of Physics Students Leadership Scholarship, awarded to students who have exhibited outstanding academic and personal achievements.

In May, Jesus was part of a four-student team honored with the Library Award for Undergraduate Research, Scholarship and Creative Activity, a CSUSM honor recognizing students demonstrating sophistication and originality in their research projects and creative works.

Jesus, who will graduate next spring with a bachelor’s in applied physics, spent the fall 2016 semester as an intern for the Science of Undergraduate Laboratory Internships program at the Princeton Plasma Physics Laboratory in New Jersey. This summer, he was an intern at the National Institute of Standards and Technology.

Jesus is also an Alliance Ambassador for CSUSM’s Alliance to Accelerate Excellence in Education, which works collaboratively with regional partners to ensure that all K-12 students have access to a college education and are successful in persevering toward a degree.

More than 340 students have been honored with the Trustees’ Award since the scholarship program was established in 1984 by the William Randolph Hearst Foundation. In 1999, the William Randolph Hearst Foundation partnered with the CSU Board of Trustees to supplement the endowment with contributions from CSU Trustees, CSU Foundation Board of Governors, and private donors. Each student scholarship bears the name of a donor.