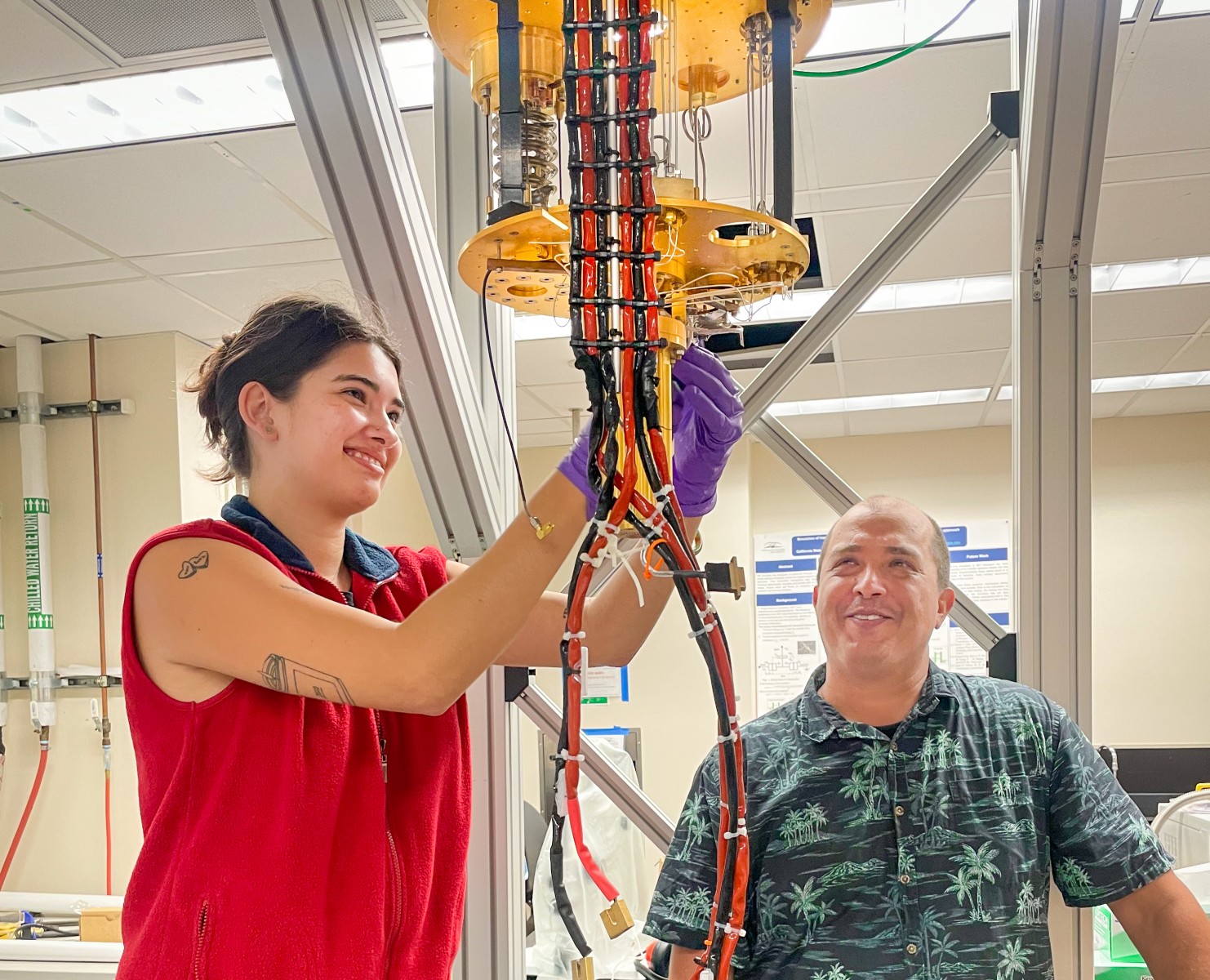 Physics student Ashley Corey was honored for her research, which she presented in October at the American Physical Society Far West Section’s Annual Meeting. Corey works in the lab of CSUSM physics professor Justin Perron. Photo by Caroline Caplan

The College of Science, Technology, Engineering, and Mathematics encourages students to seek out and attend conferences, locally and nationally, so that they can present their research findings. This is especially a goal of the Physics Department because these types of conferences allow undergraduate students to network with industry professionals, gain exposure in their discipline, and gain confidence and leadership traits; all skills and experiences that will help students be successful academically and post-graduation.

Corey found that to be true, as she was able to meet other passionate physicists and had the opportunity to network with well-respected individuals in the physics community during the two-day conference.

During summer 2022, Corey prepared and began measuring a device that was designed to operate as a double quantum dot, which is intended to isolate individual electrons into two separate but coupled regions. Quantum dot devices like these are versatile platforms for studying solid-state physics, nanotechnology and quantum computing.

While characterizing the device’s behavior, Corey discovered that although the data initially appeared consistent with double quantum dot behavior, quantitatively, there was a significant disagreement with theory.

“We proposed that there was an unintentional quantum dot in the device, making it a triple quantum dot,” Perron said. “Corey showed how this triple quantum dot model was consistent with the data she had collected and proposed additional measurements be made which could confirm the interpretation of their observation.”

The primary disagreement was a blockade of current through the device for applied voltages that should have allowed current in the double quantum dot model.

Corey and Perron then compared the predictions of this model with their observations and realized they were consistent. Corey proposed further measurements that could test and confirm this hypothesis. Her measurements and proposed follow-up were what earned her the recognition for best undergraduate research at the American Physics Society Far West Section’s Annual Meeting.

“As a passionate physicist and researcher, winning the Steven Chu award for best research conducted by an undergraduate student is surreal,” Corey said. “I feel so honored, and it only motivated me to continue working hard.

“I'm the first in my family to pursue college and anything STEM related, so winning the award just felt like a confirmation that I'm heading in the right direction.”

Corey and Perron are now working toward measuring a similar device to the one described above and implementing an additional measurement technique that will increase the properties they can probe to further their investigation.

Corey is wrapping up her last semester at CSUSM and will be graduating this fall with her degree in applied physics. Her career goal is to obtain a Ph.D. in physics and to one day run her own research lab as a condensed matter experimentalist.