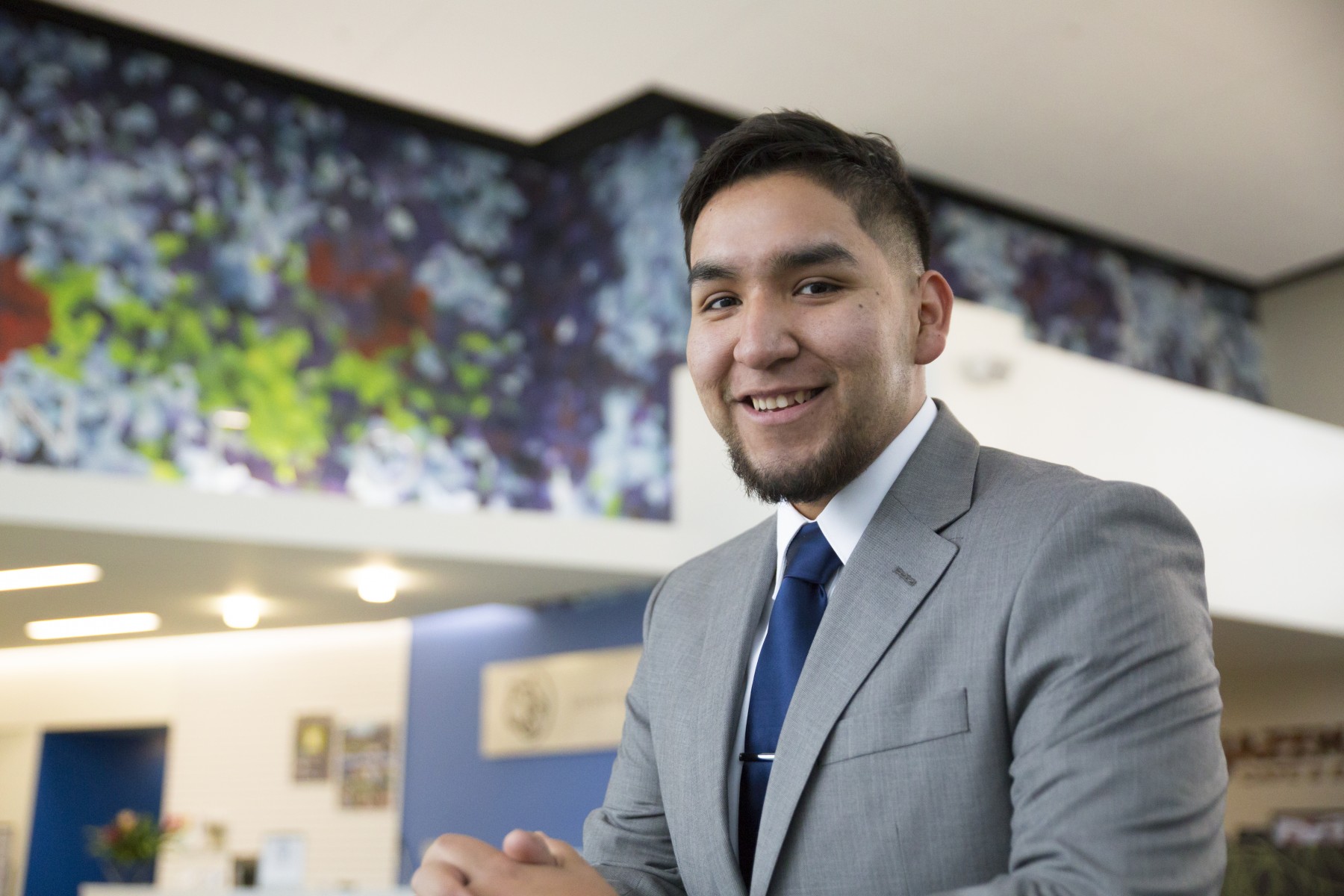 Jesus Perez was on his way to an early-morning summer school math class last June when he received an email from the U.S. Department of Energy.

Jesus, an applied physics major at Cal State San Marcos, knew the email’s content would detail whether he had been accepted as a fall intern for the Science of Undergraduate Laboratory Internships program at the Princeton Plasma Physics Laboratory in New Jersey.

With a test scheduled in his math class, Jesus’ first reaction was to ignore the email until after his class. Why subject himself to potentially bad news before a test?

“But I figured I’d get it out of the way and it said, ‘Dear Jesus, congratulations,’ ” he said. “My jaw just dropped. I looked around to see if there was anyone I knew to celebrate with. I was kind of speechless for a couple minutes. I couldn’t believe it.”

Jesus doesn’t recall how he did on the math test, but the memories of the prestigious internship will last a lifetime.

The Princeton Plasma Physics Laboratory (PPPL) is a collaborative national center for fusion energy research. Managed by Princeton University, it is part of the national laboratory system funded by the U.S. Department of Energy through the Office of Science.

There has been a growing focus on getting undergraduates trained to fill the need for plasma physicists, and CSUSM’s physics department has been identified as a strategic location able to provide the necessary expertise and training to produce such students.

The internship coordinator for the PPPL even visited CSUSM last year to meet with Dr. Michael Burin, CSUSM’s physics department chair, and continued to be in touch while Jesus was at PPPL.

“Overall he was quite impressed with Jesus,” said Burin, who did his postdoctoral research at PPPL. “Jesus was able to pick things up very rapidly.”

Jesus had a mentor through the internship program, but primarily worked independently on his project, “Development of the Remote Planeterella Experiment.” The project included designing the software and hardware to reproduce astrophysical plasma phenomena in a laboratory setting.

“It was really an engineering-heavy internship,” he said. “The ultimate goal was designing a machine that could recreate some of the plasma that we see in space and have ordinary people from anywhere in the world be able to access and manipulate the machine online so that they can learn about plasma.”

Jesus succeeded in his design and is able to share his work with friends, colleagues and professors (it can be viewed here). 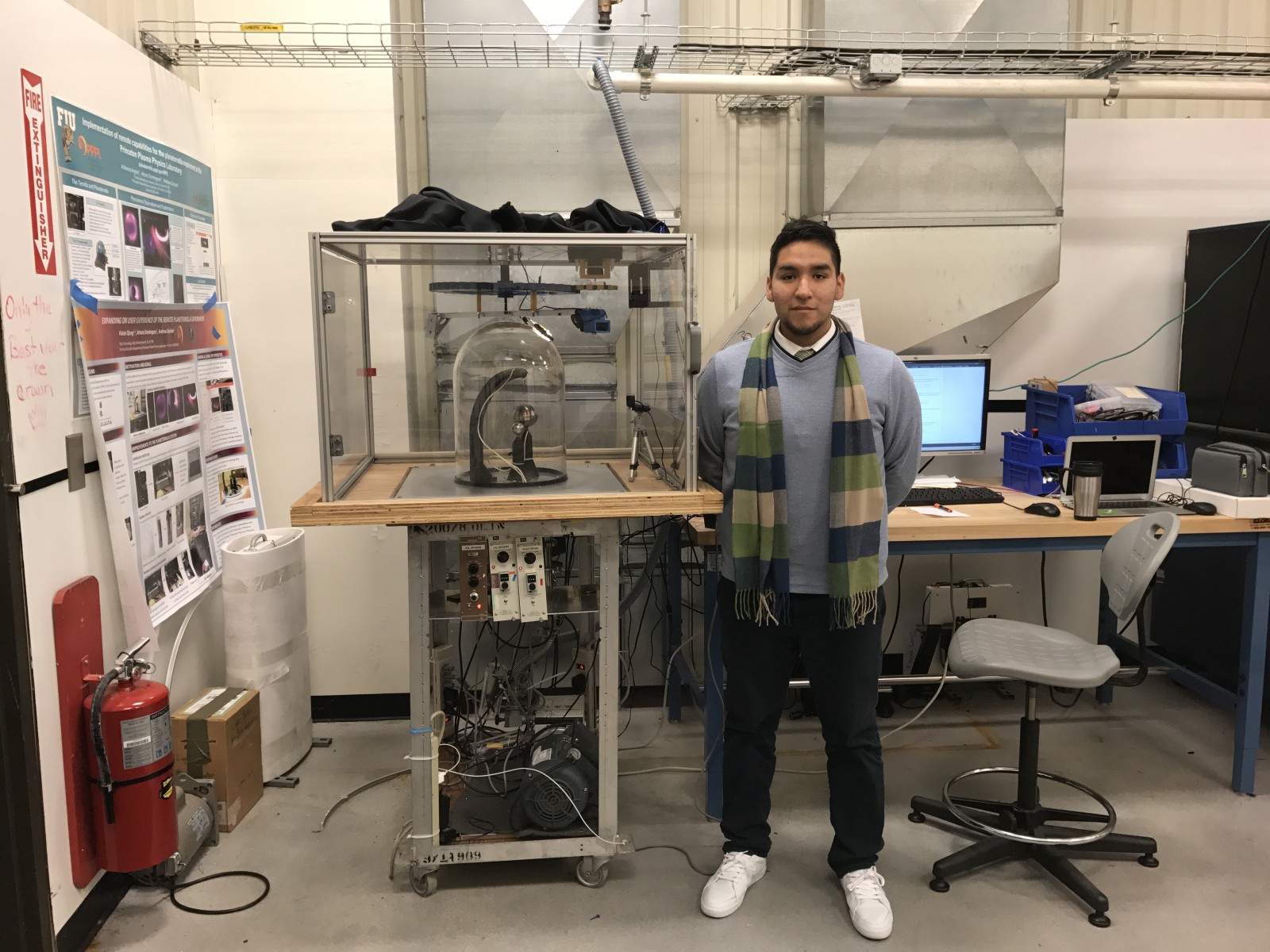 Jesus considered himself a long shot to land the internship because he had little lab experience. However, Kathleen Corona, Jesus’ supervisor at the Alliance, encouraged him to follow through on the application.

Jesus’ perseverance paid off. The internship covered his housing and travel expenses and he received a stipend for his work during the 16-week program.

“Every once in a while I would ask myself, ‘Was there a mistake?’ ” Jesus said. “It was a dream come true because I always wanted to be a scientist and an engineer. Then to get treated like one and get the work of one and be in a facility like that, it was surreal. But after a couple of months and seeing all the work I had put in, it felt like, ‘These are my hallways now. This is where I belong and it’s no surprise that I’m here.’ ”

Jesus plans to pursue a master’s in mechanical engineering and a Ph.D. in physics after graduating from CSUSM.

“Jesus has excelled during his time working with the Alliance,” said Erika Daniels, faculty director for the Alliance. “He continually impresses us with his commitment to his education, his willingness to help out in any way, and his kindness to everyone around him. The fact that the U.S. Department of Energy recognized his talents is not surprising to us, and we look forward to seeing all that he will achieve once he graduates from college.”

As the first in his family to attend college, Jesus is hoping to set an example for his younger nieces to show them what is possible.

“I want to show them that college is a ridiculously great opportunity,” he said. “If it wasn’t for Cal State San Marcos, I would’ve never gone to Princeton and been able to do what I’ve done. I wouldn’t be where I’m at if it wasn’t for college.” 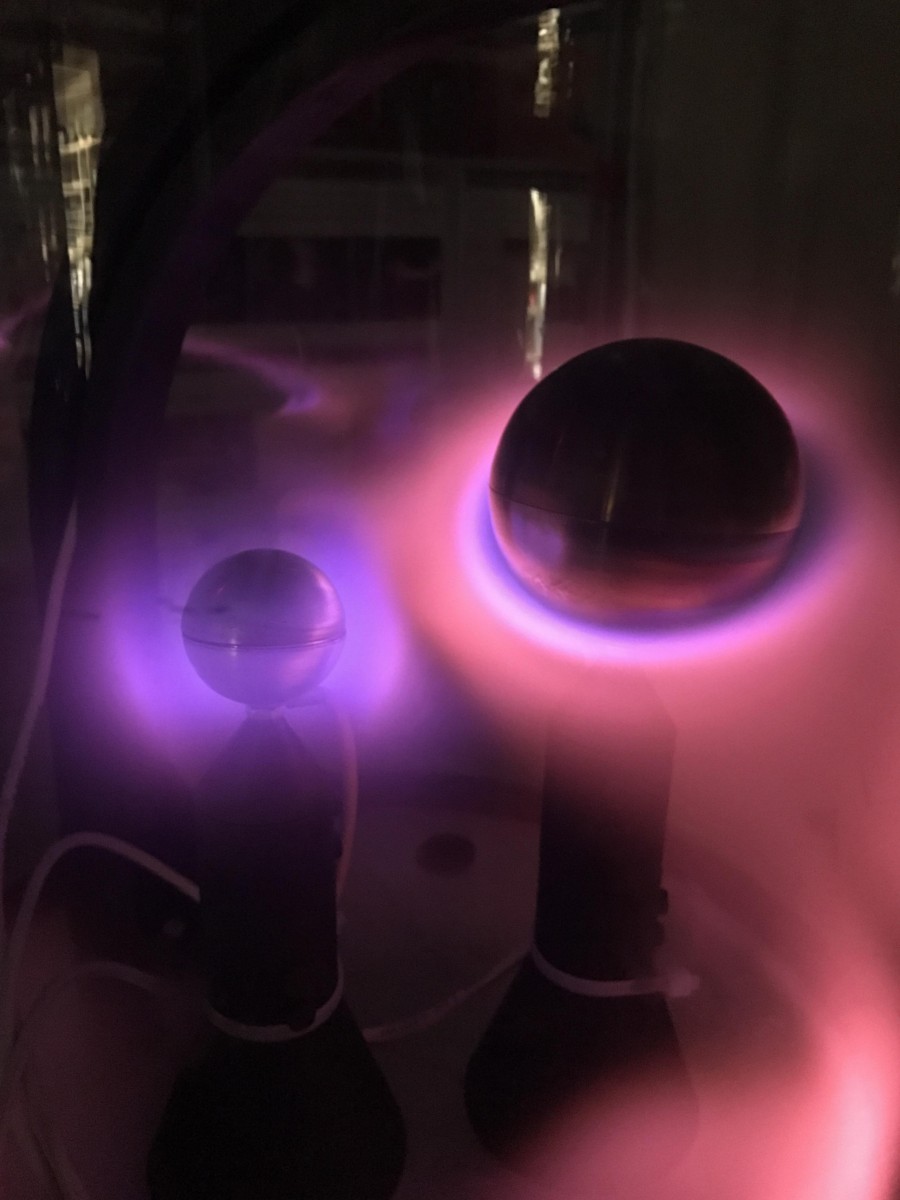 CSUSM student Jesus Perez recently returned from a prestigious 16-week internship with the U.S. Department of Energy’s Princeton Plasma Physics Laboratory.
CSUSM student Jesus Perez spent the fall at an internship at Princeton. Pictured is a solar corona (left) and a stellar ring (right). Both electrically charged, the two spheres produce different phenomena based on their magnet characteristics. Perez says it was difficult to capture and reproduce this exact picture due to being able to maintain a fluctuating pressure.
NewsCenter