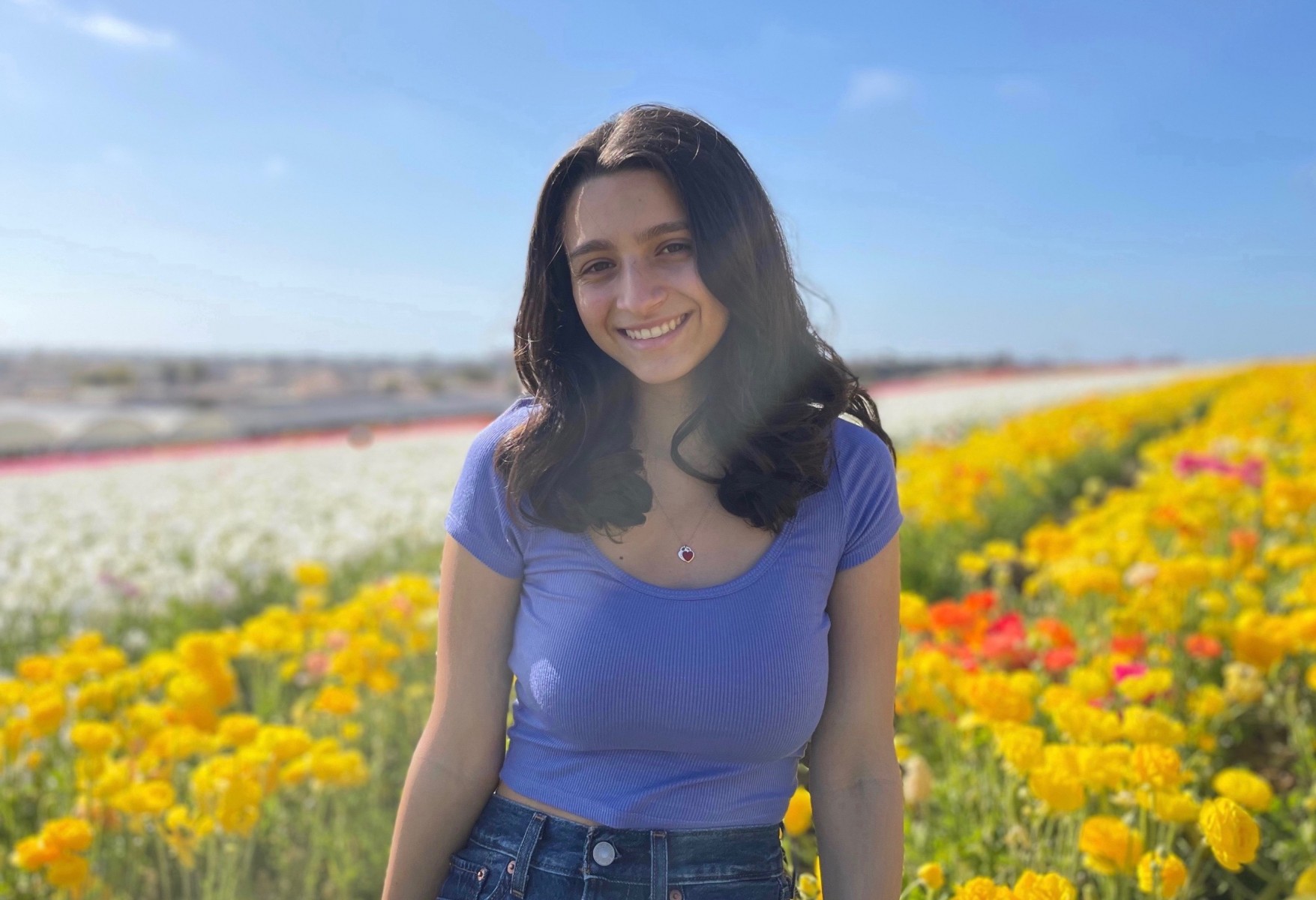 Julia Glorioso was one of 12 winners of the 2020-21 CSUSM University Library Award for Undergraduate Research and Creative Activity. Glorioso was honored for her film "The Routine."

As a political science major, Cal State San Marcos sophomore Julia Glorioso is used to writing papers and participating in discussions about public policy and law.

So when she decided to write and produce a film for her final project assignment for a world cinema course, she accessed the creative side of her brain, the part that produced many a drawing and painting while growing up in nearby Oceanside.

Glorioso was one of 12 students to win the award, which came with a $600 prize.

“I just really wanted to convey the struggles that college students are going through right now with a pandemic and being virtual and just being stuck at home and that type of environment,” said Glorioso, who is the College of Humanities, Arts, Behavioral and Social Sciences representative to Associated Students, Inc. “I wanted to do a film that touched on the COVID-19 pandemic, and kind of this social commentary type of film that's really relevant with what we're all experiencing right now; and touching on how it is being a college student and doing things virtually. So that was my inspiration on my film and making it using the neorealist conventions to get my story across.”

Glorioso’s film inspirations were Italian filmmakers Roberto Rossellini and brothers Vittorio and Paolo Taviani, some of the neorealist directors she was introduced to in her world cinema course. Not a veteran of foreign films by any means, she was able to view many of their films through the library database.

She filmed most of it with a DSLR camera inside her house because of the pandemic. At the end, she wound up at the beach “because that's something I would have been daydreaming about.”

Her theme of escapism came across to show how it was unclear whether the end was a dream in the middle of the pandemic or the hopeful reality ending of being at the beach when the pandemic's over.

In a little less than two years, Glorioso has made the most of her opportunities on campus, including working at the library last year before the pandemic.

In addition to being the CHABSS representative to ASI, she is an ambassador to The Alliance to Accelerate Excellence in Education.

“I really want to get the most out of my time here,” she said. “In my first year, my main goal was just to get involved on campus as much as I could and take advantage of as many opportunities as I could. While I'm here, whatever opportunity comes across to try to apply for something I definitely want to take that opportunity.”

As for her post undergraduate plans, she’s interested in a career in either law or the public policy side of government. Whether it means writing public policy, being an advocate or being a practicing attorney, she knows she wants to make a positive impact on her community.

And perhaps one day pursue a career as a filmmaker?

“Maybe,” said Glorioso, with a laugh.