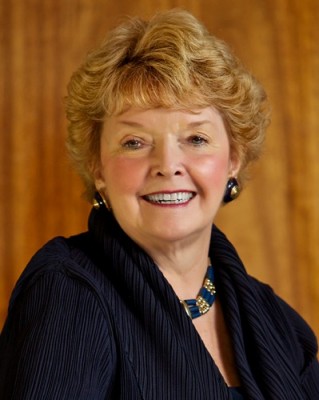 Dr. Karen Haynes, president of California State University San Marcos (CSUSM), has been ranked No. 3 on the list of “The 30 Most Influential Social Workers Alive Today,” compiled by Social Work Degree Guide.

Under her leadership, the University has become a first-choice campus for the region, with a particular focus on serving educationally-at-risk populations such as former foster youth, veterans and Native Americans. Fifty-two percent of the 2014 graduating class were the first in their families to earn a four-year degree; and well over half of the student body identifies as being a minority. Dr. Haynes’ commitment to public higher education is helping CSUSM transform the lives of students and families throughout Southern California.

According to Social Work Degree Guide, selection was based on merit, scholastic study and political activism. From celebrities to university professors, the list includes individuals who plan, engage and support social work.

Dr. Haynes recently celebrated her tenth anniversary as president of CSUSM. Her forty year career in higher education includes academic leadership roles at the University of Houston, where she served as the dean of the Graduate School of Social Work for ten years, and the University of Houston-Victoria where she served as president for eight and a half years.

A former dean and professor of social work, Dr. Haynes has authored and co-authored numerous books, articles, and publications on political social work, including the landmark text, Affecting Change: Social Workers in the Political Arena, co-authored with Jim Mickelson. She holds a doctorate in social work from the University of Texas in Austin and currently serves as the Presidential Sponsor for the American Council on Education’s Southern California Network of Women in Higher Education. Recent awards and honors include being the 2013 recipient of the San Diego Business Journal’s Darlene Marcos Shiley Educational Leadership Award, and the 2013 American Council on Education’s Donna Shavlik Award for her commitment to advancing women through career and leadership development and for mentoring women on the state and national levels. She was also the 2010 recipient of the San Diego Business Journal’s 2010 Most Admired CEO Award, and was honored in 2007 with the San Diego YWCA’s Top Women in Industry Award and the San Diego Business Journal’s “Women Who Mean Business” Award.

“The principles of social work have remained at the center of my life’s work and serve as a fundamental touchstone for my career in higher education administration,” said Dr. Haynes. “Social workers promote social justice and social change, and it is these values that have served me well as a university president. Thanks to social work, I am a better president and a better agent of change.”