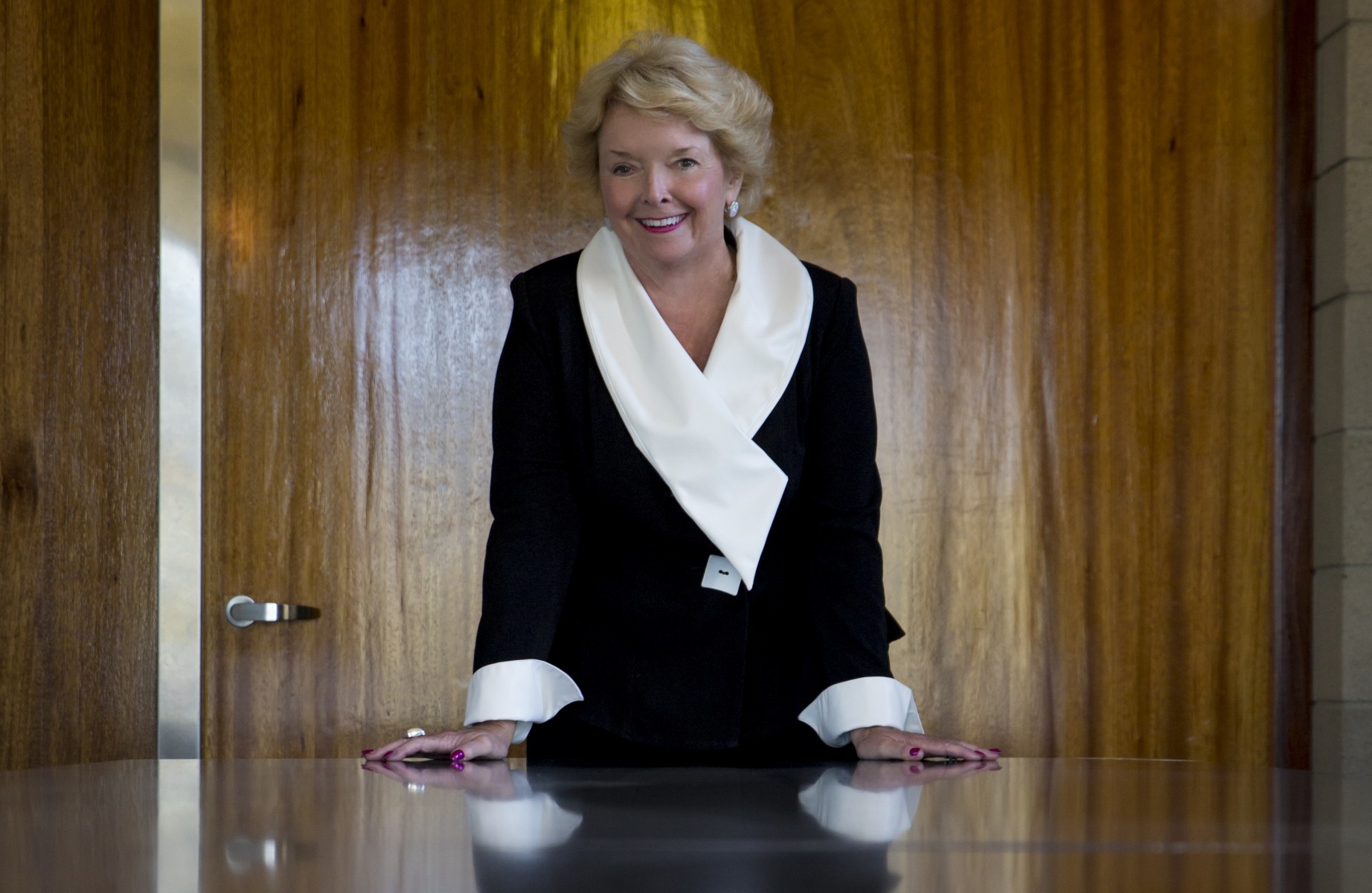 Dr. Karen Haynes announced today that she will retire as president of California State University San Marcos (CSUSM) at the end of June 2019. The announcement was made via a personal email from Haynes to the campus community. Haynes is the longest-seated president in the CSU system – the first woman to hold this role in history.

“As CSUSM approaches the close of its first major philanthropic campaign, and given its strong position as a forward-focused institution, it seemed to be an appropriate time for First Gentleman Jim Mickelson and me to consider our future. After much reflection, I have decided to retire as President of Cal State San Marcos – and Jim as Founding Director of [CSUSM’s] ACE Scholars Services— effective June 30, 2019.”

Haynes arrived at CSUSM in February 2004. At the time, the university was a youthful 14 years old with a student population of over 7,000 and an alumni base of 13,000. Under her leadership, the campus has flourished to a student body of 17,000, with 45,000 alumni. She has overseen the addition of 15 new buildings, not including the university’s Extended Learning Building, which will open in the fall of 2019 through a one-of-a-kind public-private partnership. In 2008, CSUSM at Temecula, an off-campus center serving Southwest Riverside County, opened. Over 100 new academic programs have launched during her tenure, including CSUSM’s first engineering program in 2018. Additionally, Haynes championed the growth of Cougar athletics, including a transition to NCAA Division II. In 2015, Haynes publicly launched the university’s first major philanthropic campaign, Forward Together, an effort to raise $50 million, which will conclude on December 31, 2018.

“Over the years, [Jim and I] have had the gratification to work with immensely talented individuals at all levels of the university,” said Haynes. “Thanks to all of our collective work, we’ve seen the growth of the campus – with new buildings, academic programs, faculty and staff, students and alumni. We’ve also cultivated the less visible yet still very tangible aspects of our university’s development, including the growth of traditions and pride, the solidifying of our campus’ unique culture, and the increased visibility and impact of CSUSM in our region and beyond. Today, CSUSM stands as a beacon of inspiration to students of all backgrounds – a welcoming place that values community building, open dialogue, diversity, inclusion and respect.” 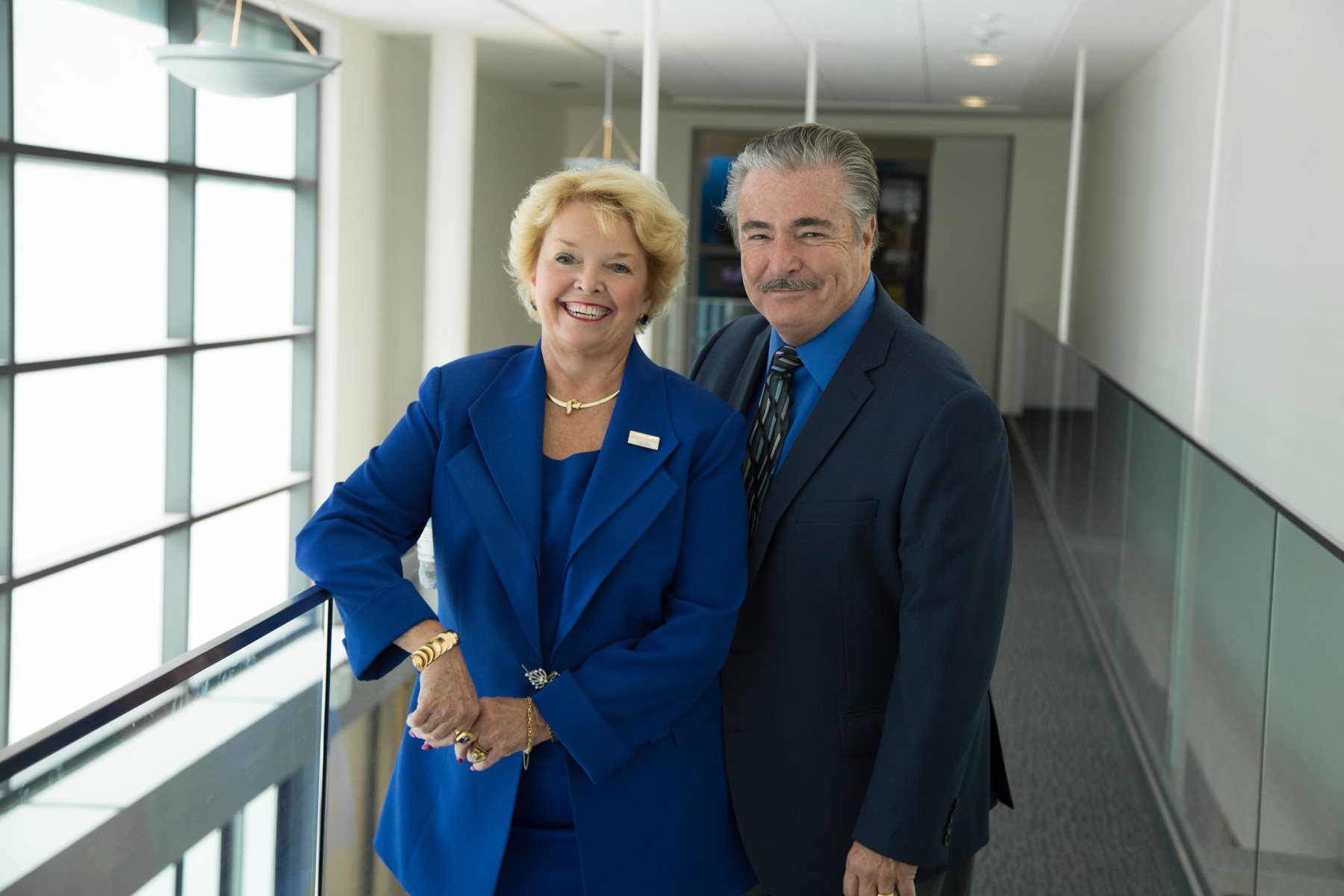 At Haynes’ first Report to the Community in February 2005, she announced that the university would not only work to raise the educational attainment rate of the region, but would focus efforts on creating a more diverse student population that aligned with regional demographics.

Today, approximately one in three CSUSM students falls outside the traditional age range of 18 to 22. Forty-five percent come from traditionally underrepresented backgrounds, including the highest per-capita number—and the only increasing number—of American Indian students in the CSU system. Nearly half are the first in their family earning a four-year college degree. One in 10 are military affiliated.

For the last five years, CSUSM has been recognized with the national Higher Education Excellence in Diversity Award from INSIGHT into Diversity magazine, and has been consistently named a top college for veterans by Military Times.

CSUSM has the unique distinction of serving more former foster youth per capita than any other university in the nation through the top-tier ACE Scholars Services program, founded in 2007 by First Gentleman Jim Mickelson, who also serves as the program’s director.

“Over my 40 years as a social worker, all I ever wanted to do was to have a positive impact on the lives of children and youth,” said Mickelson. “I am so grateful for the CSUSM community’s support of my work and advocacy in developing ACE Scholars Services for former foster youth.”

Since joining the California State University system, Haynes has lent her voice and support to several organizations and has led numerous committees. Her roles have included Founding President of the CSU Institute for Palliative Care, Chair of the CSU Commission on the Extended University, Chair of the CSU Program for Education and Research in Biotechnology, Presidential Sponsor for the American Council on Education’s Southern California Network of Women in Higher Education, and Board member of the San Diego Regional Economic Development Corporation.

Haynes has been widely recognized for her leadership and service by civic, non-profit, governmental, educational and professional organizations. In 2017, she received the Social Work Pioneer Award by the National Association of Social Workers. In 2015, she received the Woman of the Year Award from San Diego Magazine, the President of the Year Award from the California State Student Association, and a Cool Woman Award from the San Diego Girl Scouts. In 2014, Social Work Degree Guide named Haynes the third-most-influential social worker in the United States.

She is the author of A Dream and A Plan: a Woman’s Path to Leadership in Human Services, and co-author, with Jim Mickelson, of the landmark textbook Affecting Change: Social Workers in the Political Arena.

“President Haynes’ focus on student achievement has been a constant during an unprecedented period of growth and transition at Cal State San Marcos,” said California State University Chancellor Timothy P. White. “Under her stewardship, academic programs, facilities and athletics have all improved and expanded. Enrollment has more than doubled, and the campus now provides opportunities for a high quality education for students coming from the greater San Diego, Riverside and Orange counties.”

In the coming months, the CSU Board of Trustees will begin a national search to select a new campus president for Cal State San Marcos.