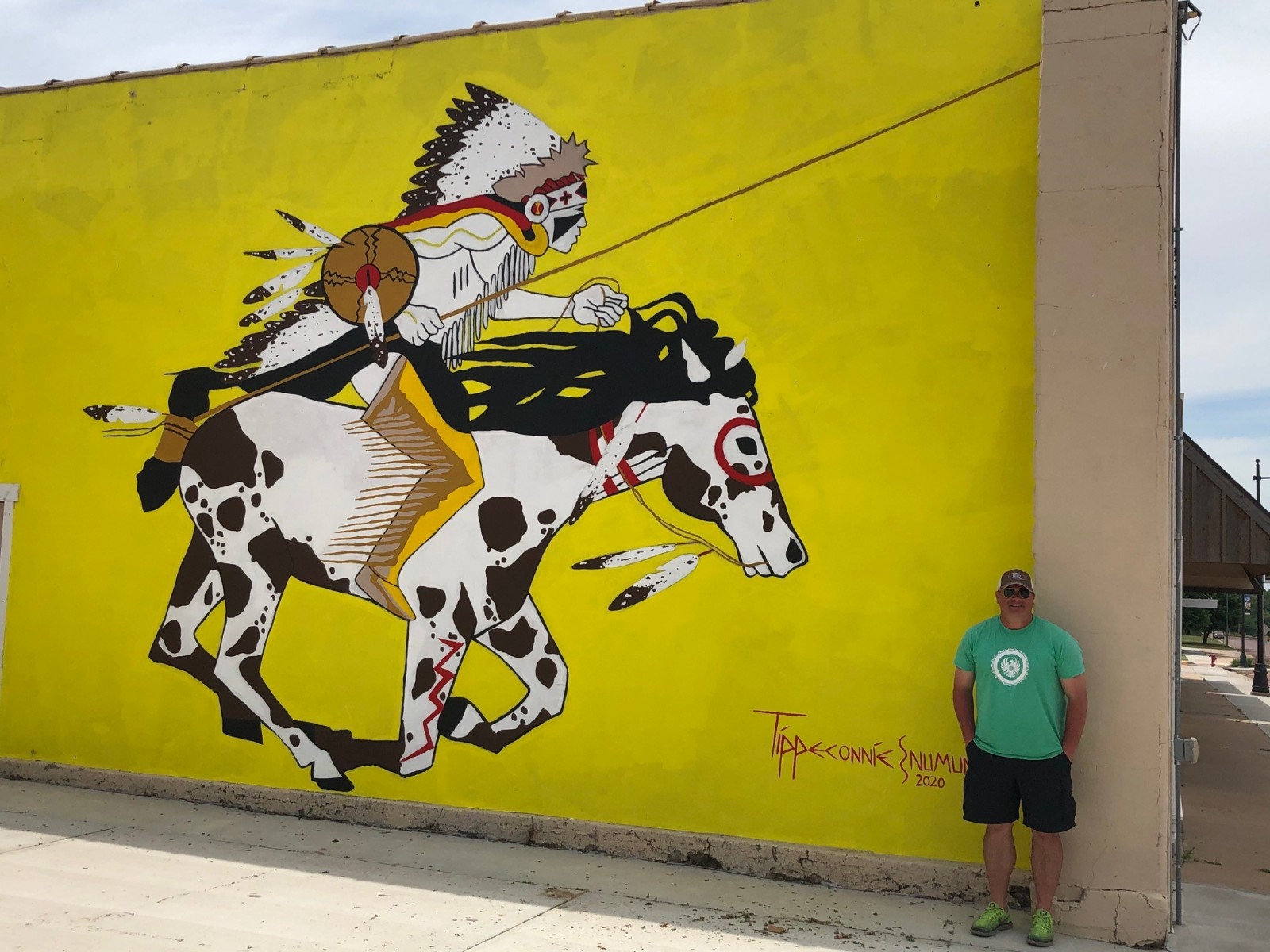 Eric Tippeconnic’s father worked for the Bureau of Indian Affairs, which meant that his childhood was like the American Indian version of being a military brat.

Tippeconnic was born in Nome, Alaska. He spent his formative years on the Hoopa reservation in Northern California. His family then moved to Arizona, where they lived on the San Carlos Apache reservation. He attended high school in New Mexico and later lived near the Cochiti tribe.

And though he never has resided in Oklahoma, he’s an enrolled member of that state’s Comanche Nation and has dozens of family members who live there.

If there’s anyone who’s intimately familiar with and can testify to the rich tapestry of American Indian life in the United States, it’s Tippeconnic.

“All you have to do is travel Native America to see the diversity,” Tippeconnic said. “We’re not all cookie-cutter. We are all distinct people with our own goals. I think highlighting the diversity of Native America really is effective when we’re trying to open up our students’ eyes.”

It’s that lived experience and perspective that Tippeconnic brought to Cal State San Marcos in the past two years as a lecturer in the American Indian Studies (AIS) department. Now he’s doing the same thing at a more engaged level. 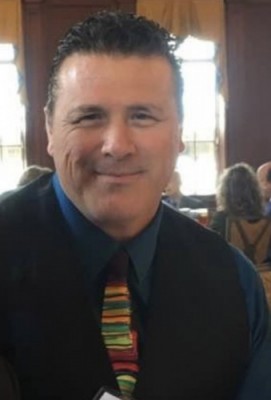 After being hired over the summer, Tippeconnic is in his first year as a full-time, tenure-track professor in AIS. He’s only the second such professor in the department, joining Joely Proudfit, who came to the CSUSM faculty in 2008 and worked almost as long to bring the department into existence (the major was launched three years ago).

Besides being a scholar, Tippeconnic is also an artist of wide renown in the American Indian community. During his time as a lecturer at CSUSM, he taught a course in American Indian art, as well as others in Native film, television and media, and contemporary Native communities, with a focus on Southern California tribes.

It’s that kind of concentration on American Indian issues that Tippeconnic sought when he wrote his doctoral dissertation at the University of New Mexico on the history of the Comanche from 1852 to 1987 – and that he had been unable to find in academia until he arrived at CSUSM. For the past eight years, he had been a history lecturer at Cal State Fullerton, teaching general U.S., European and world history.

“This is what I’ve been looking for,” Tippeconnic said. “The moment I came down to teach at Cal State San Marcos, I immediately fell in love with it because I was able to teach classes pertaining to my field. This is a godsend. I’m just so thankful and happy about the opportunity.”

For Proudfit, the feeling is mutual. She met Tippeconnic several years ago at the Santa Fe Indian Market, an annual summer festival that witnesses hundreds of thousands of people descend on the New Mexico capital. Tippeconnic was there selling his paintings, and Proudfit already knew of his reputation as an artist. What she learned in their conversation was that he’s also a historian who holds a Ph.D.

Tippeconnic, in fact, is the first Comanche ever to receive a doctorate in the field of history, and Proudfit’s department is now the beneficiary of that accumulated knowledge.

“He is well-respected across Indian country and eager to engage fully with our students as a teacher and mentor,” Proudfit said. “In my 25 years as an AIS professor, this is the first chance I have had to hire a tenure-track faculty member. And doing so during a pandemic was nothing short of a miracle. Native representation on our campus is critical, and I know Eric will be of service and inspiration to others.”

Tippeconnic has a fascinating backstory even beyond his family’s nomadic lifestyle. His great-grandfather fought against the U.S. Army in the Red River War, an 1874 military campaign launched to displace the Comanche and other tribes from the Great Plains and forcibly relocate them to reservations in Indian Territory. His grandfather, in the 1920s, became the first Comanche to earn a bachelor’s degree, and then he went on to earn a master’s as well – at a time when most Americans, let alone American Indians, didn’t even complete high school.

“What he did was truly remarkable,” Tippeconnic said. “He set the standard, and several of his children went on to procure doctorates, so they took it even further. I’m the third generation, but I can confidently say that I wouldn’t be in the position that I’m in if it weren’t for the steps that my grandfather took.”

Tippeconnic’s father, before working for the Bureau of Indian Affairs, served in the U.S. Navy and met his future wife while on shore leave in Copenhagen after the Korean War. That makes Tippeconnic half-Native, half-Danish, and he alternated his childhood summers between Oklahoma and Denmark, seeing as much of Europe as he did of Indian country.

And before becoming an artist and historian, Tippeconnic was a football star. He played linebacker at Colorado State University and, as a senior, recorded 192 tackles, second all-time at the school. In 1992, he was named to the all-century team as one of the best players in the first 100 years of Colorado State football.

“It was a magical time, an incredible experience,” he said of his football days. “But that was a long time ago. My kids just laugh at me now.”

Tippeconnic, who lives on the border of Fontana and Rancho Cucamonga, has four children who are in seventh through 10th grades. He has a home studio where he paints almost every day of the week, but he plans to move it to the garage so he can enjoy more space and “get out of my wife’s kitchen area.”

He started creating art as a boy. He would attend Indian dances, ceremonies and celebrations, and try to reimagine them using markers on paper. He says he still has thousands of the drawings stored in boxes at his house. Gradually, he evolved from markers to paints and began selling art once he reached his 20s.

These days, Tippeconnic mostly uses canvas as his medium, but his profile has risen to the point that he’s often hired to paint giant murals on the sides of buildings. This summer, he did two of them – one in Medicine Lodge, Kan., the site of an infamous 1867 treaty between five Indian tribes and the U.S. government that led to forced relocation, and the other in Colony, Okla.

“We’re trying to reinforce to communities all around the country that really everywhere you step in this land, you’re on some ancestral homelands of the Native peoples,” Tippeconnic said. “This is my way of doing that, and the people there seem to be very receptive.”

Now, CSUSM students are Tippeconnic’s receptive audience, and he’s giddy about it.