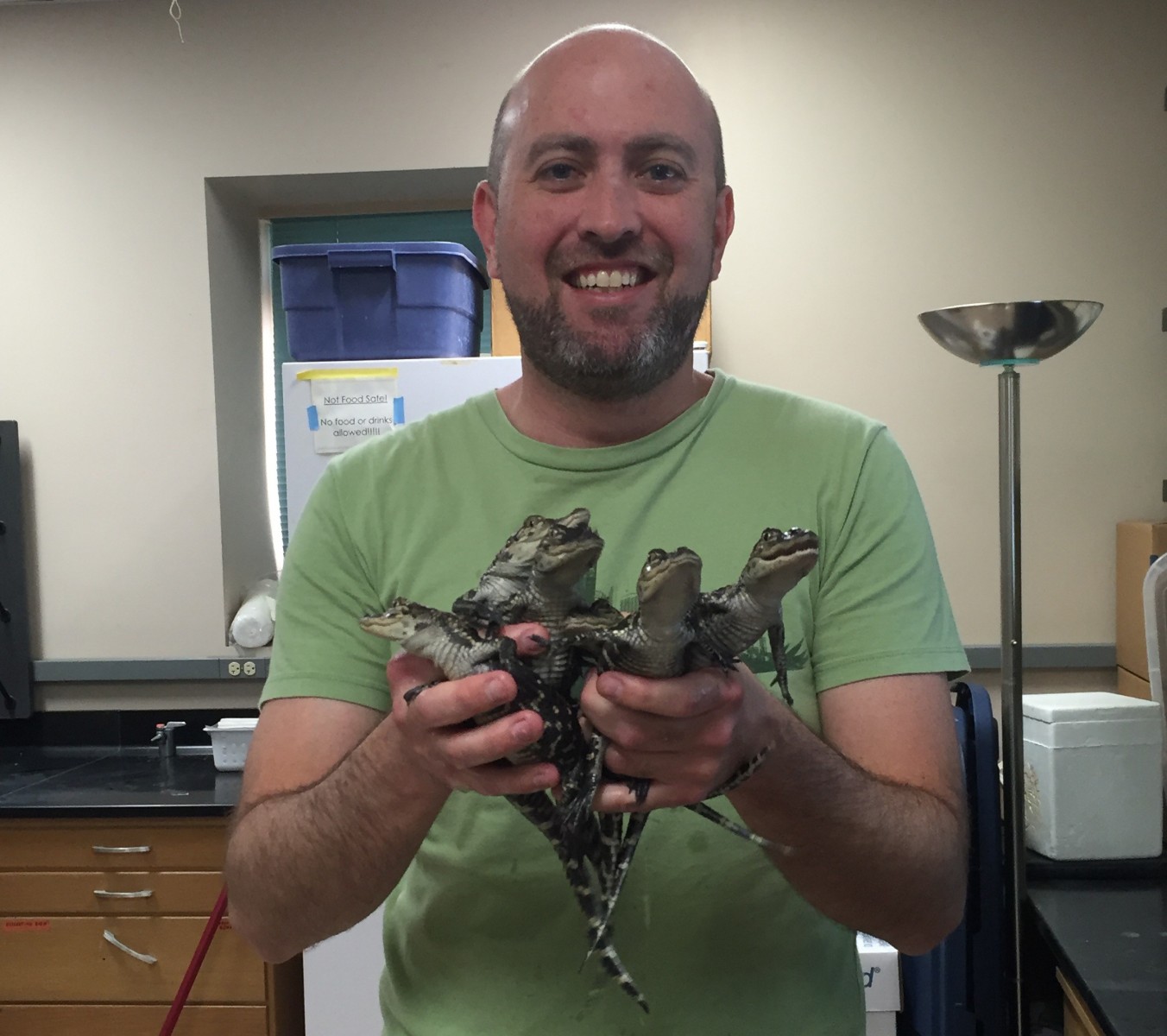 John Eme is familiar with the misconceptions some people have about alligators and crocodiles.

He had some himself.

Eme, an adjunct faculty member in Cal State San Marcos’ biology department, has been researching alligators and crocodiles for about 12 years. That research includes significant handling of the reptiles, which Eme figured could lead to some harrowing moments in the lab.

“I thought I was going to dance with the devil in the pale moonlight every day. I really did,” Eme said.

Eme quickly learned that alligators make excellent lab animals. The hatchlings that he uses are easy to handle and they don’t require cumbersome gloves or daily feeding.

Eme was already an expert on the thermobiology of fish, having studied them everywhere from Florida to Canada to Indonesia, before he even thought about researching alligators and crocodiles. His introduction to reptiles came in his late 20s after he took a position at UC Irvine that included a trip to Brazil to study caiman. That experience had him hooked.

“Twelve years later, you talk about it enough and do it enough and you’re an expert on alligators. I know a disproportionate amount about alligators,” he said, laughing. “I’ve really enjoyed it.”

Eme was a visiting professor in his first year at CSUSM before becoming an adjunct faculty member for 2016-17.

Eme’s role as a visiting professor included lab space, and he brought 30 alligator hatchlings to CSUSM to research their cardiovascular systems. He studies the animals when they’re small for logistical reasons. He said it’s easy to handle gators when they hatch as they only weigh about an ounce. Even if they bite you, Eme said it just feels like a bad papercut. Needless to say, it’s not as manageable when they’re 15 feet long and weigh more than a ton. 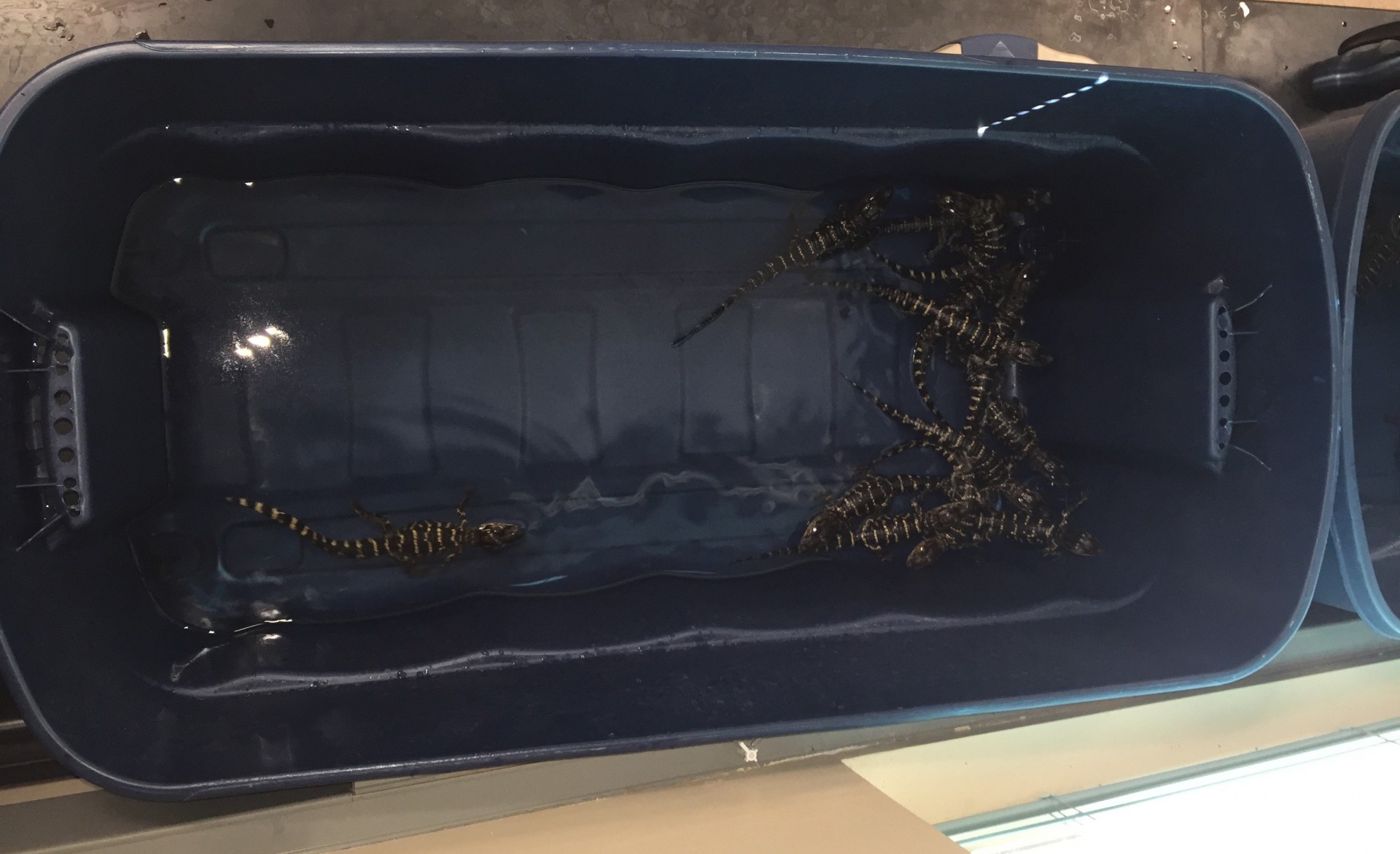 Eme said alligators make an excellent research model because they have a robust heart. Things that might cause a human to respond with heart disease or feel ill – such as eating too much fatty food or smoking – don’t impact alligators and crocodiles in the same manner.

The animals also provide a research advantage because they’re closely related to birds, Eme said. They even have similar lung structures despite their obvious lifestyle differences.

“Crocodiles can’t fly over the Himalayas, but they are much more closely related to birds than they are to the rest of the reptiles by a long shot,” Eme said. “You can answer questions not only based on how robust their heart is – reptiles tend to be tough animals – but you can also look at it from an evolutionary standpoint and ask questions about how the crocodiles may or may not be different from birds.”

Eme said the two most common misconceptions about alligators and crocodiles that he hears regard the risk they pose to humans and whether they’re endangered.

While the American alligator can be dangerous – Eme noted the recent tragedy in Florida in which a toddler was killed by a gator – it typically tries to steer clear of humans.

Australia has a dangerous crocodile – “Australians I know would tell you that if you went swimming in some rivers in Queensland, there’s a 100 percent chance you’d be bitten by a saltwater crocodile,” Eme says – but North America’s large crocodile tends to be docile.

Eme said some people think alligators are endangered, but it’s one of the few animals that has been taken off the endangered list, though it’s still considered a species of special concern.

“The American alligator is the greatest success story of a large animal in the history of environmental conservation,” Eme said. “To have an animal have such a low population to now having millions and millions, if you want to think about a big animal, it’s the most successful. There are plenty of small animals that have done well with environmental conservation. But one that’s bigger than a door, they for sure take the cake.” 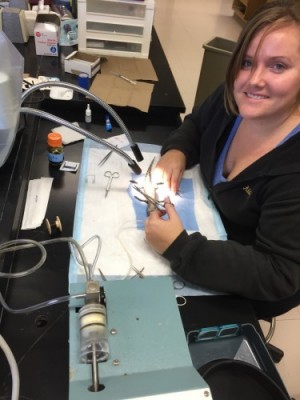 Eme would love to have more hatchlings on campus in the future if there’s lab space available. While he doesn’t expect it to happen in the 2016-17 academic year, he is happy to focus on teaching.

“Getting to interact with young people who are experiencing for the first time the sort of things that I’ve experienced is really exciting,” he said. “It’s a privilege to be able to work with these animals. California’s a lucky state and America’s a lucky country in a lot of different ways, and one of them is that we have access to these sorts of things and a research structure in this country that supports being able to do this kind of work.

“No matter what bad things may happen to funding and all that kind of stuff, you still have these opportunities to go to school and learn about these kinds of things. I’m a professional teacher and I’m a professional person who studies alligators, which is a weird thing in life. I feel privileged. I’ve been able to meet a lot of nice people in all kinds of places, San Marcos especially.”