Pronouns: 'It's About Respecting Someone's Identity' 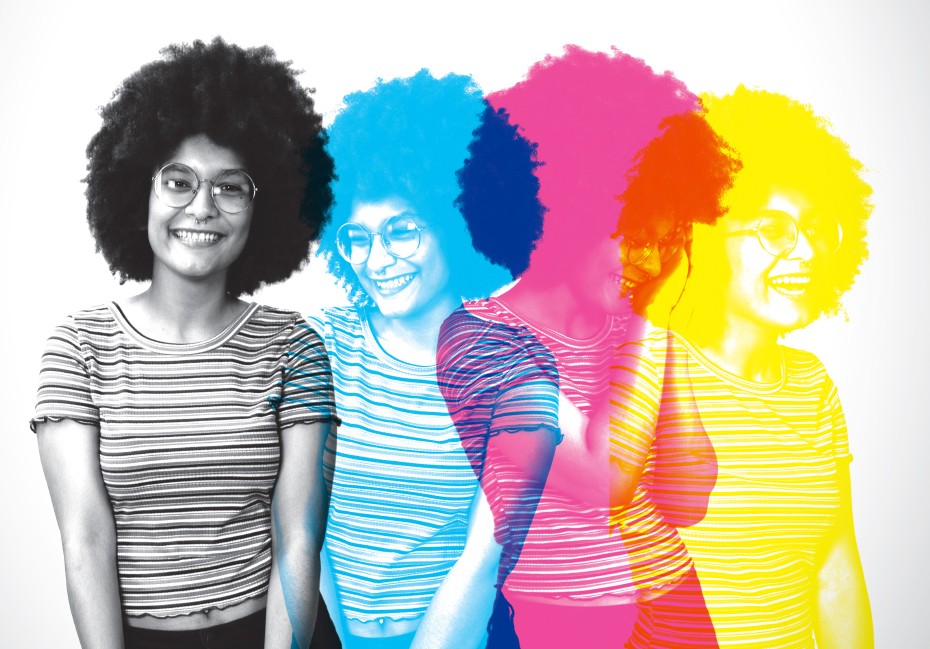 Danni Flowers is studying art, media and design and women's gender and sexuality studies, and uses the pronouns they/them/their. Photography by Christine Vaughan and Marcus Torres

Danni Flowers follows a simple routine when it comes to introductions.

Hi, my name is Danni. I use they/them pronouns. If you don’t mind me asking, what are your pronouns?

As is their custom, Danni included their pronouns while welcoming a visiting student to the center. But each time the student visited, incorrect pronouns were used when referring to Danni. At first, Danni thought it might be a misunderstanding and they or one of their co-workers would politely correct the student. But it soon became clear that the misgendering was intentional.

“It’s about respecting someone’s identity,” said Danni, who is double majoring in art, media and design and women’s, gender, and sexuality studies. “I don’t tell you my pronouns just to tell you. It’s because it’s who I am, and referring to me any other way is hurtful because you’re not viewing me as who I am.”

The Gender Equity Center is part of the Student Life Centers for Identity, Inclusion, and Empowerment that help foster an inclusive and welcoming environment for all students. While it provides a safe space, fosters dialogue about gender equity and social justice, and provides critical resources for students, the tumult surrounding Danni’s misgendering served as a reminder of the need to remain diligent when it comes to educating the campus community about the importance of pronouns.

“Some people will say, ‘Why they/them? What does that mean?’ ” said Marina Flowers (no relation to Danni), a literature and writing studies major who is the peer coordinator in the Gender Equity Center and uses she/her pronouns. “And we say, ‘Let’s talk.’ That’s what we’re here for. We’re here to have an open conversation, a dialogue about these pronouns.”

While some grammarians resist using “they” as a singular pronoun, it has been used that way for centuries. The Oxford English Dictionary traces its usage back as early as the 14th century and notes that it likely was commonly used long before that. The singular “they” was even voted the 2015 word of the year by the American Dialect Society.

Many people and organizations are trying to remove gender from their language. Last summer, the city of Berkeley proposed changes to make its municipal code more gender inclusive by changing words like “manhole” to “maintenance hole” and “manpower” to “human effort.” 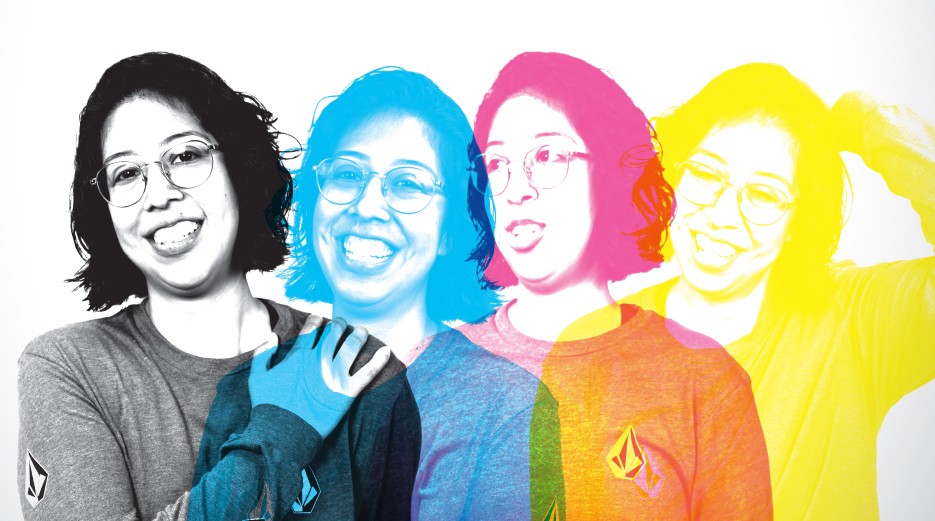 Fernanda Hernandez Garcia, a fifth-year human development student, began using they/them/their pronouns a little more than a year ago. Fernanda began identifying as queer in their second year at CSUSM, and the usage of they/them/their was part of a natural progression.

“I'm not this cookie-cutter model for a woman that comes from a Latina background or a woman that is first generation,” said Fernanda, who worked in CSUSM’s LGBTQA Pride Center as a peer educator for two years. “I felt that they/them/their was my way of starting to encompass this experience that I am kind of already doing something different from what is expected of me.”

Fernanda said it has become standard practice in many of their human development courses for professors to begin the semester by having students introduce themselves with their names and pronouns.

One of Fernanda’s past professors, Martín Leyva, addresses students with phrases like “Good afternoon, y’all” or “How are you all doing?”

“It’s not up to me how someone identifies or who they are; it’s up to them,” said Leyva, who uses he/him pronouns. “And it’s my job to respect that and identify people how they want to be identified.”

Marina Flowers is studying literature and writing studies, and uses the pronouns she/her. Photography by Christine Vaughan and Marcus Torres

Fernanda often doesn’t correct people when they misgender them, preferring to wait for an opportunity to reintroduce their pronouns.

“Something that I’ve learned is that if I let every little thing bother me, I kind of stop myself from then making other progress,” Fernanda said. “I am fortunate that for me it doesn’t cause so much dysphoria or anxiety, because friends of mine have shared with me that every time they’re misgendered and someone says ‘she’ even after they’ve tried multiple times to introduce themselves and let it be known that their pronouns are ‘he’ or ‘they,’ they let me know that it’s really a cringing experience for them.”

That was the case for Danni last spring when they were being intentionally misgendered. While the Gender Equity Center has long engaged in conversations about pronouns and even offers free buttons to make it easier for people to share their pronouns, the misgendering of Danni sparked center staff to redouble efforts, including the creation of a more robust website, increased advocacy efforts and becoming more visible on campus.

“Misgendering can be very much an accident,” Danni said. “But when it's intentional, you're reminding me of someone that I'm not. You're reminding me of a self that I'm not comfortable with anymore. So, hearing she/her pronouns when it's by accident, I totally brush it off. Hearing it over and over, it does bring this pain in my chest and discomfort to my body because that's not who I am. It's someone completely different that I've left in the past.

“It was hurtful at the time, but I get over things quickly. I’m on to bigger and better things. I’m not going to let one person hold me down.”

Pronouns: 'It's About Respecting Someone's Identity'