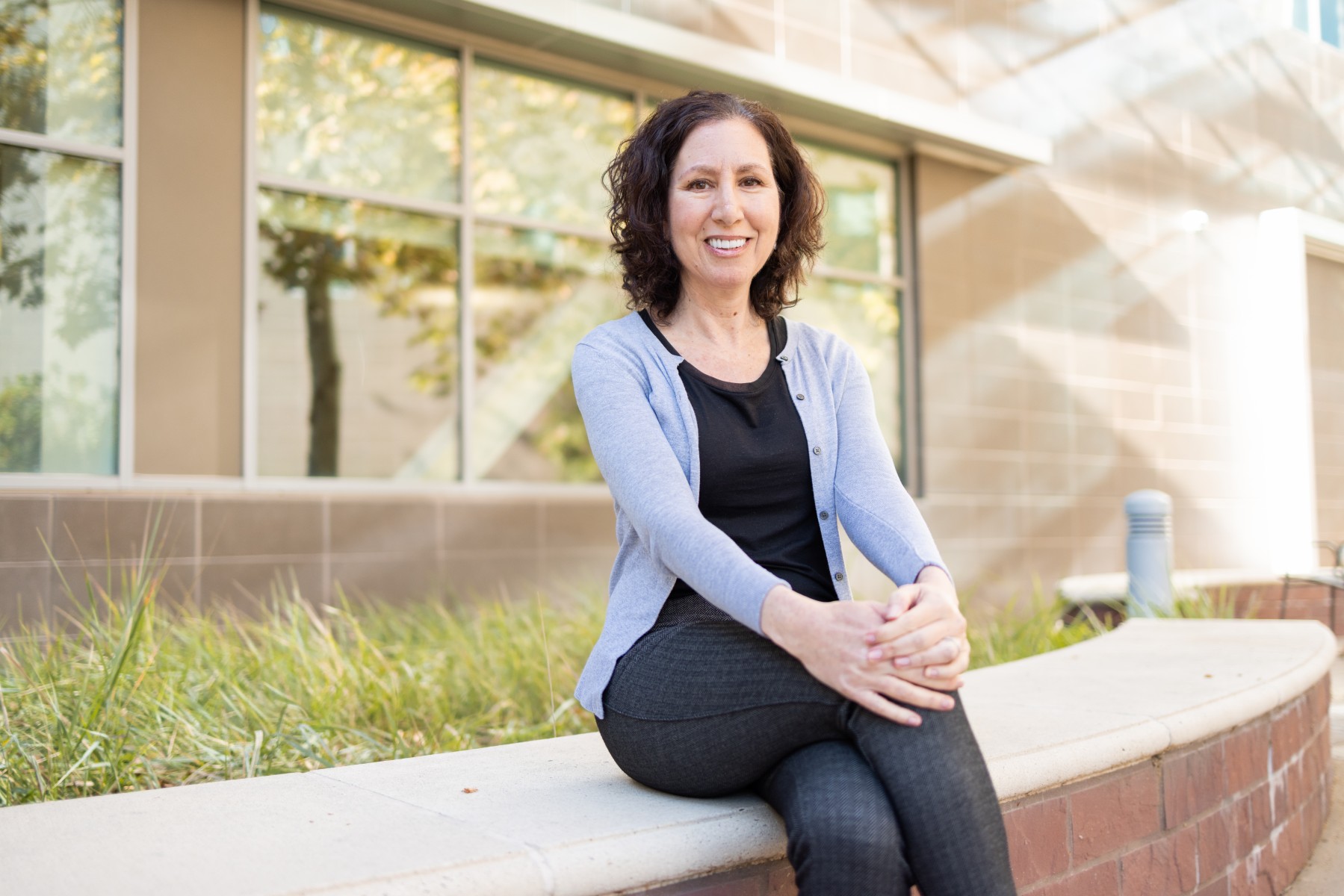 Kim Pulvers was a doctoral student in clinical psychology at the University of Kansas in the early 2000s when she first encountered a statistic that floored her.

Every year, almost half a million people die from the effects of cigarette smoking, which is more than the number of deaths from auto accidents, drugs and alcohol, murder, suicide and AIDS – combined.

Further, Pulvers came to discover that tobacco companies aggressively target vulnerable and disadvantaged populations, leading to vast disparities in not only tobacco-related death, but also disease, use and cessation rates.

“I began dedicating my research to addressing this preventable problem among people from low-income and racial/ethnic minoritized backgrounds who smoked,” Pulvers said.

She never really stopped, and for more than a decade, Cal State San Marcos has been the beneficiary. Hired as a psychology professor and clinical health psychologist in 2008, Pulvers has dedicated her career to reducing the risk of smoking, helping people stop smoking, and researching tobacco control policy. In the process, she has incorporated more than 100 students in her research and helped dozens of them advance to postgraduate education in the field.

For her tireless efforts, Pulvers has been chosen as one of two CSUSM nominees for the 2023 CSU Wang Family Excellence Award, which annually recognizes four California State University faculty members and one staff member who have distinguished themselves through exemplary contributions and achievements. Pulvers was nominated for the Outstanding Faculty Scholarship Award, with history professor Alyssa Goldstein Sepinwall nominated for the Outstanding Faculty Teaching Award.

“I am thankful for the privilege to be a faculty member in the largest state university system in the nation and the opportunity to have devoted my faculty career to CSUSM,” Pulvers said. “Contributing to social and economic mobility in California and in North County San Diego specifically, while addressing the leading cause of preventable death and disease in the United States through my research, makes me excited to work every day.” 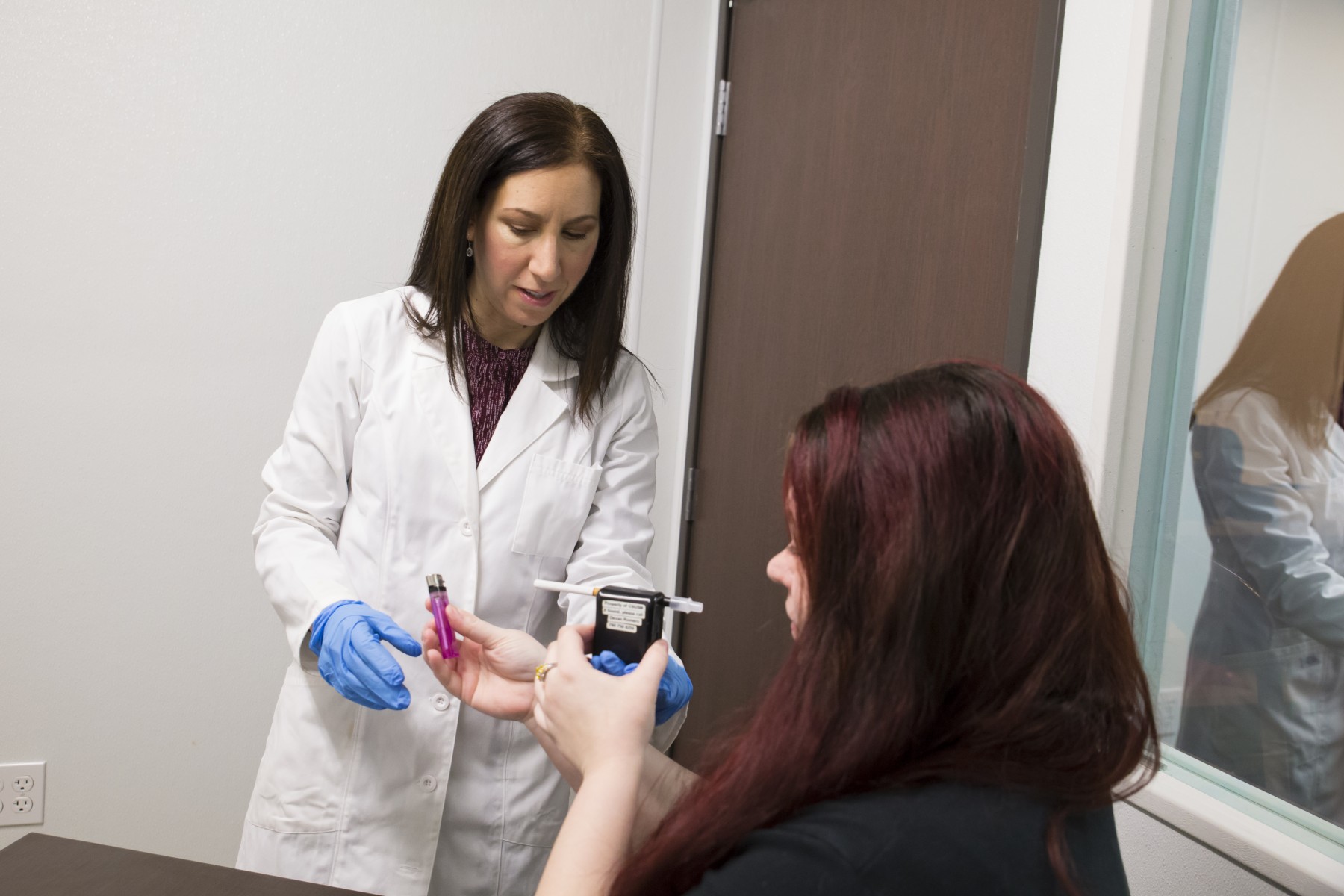 Kim Pulvers continuously involves students in her research on smoking cessation and other causes.

Far from resting on her laurels, Pulvers now is taking her research to the next level. In the last year, she applied for and received three new grants totaling $3.1 million and representing 12 years of continuous funding.

The most notable of these allows her to develop and administer a training program for students from diverse backgrounds to conduct tobacco-related research projects in partnership with UC San Diego. The inaugural CSUSM/UCSD Smoke and Vape Free Scholars Initiative Program for Reducing Tobacco Disease in Diverse Communities is funding 15 CSUSM students from racial/ethnic minoritized, low-income and/or LGBTQ backgrounds – the populations that tobacco companies frequently target – for a comprehensive, two-year training experience, filling a critical gap as the first student training program devoted to tobacco control and advocacy.

Pulvers says she was prepared to lead this program because of her long record of mentoring students. In her 14 years at CSUSM, she has trained 100 students, more than half of whom completed at least two years of mentored research. That kind of experience has proved instrumental in many of her students gaining admission to competitive master’s and Ph.D. programs.

“As a minority student, the road to graduate school was difficult,” said Eleuterio Limas, a former undergraduate and master’s student of Pulvers’ who went on to earn a Ph.D. at Indiana University and is now a staff psychologist at UCSD. “Fortunately, Dr. Pulvers has made a career of helping underrepresented students such as myself. I have never seen her turn a student away. Even if a student had little to no research experience, she would give that person a chance. That type of approach goes a long way for an underrepresented student because it gives them hope and the confidence from someone believing in them.

“She continually puts out top-tier research, is admired by her colleagues, and is an inspiration to her students. It is an example that I hope to be to the students I have a chance to impact and mentor.”

Throughout her career, Pulvers has been inspired by a quote from, of all people, a hockey player. The legendary Wayne Gretzky once said, “I skate to where the puck is going to be, not where it’s been.” Similarly, as Pulvers observed, tobacco executives employ that philosophy to stay ahead of mitigation efforts and keep certain people addicted to nicotine to remain profitable.

Her work, and her mentorship of students from groups most affected, is devoted to fighting back against that harmful ethos.

“The research I have conducted over the past 14 years at CSUSM,” she said, “is designed to counteract the disastrous effects of cigarette smoking and the unjust predatory practices yielding this unimaginable toll.”