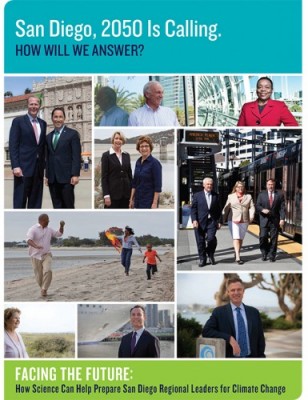 As California grapples with a record-breaking drought and a significant increase in wildfires, regional leaders and scientists have been pondering how San Diego County’s climate is changing. What will our natural environment be like in 35 years? And what actions can we take now to alleviate the impact of climate change?

The report, funded by the National Science Foundation, is part of an effort led by the Climate Education Partners (CEP) to develop and implement a climate change education plan for the San Diego region.  As co-Principal Investigator, Dr. Estrada was one of more than 40 multidisciplinary experts from local universities, governments, public sector agencies, nonprofits and private sector organizations throughout the San Diego region contributing the most up-to-date science-based data, trends and models projecting the expected local impacts of climate change related to weather events, water supply, wildfires, natural resources and public health.

To inform the content of “San Diego, 2050 is Calling.”, Estrada and her team conducted nearly 100 interviews with influential leaders in San Diego County across multiple communities and sectors including healthcare, fire preparedness and public safety, water, transportation, government and the economy. She found that leaders are not always aware of what other leaders are doing.  The report aims to fill this gap by highlighting what San Diego’s regional authorities are doing to address the local impacts of climate change (see page 9 of the report).

“We asked what they knew or didn’t know about climate change and what good actions are happening already in their work related to climate change,” said Estrada.

Through these interviews, which were coded with the assistance of undergraduate CSUSM student researchers, CEP learned that all 19 local governments (18 cities and the County of San Diego) have performed greenhouse gas emissions inventories and that more than half of these local governments are working on or have adopted Climate Action Plans to reduce those emissions. Furthermore, CEP learned that the number one concern among leaders is a strong economy.

The report also emphasizes the importance of the regional economy and how preparing for the impacts of climate change will help the region stay ahead of the challenges it and other communities throughout the nation are facing. Recent fires in San Diego—including the San Marcos Cocos Fire which led to the evacuation and campus closure of CSUSM and surrounding communities—fanned by high winds, unusually high temperatures and low humidity, demonstrate some of the impacts on our regional quality of life, economy and real-world issues such as the loss of homes.

“Our goal with the report is to heighten the understanding among San Diego key influential leaders on the causes and consequences of climate change that challenge our region's quality of life,” said Estrada. “We also are identifying the most effective ways to respond proactively to the causes and consequences of climate change impacts to maintain our beautiful region’s weather, natural resources, air and water quality and local economy.”

Ultimately, CEP is seeking to develop and implement a national model for regional climate change education and communication.

In addition to the report, CEP launched a website, www.sandiego.edu/2050, for those seeking to download the report, as well as get more information on the data and research behind the science. 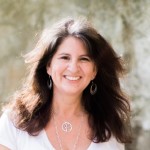 We are identifying the most effective ways to respond proactively to the causes and consequences of climate change impacts to maintain our beautiful region’s weather, natural resources, air and water quality and local economy.