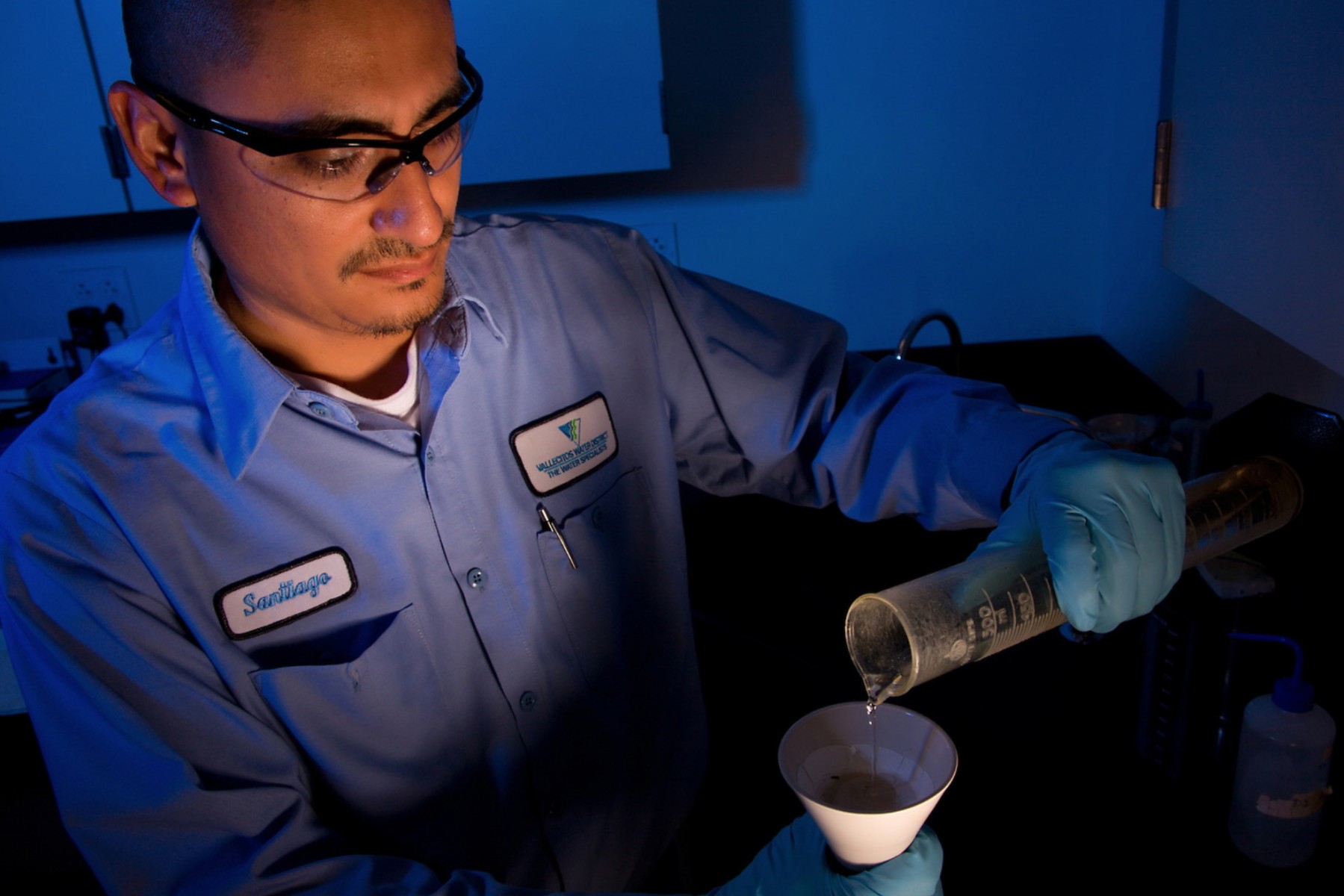 As California continues to contend with historic drought conditions, professionals in water resources are playing a critical role in developing and implementing the solutions needed to overcome our water challenges.

Now, a new for-credit certificate program at CSUSM, Water Resources Management and Leadership, is training the next generation of leaders who will be responsible for providing remedies and determining how to deliver water to regional homes and businesses in times of drought.

“A good percentage of our institutional knowledge is leaving us in the next five years,” Tom Scaglione, Vallecitos Water District assistant general manager said.

While open to the general public, the program is geared toward individuals already employed in the water industry and who wish to advance their supervisory skills and knowledge.

The new effort builds on a groundbreaking, not-for-credit certificate offered last year through Extended Learning and the College of Business Administration. However, all the courses in the new Water Resources Management and Leadership program will be for transcript credit, taught by seasoned instructors and augmented by guest speakers and occasional field trips.

CSUSM officials envision the certificate eventually leading to a bachelor’s degree program at the campus. Professor Alan Styles said that with California facing critical water shortages, as well as the new complexities due to climate and industry change, the program will play a critical role while burnishing the University’s reputation as a leader in water resources education.

“The idea is to take mid-level supervisors and turn them into strong candidates to become general managers in the industry,” said Professor Emeritus Lee Brown, who has been working with Styles to refine the new endeavor as program coordinator. “The program's purpose is to provide an investment in our future by guaranteeing that the management of Southern California's water will be in competent hands.”

In addition to the new certificate program, Cal State San Marcos is sponsoring a free series of fall forums, Fresh Perspectives on California’s Water Future, aimed at educating the larger public about all things water. The first of the three, The Psychology of Water, was held Sept. 9. The second in the series, The Politics of Water, is set for Oct. 14 and will include Pulitzer Prize-winning, Los Angeles Times reporter Bettina Boxall, along with Francis Spivy-Webber, who is vice chair of the California Water Resources Control Board, and Richard Atwater, executive director of the nonprofit Southern California Water Committee and Eric Larson, executive director of the San Diego County Farm Bureau.

The final forum in the series, The Economics of Water, is scheduled for Nov. 18. All of the forums begin at 6:30 p.m. in the University Student Union Ballroom.

Besides the University’s many educational programs focusing water resources, CSUSM has engaged in a myriad of sustainability efforts that have reduced water use by 58 percent since 2010 despite surging enrollment. Those efforts include a new high-tech, landscape-monitoring system that detects leaks, automatically shuts off when it rains and measures the atmosphere for moisture before sprinklers are activated, along with new low-flow faucets, dual-flush toilets and waterless urinals. What’s more, Cal State San Marcos professors Judit Hersko and Dr. Merryl Goldberg have been developing a test sculpture melding art with science that squeezes moisture from the atmosphere into gallons of potable water daily. Their long-term goals include a larger, permanent installation on campus that could perhaps yield enough water to irrigate a garden.