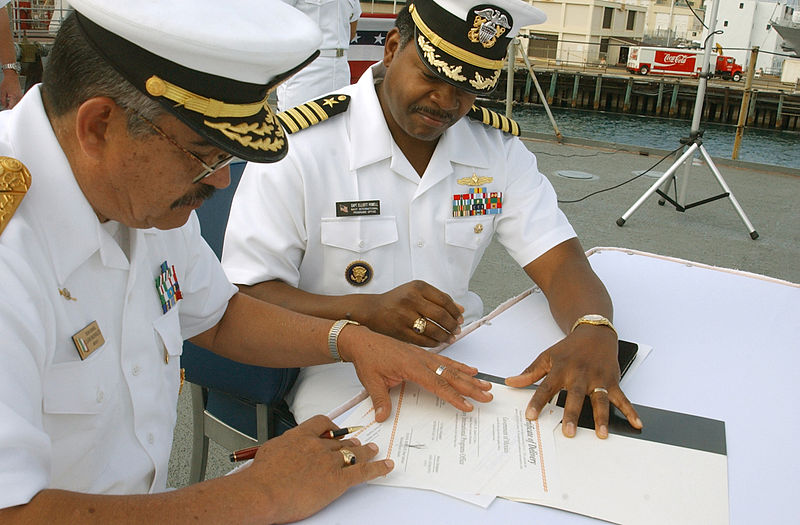 That’s what Elliott Powell remembered feeling the moment he stepped into his classroom on his first day of teaching at San Marcos Middle School just two years ago. And it’s not like he hadn’t been in stressful situations before.

The 26-year Navy veteran had commanded four warships over the course of his military career, successfully leading them through a multitude of training exercises, operational readiness inspections and Battle Group Operations all over the world.

During Operation Desert Storm, Powell commanded the USS Leader (MSO 490), that destroyed 16 mines in the Northern Persian Gulf. During Operation Sharp Guard, he conducted embargo operations off the coast of Bosnia while in command of USS Robert G. Bradley (FFG-49).

While serving in the Navy, Powell was the first African-American director of the White House Situation Room, overseeing the 24/7 operation of the President’s Operations Center and participating in over 50 presidential trips on Air Force One as the National Security Advisory’s representative from 1999 to 2001 during the Clinton and Bush presidencies.

After retiring from the Navy in 2004, Elliott joined the U.S. Bureau of Customs and Border Protection (CBP), where he spearheaded the development of the Operations Coordination Group that helped improve information sharing between the Departments of Defense and Homeland Security. Following his departure from CBP, he served as the director of the Federal Consulting Group where he led a group of government consultants that provided executive coaching, organizational development, performance measurement and customer satisfaction training to federal agencies throughout the Government.

But following this notable military and civil service career, Powell still wasn’t done—he had one thing that needed to do.

“I always wanted to be a teacher,” he said. “Throughout my life I have always considered myself a teacher. But that being said, I must admit to a bit of trepidation when I decided to take the plunge and make teaching my second career.”

After relocating from Washington, D.C., to San Marcos with his wife, who had retired from the Pentagon, to be closer to family, Powell enrolled in CSUSM’s School of Education middle-level credential program.

“I thought about what it’s like to be a middle school student, and I decided that if I can catch them now and get them on the right path, then I can truly make a difference,” he said.” 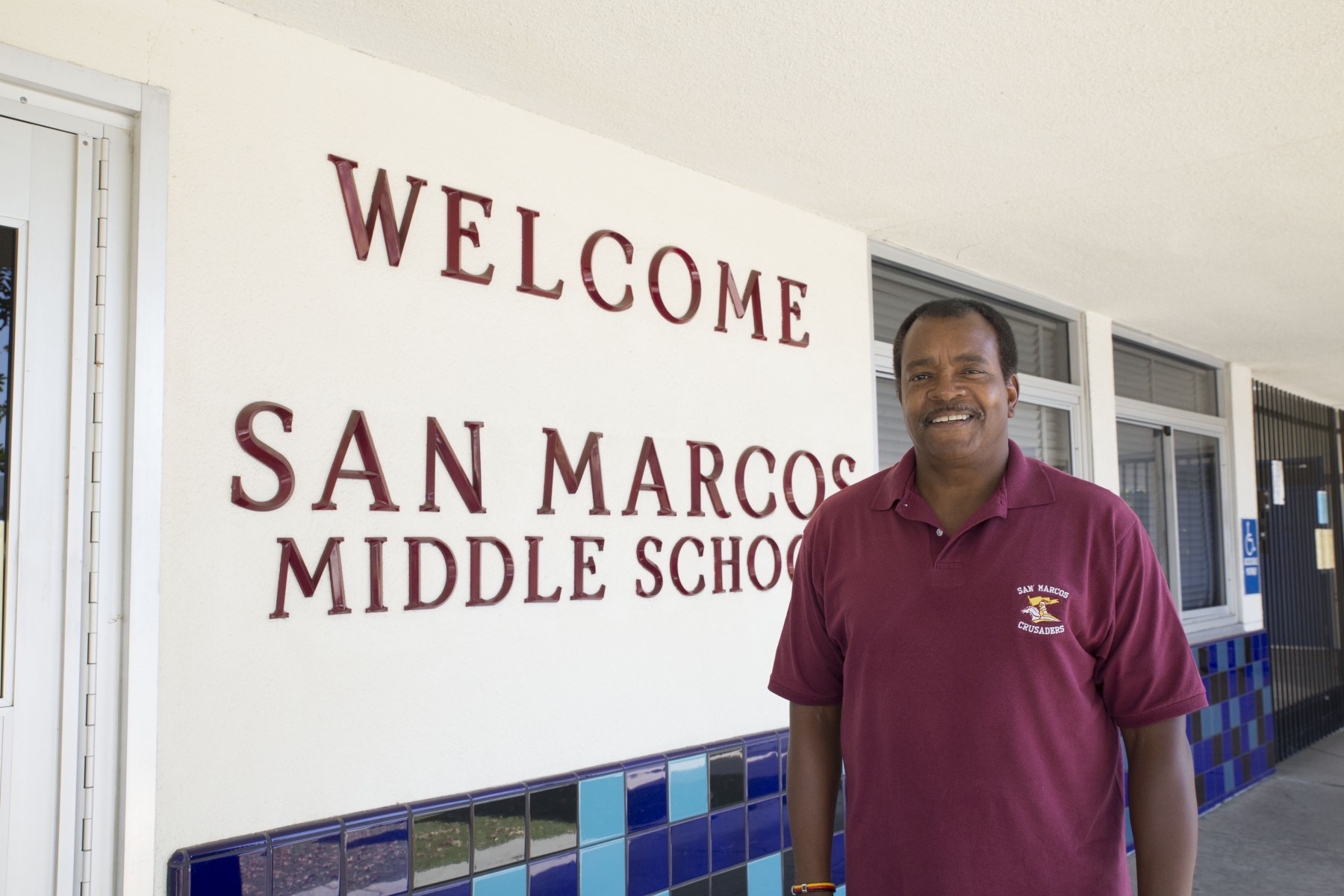 As a student at CSUSM, Powell became known as a mentor and role model for his peers, leading him to be named, in 2014, the Outstanding Graduate for the College of Education, Health and Human Services.

“Elliott was inquisitive and insightful,” said Erika Daniels, CSUSM professor of literacy education in his nomination letter. “He was always respectful and mindful of others’ opinions, helping to create a learning environment that operationalized the School of Education’s mission statement focusing on social justice and educational equity.”

And if that wasn’t enough, he now also teaches in the school’s after-hours AVID (Advancement Via Individual Determination) program, serves as the assistant coach of the junior varsity volleyball team and advises the Model United Nations club.

“It is amazing to me that after a very successful career in the Navy, he was willing to start again as a novice in a new career,” said Laurie Stowell, CSUSM professor of literacy. “He has the best attitude and just does what needs to be done to be the best teacher he can be.”

But even during his time in the military, Powell had a strong commitment to education. While directing the Situation Room, he ensured that his senior officers had the opportunity to earn their master’s degrees. He commanded three ships that received special recognition from Navy officials for their participation in the Navy’s Adopt-a-School program. Powell even created a Shipboard Learning Center to provide his crewmembers with a place to study and learn.

Powell sees a lot of parallels between teaching middle school and commanding a warship.

“Both have a lot to do with people skills and getting along with folks,” he said. “In the Navy, I hardly ever ordered people around because I worked to build trust.”

The motto of Powell’s classroom at San Marcos Middle School is “Respect. Remember. Achieve.”—the words are boldly displayed above the whiteboard—and he makes it a point to greet students daily with a handshake, eye contact and a personal greeting.

He believes that teaching is 40 percent attending to the student and engaging them as a whole person and 60 percent actually imparting content.

“The challenge in teaching is to get the kids to be mindful of education,” Powell said. “You can’t just lecture to them. You have to be intentional, engage them, build a relationship and share your story. If you have an engaged student, you don’t have one with behavioral issues.