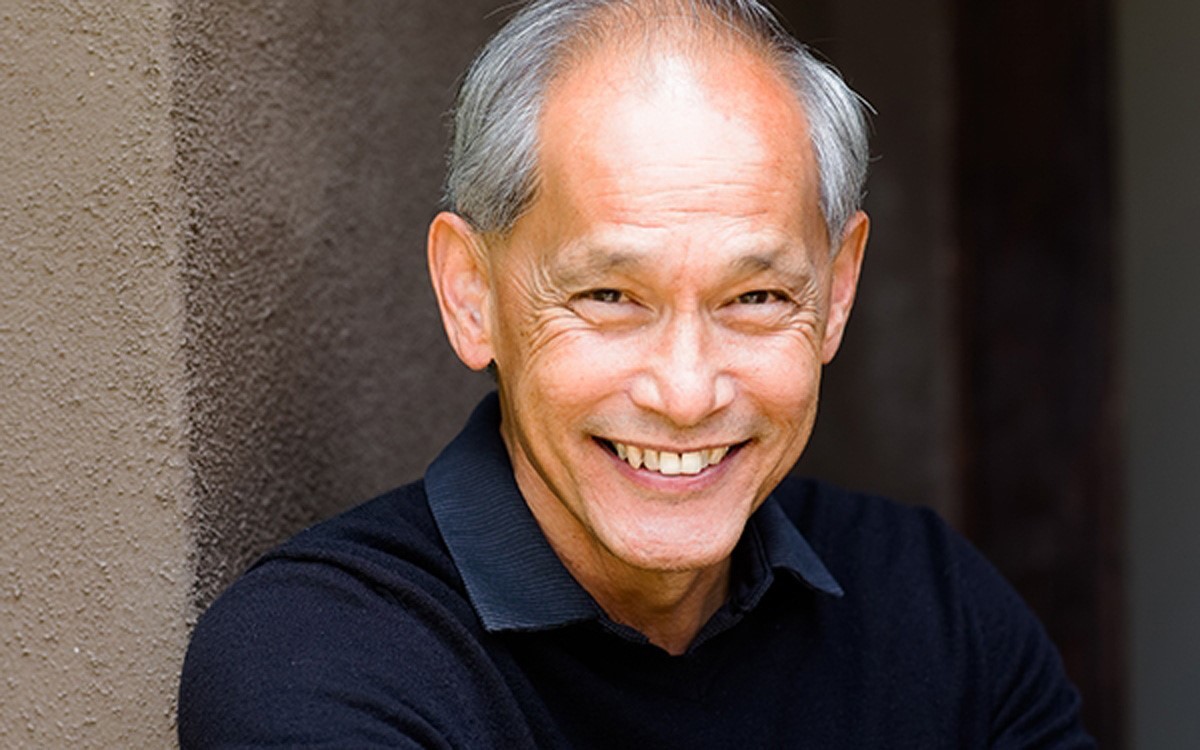 Retired physician and published author Russell Low has donated money for nursing scholarships after being inspired by CSUSM nursing alumni during his recovery from an infection that nearly killed him last year.

Russell Low was in the hospital late last summer, recovering from a mysterious infection that nearly killed him, when he began to think of himself as a ripple.

Ripples and their far-reaching effects have been the overarching theme of much of Low’s adult life. There are the ripples of the thousands of patients he helped during his three-decade career as a radiologist at Sharp Memorial Hospital in San Diego. There are the ripples of his father and uncle, the former of whom was a World War II hero in the Pacific and the latter who died in combat. And there are the ripples of the secret family history that Low unearthed during his second act as a published author – the unlikely love story between two Chinese immigrants in San Francisco in the late 19th century that spawned generations of Chinese Americans, including Low himself.

All of this knowledge weighed heavily on Low’s mind last August as he lay in a bed at Scripps Green Hospital in La Jolla, fighting off a nasty staph infection that doctors told him could have ended his life if left untreated for one more day. Amid his hospitalization and subsequent rehab, he spoke with many nurses, some of whom were alumni of Cal State San Marcos. Not only was he grateful for their excellent level of care, but he was left inspired by their personal stories – the hardships they had overcome, the financial struggles they had faced, the dedication they showed to their work.

“These stories were so compelling,” Low said. “I knew at that moment that I had been given a second chance at life, and I wanted to do something to help them. I was a ripple, and this was my opportunity to live my life differently, to give back to the people who are helping me.”

Low now hopes to create ripples that will benefit others. He and his wife, Carolyn Hesse-Low, a renowned plein air artist, have donated $5,000 to CSUSM to create a scholarship for undergraduate nursing students. Two students who meet certain criteria each will receive $2,500 for the 2022-23 academic year, and Low intends to contribute at least $5,000 annually to continue the scholarship. 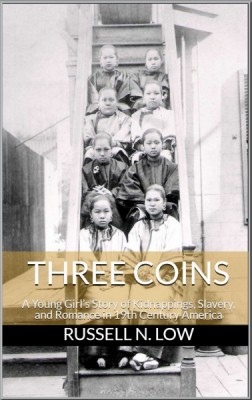 He also delivered a virtual lecture, appropriately titled “Ripples in Time,” on April 19 in which he recounted his remarkable, multigenerational family story and the personal experiences that precipitated his support of CSUSM nursing students. Low tells that tale more deeply in his 2019 book “Three Coins: A Young Girl’s Story of Kidnappings, Slavery and Romance in 19th Century America,” and he will donate all proceeds from his book sales – purchased not just on Tuesday but any date – to support nursing scholarships.

The event Tuesday was hosted by the College of Education, Health and Human Services, and sponsored by the School of Nursing, the CSUSM Student Nurses Association and the Cross-Cultural Center.

“It makes me feel good, but it also makes the people who purchase the book feel good that they’re doing something to help young nurses in training,” Low said.

Listen to Low talk for only a few minutes, and you’ll realize he’s a born storyteller, so much so that you’d swear he’s a lifelong writer rather than a physician who stumbled upon the craft late in life. His quest to document his family’s past began in 1982 when his oldest son was born and he set out to make a family tree, running into snags the farther back he tried to go.

Specifically, Low got stuck on his great-grandparents. Through a relative, he came across a 1903 photograph of his great-grandfather, who Low had discovered was a worker on the transcontinental railroad, and his great-grandmother, about whom little was known. The family lore, as passed down to Low, was that missionaries had brought her from China to America, but Low figured that was unlikely, given the harsh anti-Chinese sentiment in the United States at the time (Chinese women weren’t allowed to enter the country, and after the 1882 Chinese Exclusion Act, Chinese laborers also were barred from entry or U.S. citizenship; this exclusion continued for 61 years).

“The big question at that point was: Who is the wife?” he said. “Where did she come from? Why was she here? She shouldn’t have been here.”

Those questions, and their captivating answers, form the basis of “Three Coins.” The comprehensive research undergirding the book became a saga that lasted almost two decades. In the process, Low uncovered the story of Ah Ying, who was only 9 when she was sold into slavery and brought to America in 1880. She was defiant, refusing to be held down by slave owners, missionaries or Chinese thugs. Against great odds, she survived, fell in love with Hung Lai Wah and started a family.

Low counts himself and his own family – including his two sons, Ryan and Robert – among the generations of descendants of that improbable union.

“There are more than 100 of us now who’ve had incredible lives and accomplishments and contributions that were only possible because of this young girl and her survival and the ripples,” Low said. “The attitude of never giving up hope is key to who these people were and who I am. That kind of resilience really led to generations of Americans.” 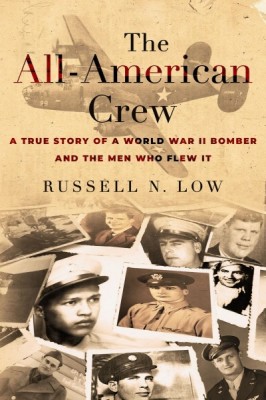 Low retired from his medical practice on Dec. 31, 2019, nine months after the release of “Three Coins.” (This month, he published his second book focused on family history; “The All-American Crew: A True Story of a World War II Bomber and the Men Who Flew It” is about his uncle, Stanley, and the nine crewmates who died in the war.) About a year-and-a-half after retirement, Low embarked with some friends on a backpacking trip in Yosemite National Park. The objective was audacious: Hike 50 miles and climb 9,000 feet of elevation, to the summit of Sing Peak, all with 30-40 pounds of gear strapped to his back.

Low had prepared for the expedition for months by hiking around the hills of La Jolla, and he was feeling great as he neared the peak on the third day. As he tried to scramble over a pile of rocks, however, he lost his balance and fell. Fearing that his head would smash into the stone and result in a subdural hematoma, he was relieved when he looked himself over and found only some abrasions on the back of his right shoulder.

Crisis seemingly averted, he posed for photos with his friends at the top and set out on the long descent. But problems soon emerged. After logging 11 miles on the first day down, Low started to feel his body shutting down. He was shaking so much that a friend thought he was hypothermic and Low thought he might have COVID-19.

He didn’t, though the reality turned out to be even worse. Overcome by fatigue, painfully slow movement and even double vision, he was able to make the long drive home thanks largely to the self-drive mode on his Tesla. Back in La Jolla, he checked into urgent care at the urging of his wife, whereupon he was diagnosed with a staph aureus infection that caused near-fatal sepsis.

Between the hospital and a couple of rehab facilities, Low couldn’t return home for a month, and it took three months for him to walk normally again, in part because of preexisting spinal stenosis made worse by the weeks in bed. Even now, he says he’s still not quite back to full health.

“I don’t understand how it happened or what happened,” he said. “But I have to confess that I’m still very freaked out. When I get a little cut or I get some back pain or neck pain, I’m like, ‘Oh my God, it’s coming back.’ I think that will stay with me for a while.”

Just like the CSUSM nursing alumni who helped save his life and inspired his philanthropy, however, Low is nothing if not resolute in the face of adversity. He is, after all, the great-grandson of Ah Ying.

“Everything in our lives, quite frankly, is part of a much bigger story,” Low said. “I can talk to you about what happened to my great-grandmother and its effects. But everything in our lives is a ripple. It’s just that this near life-ending event was so dramatic. It was a ripple. I am a ripple. And I want to make sure that the outcome of that ripple is a positive one and that something positive grows out of it.”