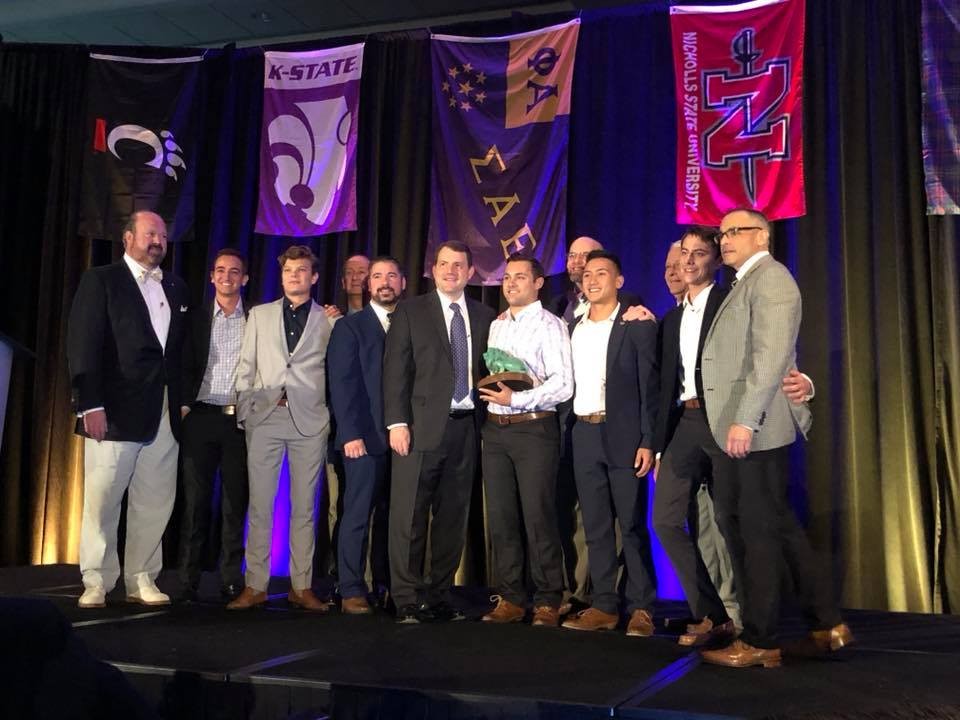 When he first arrived at Cal State San Marcos, Alexander Zarrabian had no interest in Greek life. He had heard all the stories about rowdy college fraternities that cared about partying more than passionate brotherhood and service.

Now a senior in the College of Business Administration, Zarrabian is the proud president of a Sigma Alpha Epsilon chapter that recently received the most prestigious national honor that the fraternity bestows.

In early August, the CSUSM chapter won the John O. Moseley Zeal Award, which recognizes the chapter that “best exemplifies a model chapter in Sigma Alpha Epsilon.” As the SAE website states, “This chapter goes above and beyond expectations and demonstrates true zeal and excitement for the Fraternity, exhibiting a strong bond of brotherhood.”

SAE is based in Evanston, Ill., and this marks the first time that a chapter in the Western region won the award since 1979.

“The award means this chapter is full of driven, hard-working and passionate young men who care so deeply about this chapter, their brothers and what it is they do every day, including philanthropy but also just this campus,” said Zarrabian, who’s on track to graduate this spring with a degree in entrepreneurship management. “It’s an absolute honor to receive the award and be recognized for something we’ve known for 20 years.”

The CSUSM chapter received the award during a ceremony at the end of the three-day John O. Moseley Leadership School, held in Phoenix this year. Zarrabian, who took over as president in May, wasn’t able to attend because he was preparing for final exams in the summer session; in his place, he sent five brothers, including the president and vice president from the 2017-18 academic year.

The CSUSM chapter beat out four other finalists for the award and earned a trophy as well as $5,000 toward its Chapter Education Fund.

“We had no idea going in what the outcome of that day was going to be,” Zarrabian said. “To just be in that top five was amazing to us. And to hear our name called is a totally different ballgame. You feel this rush of euphoria and so proud to be part of this chapter on this campus.”

As part of its winning portfolio, the CSUSM chapter raised more than $20,000 to build a memorial for law enforcement officers killed in the line of duty at SAE national headquarters in Evanston. It also organized a project called Rebuilding the South in which eight brothers traveled to New Orleans for a week to help build houses with Habitat for Humanity.

Zarrabian and his brothers now are aiming to be the first repeat winners of the Zeal award since 2003.

“This award isn’t about the most dollars earned or the most lives impacted,” he said. “This is about passion.”