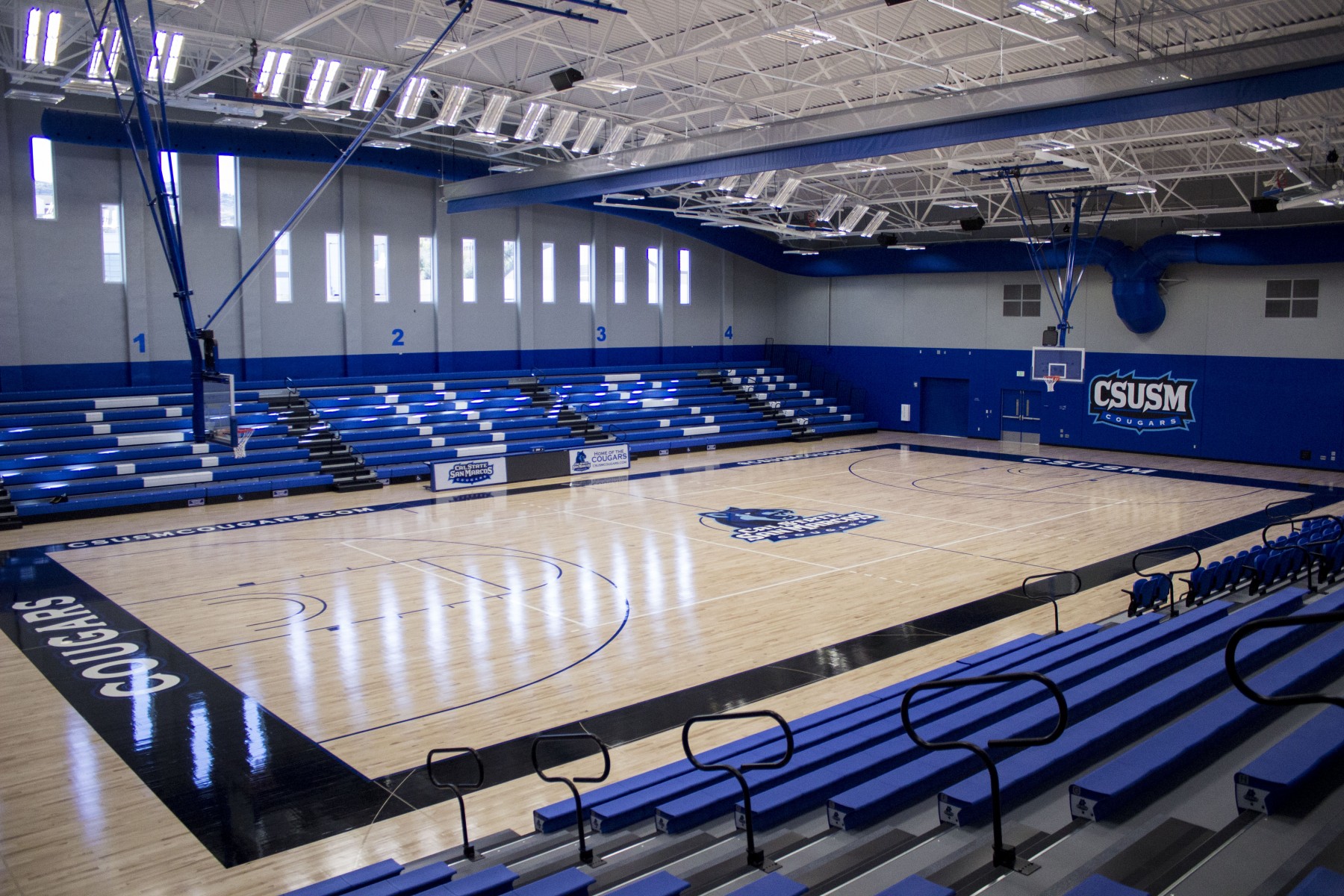 It’s another step in the right direction for Cal State San Marcos.

Forward Together, the University’s first comprehensive fundraising campaign, was a bold ambition. Some wondered if CSUSM aimed too high when setting a goal of raising $50 million.

“We’re one of the youngest Cal State University campuses in the system, and to try and do a campaign at such a young age, well, some saw that as being risky,” said Jennifer Milo, CSUSM’s athletic director. “We don’t have the alumni base yet, but it still was very successful.”

The naysayers didn’t understand the drive of an unrelenting Milo and the steely leadership of CSUSM President Karen Hayes. They were two of the forces behind securing additional scholarship funds for student-athletes, which was a requirement for the Cougars to earn NCAA Division II status.

“Scholarship money is the lifeblood of any program,” said CSUSM women’s basketball coach Renee Jimenez. “They always say, ‘It's the Jimmys and Joes and not the Xs and Os.’ But if you don't have the resources to recruit really good kids and student-athletes, you are definitely at a disadvantage.”

That drawback was underscored when the Cougars departed the NAIA and moved up to the NCAA. Suddenly, CSUSM was competing against different, and better, opponents.

To raise its game meant raising money, and the Cougars’ administration and coaches rolled up their sleeves and did just that. But their work was only a winner because of the community support from people keen on what’s happening at the growing University.

With its eyes on competing for national championships, it’s a natural strategy to fill the coffers toward that aspiration.

“The best teams in the country are the teams with the best scholarships,” CSUSM men's basketball coach B.J. Foster said. “That’s just the way it goes.”

CSUSM coaches no longer need to worry about leaving a recruit’s home concerned about losing another prized student-athlete because of scholarship limitations.

Before the success of the Forward Together campaign, coaches often chased down a recruit only to face them as an opponent during the season.

“That is a very frustrating thing, there is no question about that,” Foster said. “Because of the great location of the school and with the great academic programs that we have here, we have that advantage to go ahead and rival those schools.

“But when you are talking about recruiting against private schools, and even some in our league that are able to offer housing, meals and everything, it's going to trump a beautiful school with great academics because they don’t have to pay for anything.”

Thanks to Forward Together, that’s no longer the case.

“It levels the playing field once that happens and it just gives us more options in recruiting where you can weather an injury or two, which is invariably going to happen,” Foster said.

Foster has held down the fort just fine with limited funds. He can point to having the California Collegiate Athletic Association player of the year in 2017-18 and others on the all-conference first and second teams. But any squad is only as good as its depth, and that was where Foster would see the biggest disadvantage because of limited scholarship funds for his players.

“We’ve had those really good players, but after those three or four guys a lot of the guys were walk-ons or competing on a partial scholarship. If you can put together five or six players the caliber of our best three last year, who knows, you might be competing on the national stage. But when you couldn't do that with your recruiting, that was a very frustrating thing.”

Angst has transitioned to eagerness as a bigger pot of scholarship money continues to transform an athletic program that is already full-steam ahead.

“We’ve made huge strides since 2009 in our department,” Milo said. “The growth in the last nine years has obviously been incredible with our transition to the NCAA. But we wanted to go after the best and brightest student-athletes, so we put our head down in going to work to grow our scholarship capacity.”

The program has been heaven sent for coaches, who can now recruit players who once seemed off-limits.

“I think you are going to see a big jump in performances this year, and in some ways it has nothing to do with what I do as a coach or what Jen does as an administrator,” Jimenez said. “It’s about getting the talent, which Forward Together allows us to do. It’s hard when you have to go into a living room and beg someone to come when you can’t give them what another school is offering them. That is embarrassing for the coaches.”

That’s no longer a concern for CSUSM coaches.

“We can say, ‘Hey, this is what we are going to give you. We can do it in a great location and you will get a fantastic education and a first-class basketball experience,’ ” Jimenez said. “It’s hard turning down good players, and now we feel like we can compete for those players by giving them an offer they can't say no to.”

That so many people said, “Yes” when approached by CSUSM to enhance Forward Together has been revealing.

“For the school to be so young and to see how quickly the community and the donors have grasped on to athletics and helped raise scholarship money is exciting,” Jimenez said. “They are the ones that have their hand prints all over our program.

“It takes everybody to try and win a national championship and everyone has to be involved, from the donors to the administrators to the coaches and the players.”

It’s an endeavor in which everyone is pulling in the same direction on the athletic rope. Those supplying the bang for the athletic buck can’t be overlooked.

“I think it shows that we have finally arrived,” Milo said. “Some of the donors might not even have an allegiance to CSUSM, but their involvement shows that people are ready to invest in our school. They can see the amazing education the students are getting and then believe in the vision presented by President Haynes.

“This might seem like an overnight success, but it has taken a lot of hard work to reach where we are today. Our athletic funding has gone from $150,000 to more than $800,000, but it has taken a lot of work. We’ve gone from people saying, ‘Who is Cal State University San Marcos?’ to us preserving and educating people on who we are and what we do. A lot of people didn’t know about us.”

The Cougars hurdled some of those obstacles with the resounding success of Forward Together.

“Everybody wants to be part of something special,” Foster said. “These additional funds will help build the school spirit and pride in the university. We're going to have something here that the alumni and the community can really sink their teeth into.”