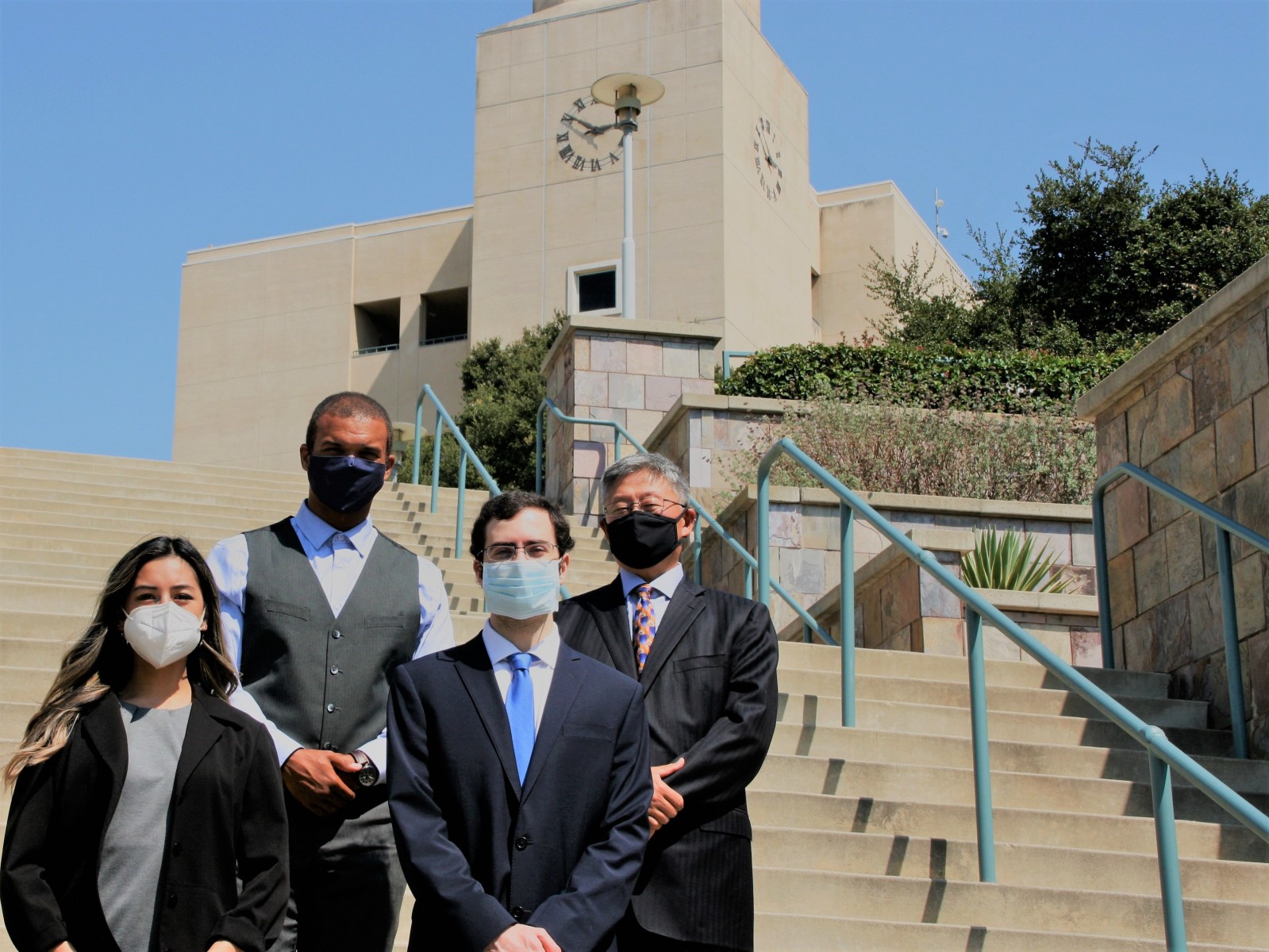 Margie Tumolva was fully invested in her Senior Experience project at Cal State San Marcos last fall. So much so that, as the semester was winding down, she asked professor William Byun a simple question: “What’s next?”

Byun explained that usually nothing happens once a semester ends. Most students move on to the next project or graduation. To further develop a Senior Experience project would often require navigating a seemingly insurmountable wall of bureaucracy.

“Sometimes with students, if you tell them to do something and they don't know they can't do it, they find a way,” Byun said.

Tumolva and another member of her Senior Experience team, Chace Bower, teamed up with recent CSUSM graduate James Bennett and found a way. The result was the founding of Scylla Microgrid, a company focused on the development and operation of commercially attractive, renewable energy-based microgrids.

“Going in with basically no prior knowledge or experience of microgrids didn't really matter,” Tumolva said. “Because when you're passionate and you are diligent, you can discover a lot along the way.”

Bower and Tumolva were part of a five-person Senior Experience team in fall 2019 that was advised by Byun and tasked by the College of Business Administration with creating a campus solar microgrid assessment. The team analyzed a host of aspects, including campus energy demand, electricity billing, procurement procedures, potential vendors and energy regulations.

Although Bennett had graduated the prior semester, he knew Bower and Tumolva from an international finance course they took together that was taught by Byun. Bennett and Bower pursued some additional opportunities with Byun when the course ended and latched onto the idea of a Senior Experience project centered on renewable energy. Though Bennett was graduating, he knew that Tumolva was passionate about sustainability and suggested that Bower reach out to develop a team advised by Byun. Bennett also agreed to serve in a mentor role for the team.

The group went in with little knowledge of microgrids, which are local energy grids that can operate autonomously from a traditional grid.

“We all started with no experience and had to rapidly become very familiar with all the industry terms and specifications for doing projects like this,” Bower said.

As they gained more knowledge, they became more invested in the project. And, to Byun’s delight, they figured out on their own the necessary steps to build the project into a company. Once they did, Byun agreed to help with the early-stage development.

The company name, Scylla, comes from the sea monster in Homer’s “Odyssey.” Bennett noted that Scylla represents one part of a seemingly impossible choice that Odysseus must make, prevailing where many before him failed.

“We see ourselves as similar to Odysseus,” Bennett said. “We hope that our bold perspective and steadfast ambition will allow us to guide CSUSM, and the other universities that need our help, to better and more cost-effective energy distribution.”

Among the company’s first projects, at the suggestion of CoBA Dean Jim Hamerly, is creating a microgrid on campus for Markstein Hall. The project is still winding its way through the campus and CSU approval process, but Scylla is already generating interest internationally. Bower and Byun even co-authored a commentary recently in the San Diego Union-Tribune about how microgrids offer a faster, cheaper solution to electricity needs.

“The big surprise coming out of this was that not only is there demand or an opportunity from other universities within the Southern California region, but internationally universities are trying to go green, especially in more underserved markets,” Bennett said.

Though Bennett, Bower and Tumolva are all recent graduates, they are already trying to give back to the university. Thanks to a generous gift from philanthropists Malin and Roberta Burnham through the Burnham Foundation, Scylla received a Burnham Leadership Experience project grant last spring to fund a Senior Experience team. They have enlisted three more Senior Experience teams this fall, one to examine each stage of the company’s three-part strategy:

“We want to see the Cal State San Marcos project come to fruition,” Bennett said. “It has a special place in my heart and it's kind of my way of giving back to the university that saw fit to educate me and get me a degree.

“The other thing we find value in, especially in the Cal State San Marcos project, is the student engagement. We're continuing to solicit Senior Experience teams not only to assist us in furthering our project, but because we want to provide them with the type of Senior Experience that we had so that we can give them professional experience, get their name out there and say that they've done something before they get their degree.”