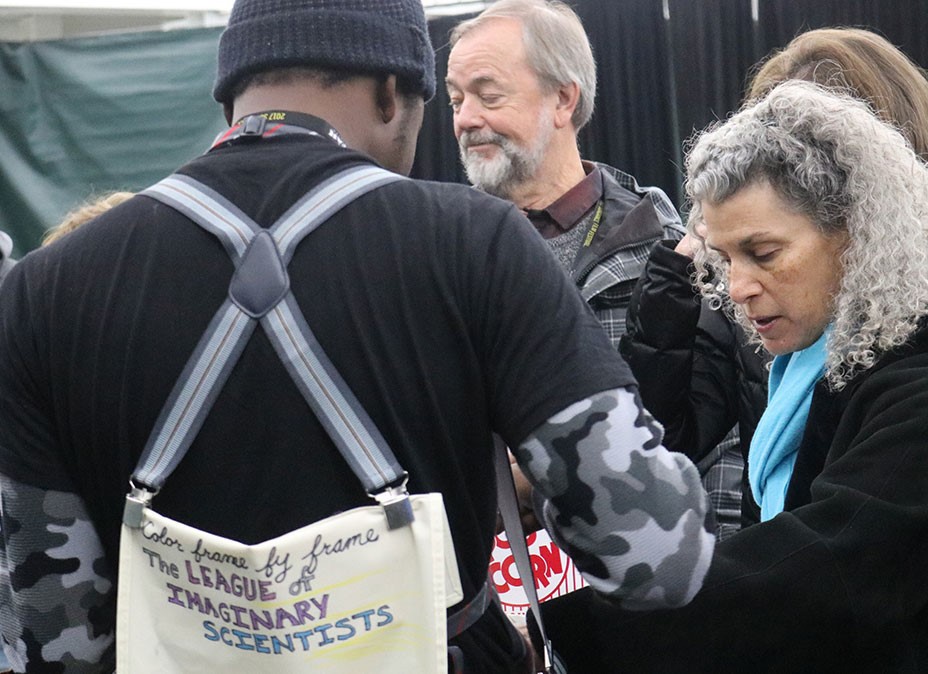 The League of Imaginary Scientists has been making and exhibiting art around the world for more than a decade.

The art collective recently added the renowned Sundance Film Festival to the list.

Lucy HG Solomon, a media design professor in Cal State San Marcos’ School of Arts, is one of the founding members of The League of Imaginary Scientists. The group was invited to submit a project proposal to fill the Sundance Institute’s desire to include a public-art intervention during the festival, which coincided with the presidential inauguration in January.

The result was “The Social Cinema Machine,” an animated film that was made on-site at Sundance with the help of festival-goers.

Though Solomon was unable to be on-site in Park City, Utah, during the festival, she played an integral role in helping to create the project. She noted that one of the key people in Park City for the project development was Kadri Williams, a CSUSM Arts and Technology student who collaborated with students from Alfred State, which is part of the State University of New York system.

“It is important to me that my students have experiences with hands-on undergraduate research, and this project provided an opportunity for first-hand involvement in the process and development of a multi-layered public art and media project,” Solomon said. “Because Kadri is interested in engaging with viewers through creative interventions and discussion about social and political issues, he was a great fit for this project.”

The creation of the film required numerous steps. There was off-site planning of coloring-book style pages, interviews with people at Sundance to drive the development of those pages, people in line at events coloring the pages and a large “machine” constructed to show the output along with an interactive station for live drawing and mixing.

Public participation was a key element of the project and visitors to Sundance were asked to answer questions about their thoughts of the world today through drawings. Sundance attendees, volunteers and participants were invited to color pages with personalized statements and images that became the film frames of the final product that was shown during the awards ceremony at the end of the festival.

“The main intent of the project was to have the participants describe their feelings, hopes and plans as they reflected upon the past year and the years ahead, following the inauguration of President Donald Trump,” Kadri wrote in a paper about the project. “The project was very interactive and led me into a lot of productive conversations that I believe could only be accessed through the power of creative ingenuity.”

“This project is crowd-sourced, so the final product was determined by those who contributed by drawing and writing their thoughts,” she said. “The responses we received were unfettered -- at times playful and at other times forceful. This is apparent in the animation, which includes viewers’ drawings about fashion, the future of humanity and the wall.” 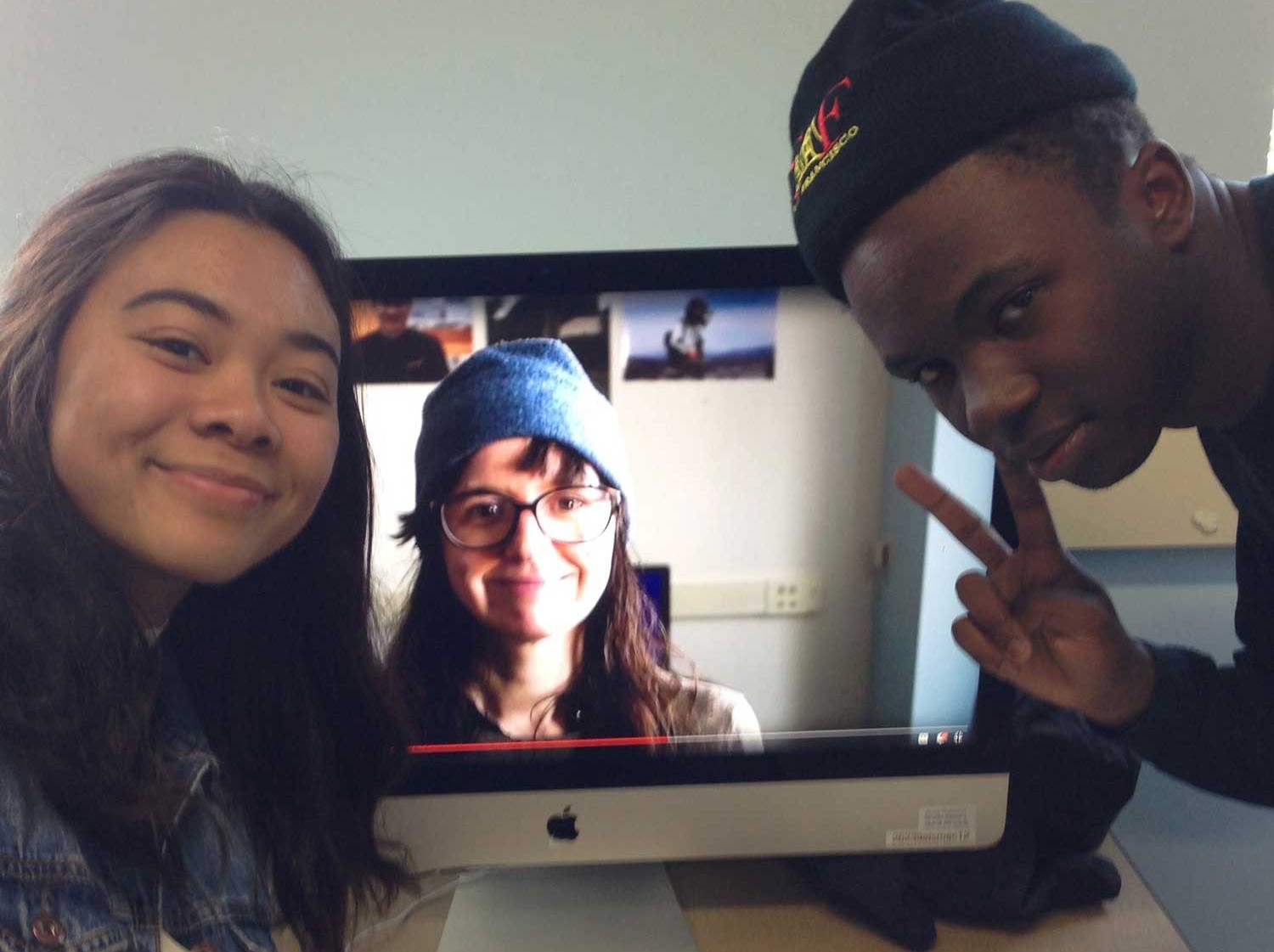