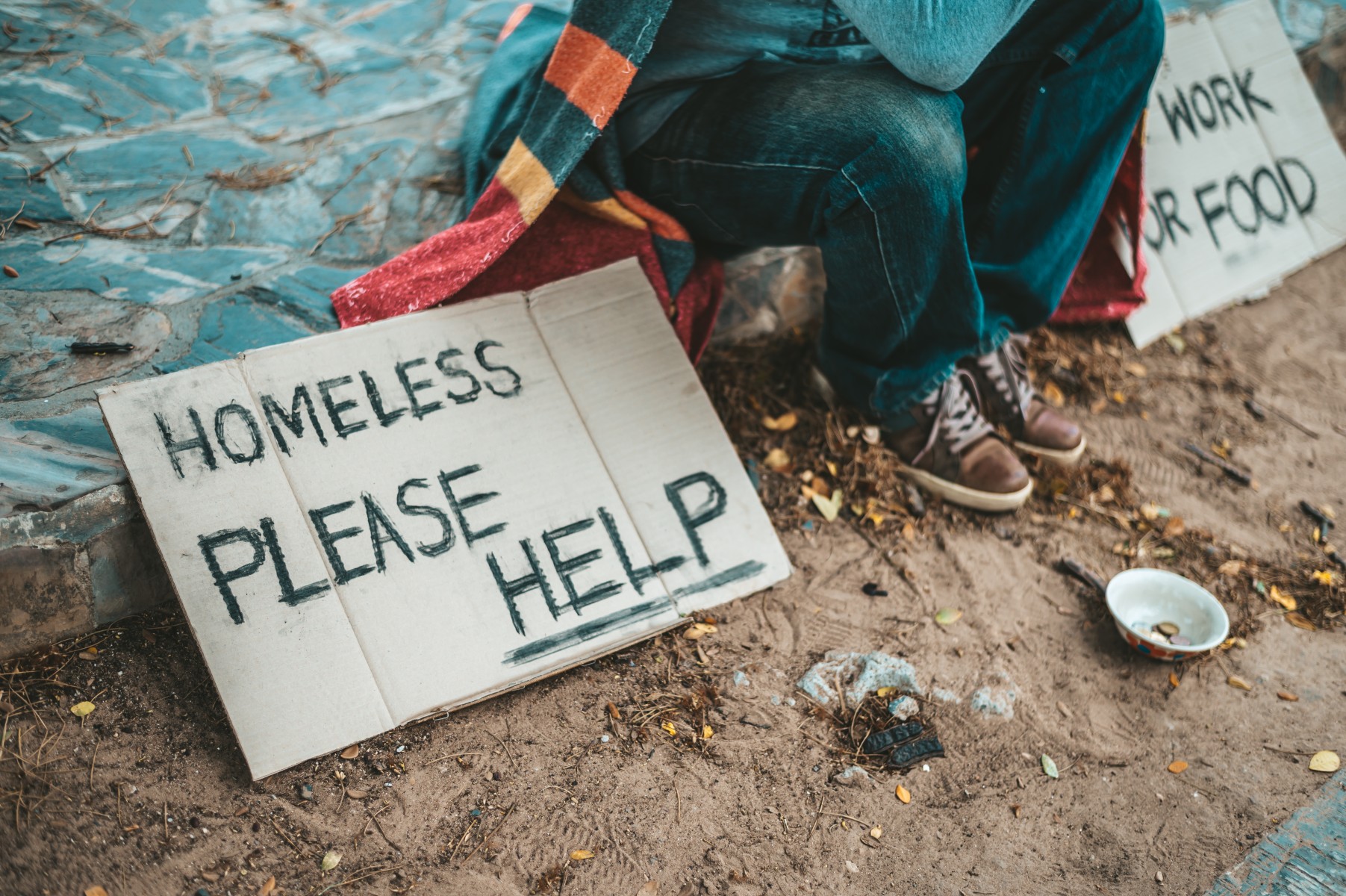 San Diego County has one of the largest homeless populations in the United States.

By any measure, homelessness has become an epidemic in San Diego. According to a report by the U.S. Department of Housing and Urban Development compiled in 2020 and released this March, the city and surrounding area (which includes North County) ranked seventh in the nation in homeless population with a total of 7,638 people.

A local nonprofit called the Lucky Duck Foundation has worked for years to try to alleviate the suffering of San Diego County’s homeless, and in 2019 – having partnered with municipalities, politicians and other civic leaders – the organization decided to enlist area universities in the cause. Lucky Duck convened a series of meetings with scholars from all the local institutions to brainstorm ways to address the crisis, which in turn led to a series of grants to fund studies.

Two years later, that funding is starting to bear fruit. Blake Beecher, chair of the Department of Social Work at Cal State San Marcos, has completed a study – made possible by a $40,000 grant from Lucky Duck – on the perceptions of mental health and substance use services by individuals experiencing homelessness.

“I didn’t really know a lot about what Lucky Duck was doing, but it’s been a great collaboration,” Beecher said. “I’ve been able to get to know a lot of colleagues at different universities.”

Beecher hadn’t researched homelessness specifically, but he was a natural target for the foundation’s generosity because of his extensive work on mental health, behavioral health and substance use, which are known to be significant factors causing the problem. And he accepted the assignment willingly because of his interest in community-engaged research that’s responsive to regional needs.

In partnership with local agencies Interfaith Community Services and Mental Health Systems, the CSUSM research team interviewed 25 homeless individuals in North County. The subjects ran the gamut, with more than half having some college education, the ages ranging from people in their 20s to a man in his 80s, and some living outdoors while others were in a shelter, a hotel or even their vehicle.

Of course, the start of the study coincided with the dawn of a global pandemic that changed the calculus considerably, given the substantial impact of COVID-19 on homelessness in America. COVID and COVID-related effects on technology became two of the dominant themes of the study.

“Certainly, we didn’t anticipate COVID,” Beecher said. “We also didn’t anticipate that there would be pros and cons. Some people said, ‘I really benefited from the COVID environment. I got into a shelter that I’ve been trying to get into for two years, or it really helped me focus on self-care, or I got more resources.’ Whereas others were like, ‘I was more isolated, I didn’t participate in services, I lost my job.’

“That was interesting, and it impacted how they saw providers and agencies that were providing support. Because then as agencies transitioned to virtual, how helpful people saw those services or whether they engaged in them or not influenced their perceptions.”

Other key findings of the study include:

As a research assistant, Carbajal contributed to the study from beginning to end, and even after graduating with a master’s degree in May, she’s still working with the team as it develops a journal article for publication. She even was able to use part of the research project for her thesis in the MSW program.

“As a social worker, I felt that I was able to understand the importance of being completely present while listening to our research subjects as they told us their stories,” said Carbajal, who plans to pursue a social work license and possibly a Ph.D. in the field. “As I went through the process of analyzing our data, I realized how important it was to not only record the words that our participants told us, but to fully embrace the essence and feelings of what it was that they were trying to communicate. This was important, as matters of systemic injustice, trauma and pain were shared with us.”

Beecher said he hopes to finish the journal submission by the end of the year, but in the meantime, he’s creating an executive summary for local mayors and nonprofits that provide mental health and substance use services.

“There are some key constituents we want to reach out to,” he said. “One thing coming out of this study is that there really needs to be a lot more mental health support. We’ve got to be able to fund it because we’re funding it regardless. Are we going to fund it in prevention and providing support? Or are we going to fund it through emergency room visits and the correctional system?

“I think we should use funds to move into the preventative realm to maintain people in housing before they lose it in the first place, or to keep people in sobriety or mental health stability before it gets to the point where they’re homeless.”