Stacked Against Statistics: PhD Project Professors Aim to Inspire the Next Generation of Business Leaders 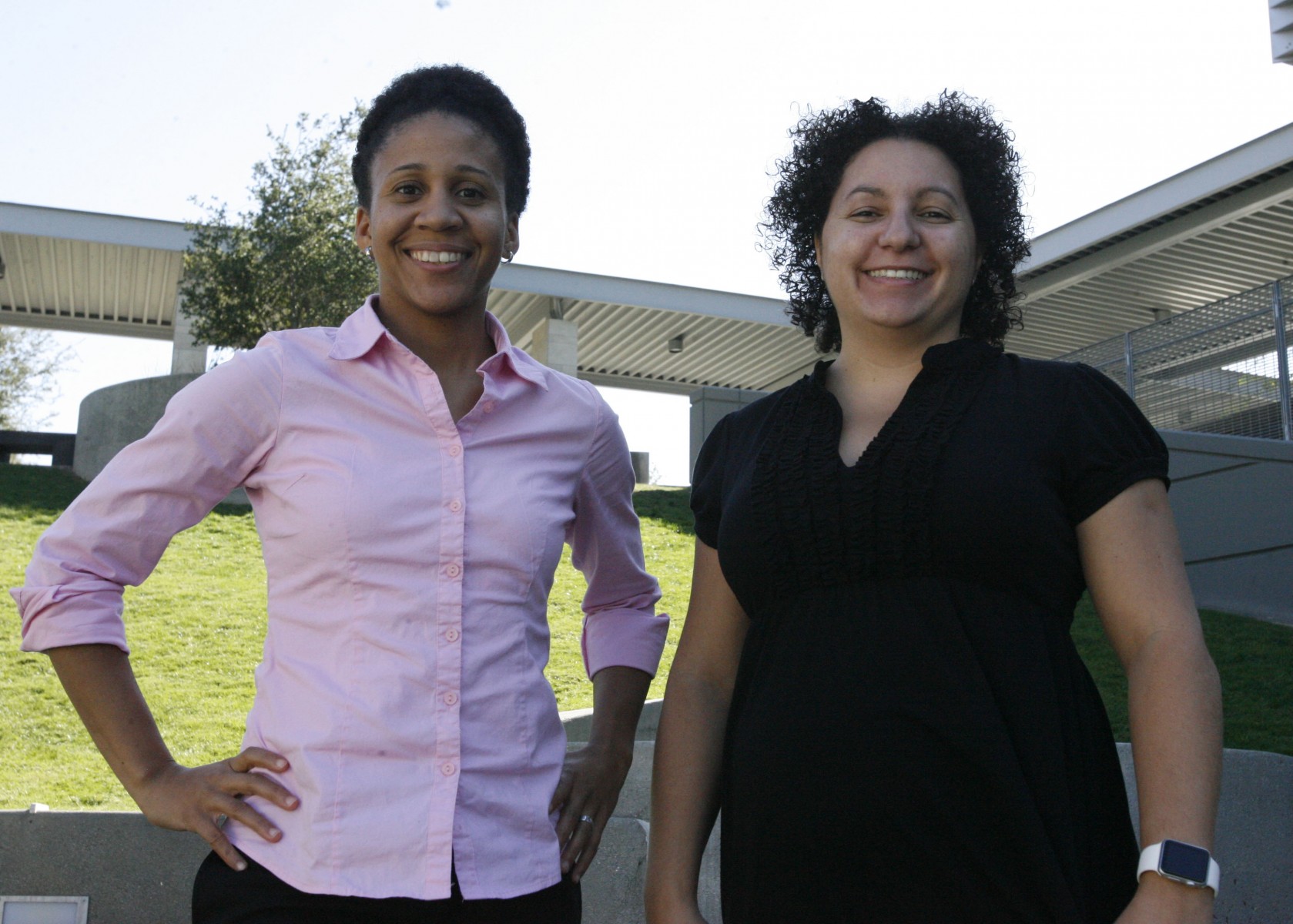 Becoming a business student can be a very isolating, lonely experience for traditionally underrepresented minority students because role models are still so few and far between.

Although in the last 20 years the number of African-, Hispanic- and Native American business professors has jumped from 294 nationwide to 1,267, thanks to the work of The PhD Project, there is much more work to be done. The PhD Project is a non-profit founded upon the premise that advancements in workplace diversity could be propelled forward by increasing the diversity of business school faculty. It reports that there are currently another 313 minorities enrolled in doctoral programs with the aim of becoming business professors.

Now two new Cal State San Marcos business faculty, Rebecca Perren and Kristen Stewart, are applying what they’ve learned through their involvement with The PhD Project to mentor the next generation of business professionals currently studying in the College of Business Administration. 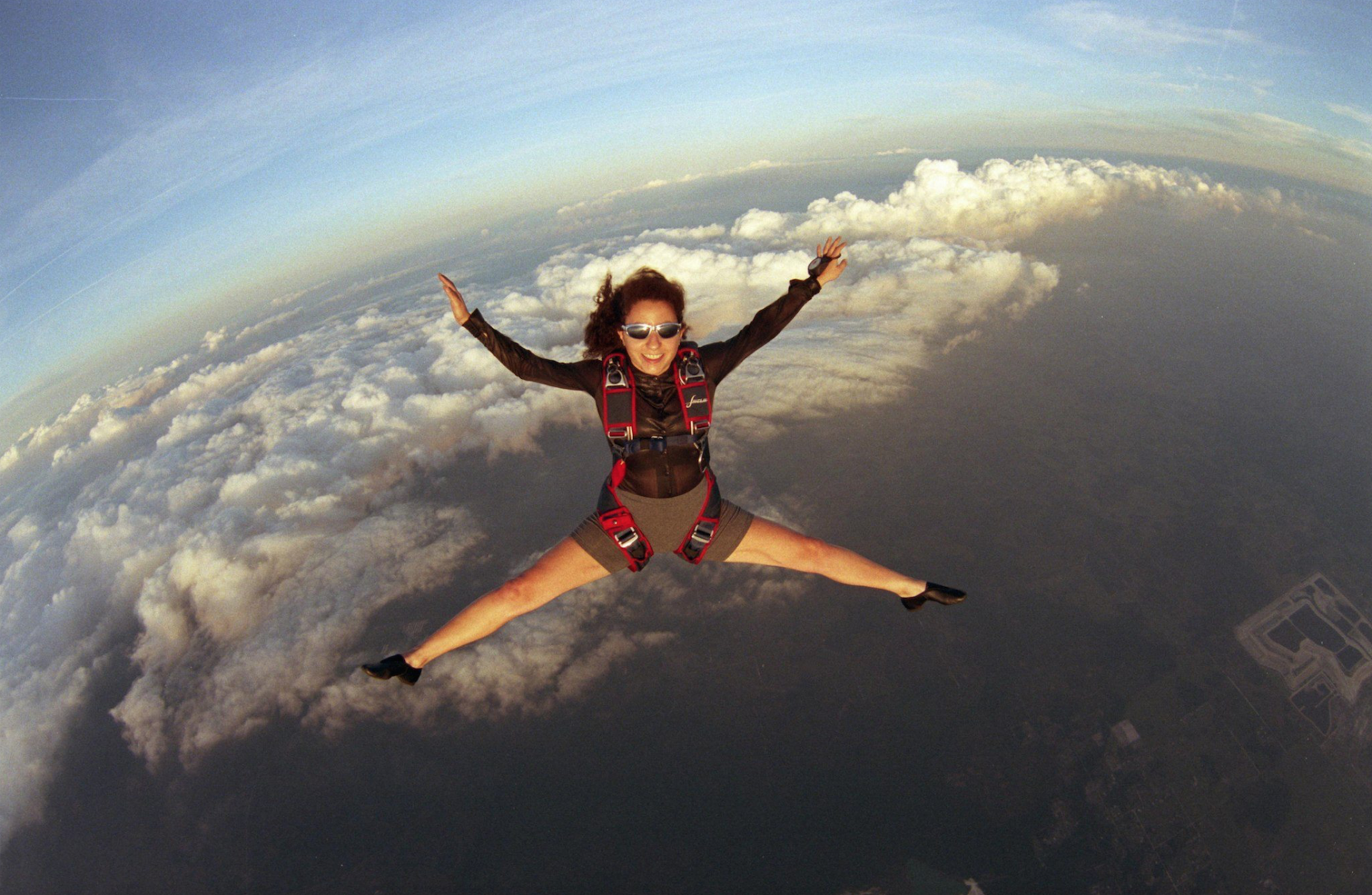 Perren was not the traditional doctoral student. Before she took the plunge to pursue a Ph.D. she spent ten years plunging out of planes as a professional skydiver. Now she is a driven educator who hopes to develop a love for life-long learning in her students.

“No one ever thought I would be a business professor,” said Perren, who earned her Ph.D. from the University of Central Florida and started on the faculty at CSUSM in August. “But earning a Ph.D. is the biggest test of persistence and commitment. People are always waiting for the right time to start, but the right time is now.”

Perren is co-chair of The PhD Project’s Committee for Hispanic Excellence. Their effort to strengthen and expand workforce diversity and educational opportunities for the Latino community was recognized by the President in early October, along with 150 other public and private sector organizations that answered the White House Initiative on Educational Excellence for Hispanics’ 25th anniversary call to action.

“Less than thirty percent of Hispanics enrolled in undergraduate programs across the nation complete their degree,” said Perren. “I think this is incredibly concerning.”

According to Perren, that statistic is significantly lower than any other racial group and is what motivated her and her co-chair to do something to make a difference.

“The committee will support the initiative through tool kits for faculty that include ready-made presentations on how to give information to students and parents, as well as suggestions on forming mentorships and getting involved in organizations tailored for Hispanic students within their institutions,” said Perren.

As a Latina, Perren understands firsthand the challenge that today’s minority students face in their journey toward a college degree. That’s why she is so passionate about mentorship.

“We want to deploy this network of Hispanic professors,” said Perren, who is one of only 31 female Hispanic marketing professors in the nation. “If we could mobilize them and proactively reach out and mentor these students, we can close the gap and have a chance to make an impact at the undergraduate level.”

Perren is excited about the possibilities to impact the next generation of minority students and professors and believes that CSUSM positions her perfectly for those opportunities.

“As an institution we have been successful with Latino graduation rates,” said Perren. “I can use this opportunity to showcase what we do well at CSUSM on a national level.” 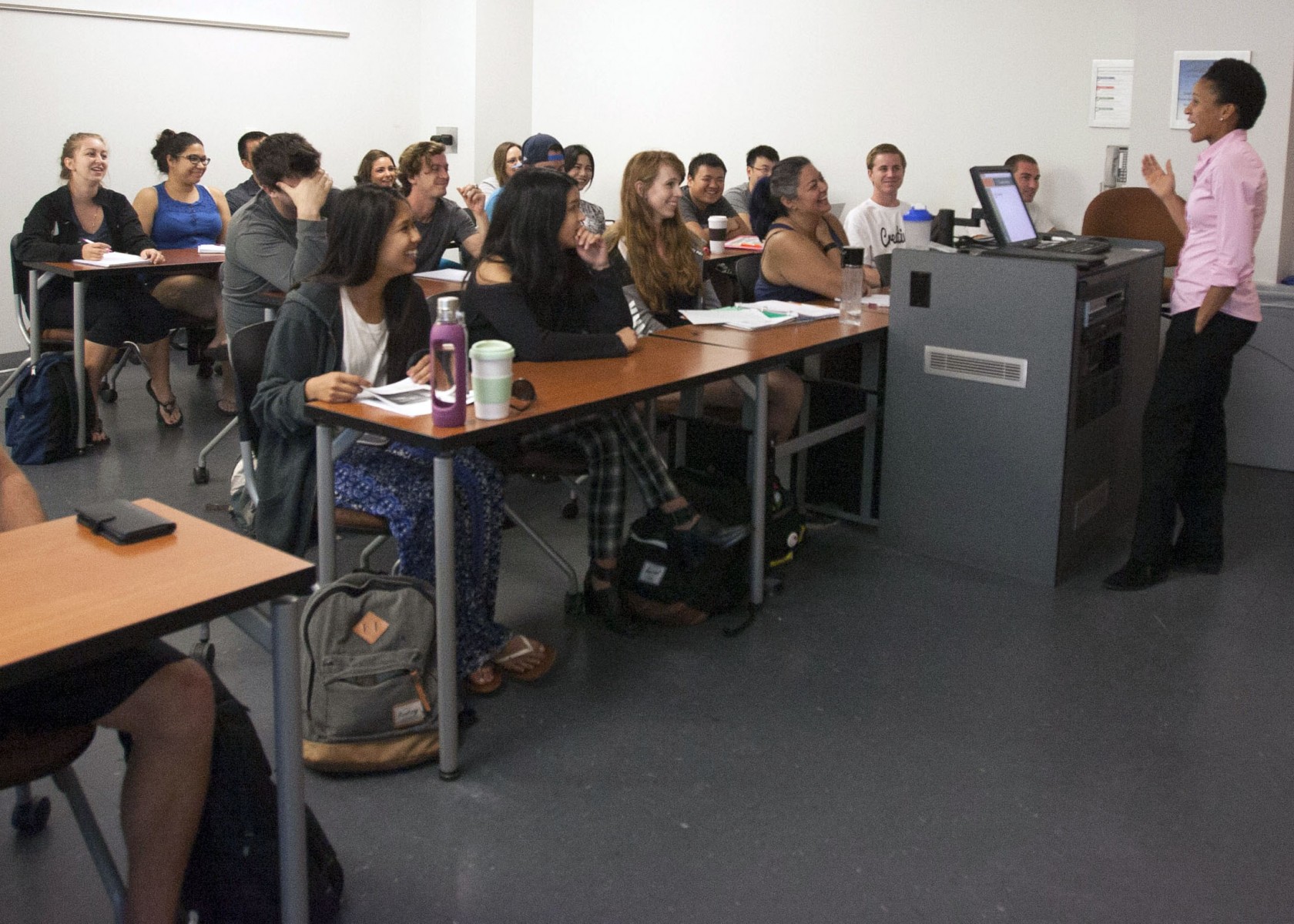 The College of Business Administration is also the new home to another PhD Project member, Kristin Stewart, an African-American marketing professor who shares the same values with Perren when it comes to access to education and mentorship. She also joined the faculty in August.

“Many people fail to realize their potential because they don't know where or how to start,” said Stewart. “I was 22 when I realized that I would like to be a professor, but I did not imagine I could actually do it. I had professors that I aspired to be like, but I believed that they were something I could never be.”

In 2012 only 15 percent of enrolled undergraduate students in the nation were African-American. That number is expected to increase 26 percent between now and 2022 according to a report published by Excelencia in Education.

Stewart is very passionate about her career and because of that she is motivated to formally and informally mentor students.

“I care about what I do and deliberately invest a great deal of time, energy and thought into anything I am associated with,” said Stewart, who received her Ph.D. from the University of Texas at Austin. “The students I’ve met here emit purpose and determination and I like that. I want to teach students who want to be taught, and I want to continue to encounter diverse groups.”

The PhD Project was critical to supporting and guiding Stewart through her doctoral program and assisting her with job placement.

“I was encouraged through each milestone of my degree, which can be quite challenging,” said Stewart. “I was also able to collaborate with many others who completed their degree and received feedback and advice on how to be successful.”

The new marketing professor has already hit the ground running, currently conducting research on how consumers associate sound with verticality.

“The research conducts experiments on consumers to test whether the sound logos companies use inspire thoughts of movement upwards and downwards, as these thoughts may cause certain feelings about a brand,” said Stewart. “The results have demonstrated that sound logos are associated with verticality, and companies that use sound logos might inadvertently influence consumer’s attitudes toward their brands.”

According to Stewart, she looks forward to giving back by providing students with the inspiration and guidance they need to achieve their educational goals.

“It’s never too late to start,” she reflected “Don't be afraid to ask questions and voice concerns. It is easy to be intimidated by all the ‘smart people,’ but this is a community and a very welcoming one. Knowledge is power. Not just power to make more money or have more influence, but power to make better decisions and set out plans to optimize the direction of your life.”

For more information about The PhD Project, visit www.phdproject.org.

Stacked Against Statistics: PhD Project Professors Aim to Inspire the Next Generation of Business Leaders